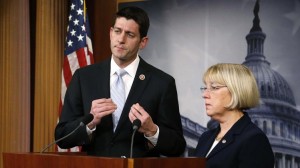 “This is an absolute fraud. They’re afraid of reality. They have no sense, the Republican establishment,” he continued. “They have no sense of small government values that they were elected to put into law.”

“Wow, tell us how you feel,” co-panelist Juan Williams joked.

“There is no distinction between John Boehner and Nancy Pelosi on this,” the judge asserted.