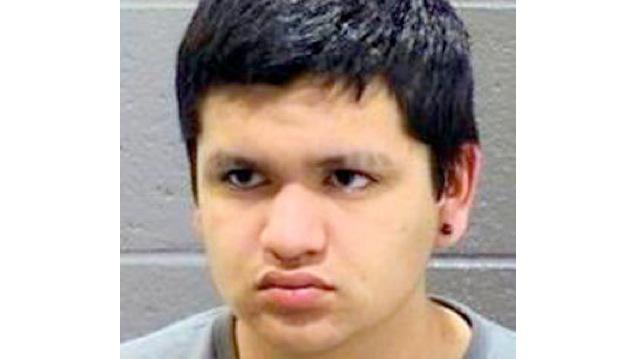 In an astounding feat that defies several of the known laws of nature, a 17 year old North Carolina boy managed to shoot himself in the head while his hands were cuffed behind his back. Allegedly, young Jesus Huerta died while he was alone, locked in the back of a police cruiser, after having been patted down.

Yes, you read that right. The Durham PD is spinning it that way. I couldn’t make this stuff up if I tried. If this is baffling to you, it’s okay. The police chief realizes that if you aren’t a cop, you might not understand how this could happen.

Lopez said a handgun was found in the car and that Huerta was still handcuffed from behind. He said the wound was self-inflicted.

“The medical examiner’s office has confirmed that Jesus Huerta died from a gunshot wound to his head,” Lopez said. “Whether that wound was accidental or intentional is unknown at this time.”

“I know that it is hard for people not in law enforcement to understand how someone could be capable of shooting themselves while handcuffed behind the back,” Lopez said. “While incidents like this are not common, they unfortunately have happened in other jurisdictions in the past.” (source)

Jesus Huerta had been arrested on an outstanding warrant for second degree trespassing at the time of the fatal shooting, which occurred last month.

Huerta’s family is not buying the official story for a second.

“How did Jesús end up dead in the parking lot at police headquarters in these circumstances?  Searched.  Handcuffed behind the back.  How is it even possible to shoot oneself?” the statement reads. (source)

The Huerta family has presented a petition with 16,000 signatures to the FBI, demanding that the Department of Justice launch a federal investigation into the death of Jesus Huerta.

“We want answers about how my brother died,” said Evelin Huerta in a written release. “But that can’t be taken out of the context of a police department with a history of discriminating against black and Latino people. Durham Police Department has a problem, and it will take the Department of Justice to make sure no one else loses a son and a brother like my family did.” (source)