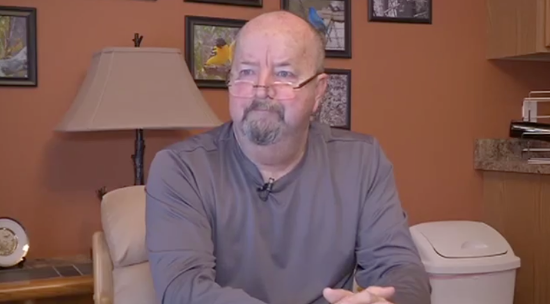 Add another one to the “no good deed goes unpunished” file.

David Bowers was working as a store greeter at the Meijer store in Gaylord when he left his post to help a customer put out a fire in the parking lot.

He knew his actions were against company policy, but he believed that customer’s needs came first in this case:

Bowers quickly extinguished the fire and returned to his post. Shortly after, he was called into the store director’s office and was told he was being suspended.

One supervisor said something unbelievable to Bowers:

“The one supervisor told me that my heart was in the right place, but my brain wasn’t.”

Representatives for Meijer said they can’t comment on staff matters, but issued the following statement about the incident:

Apparently the safety of this particular customer wasn’t a “top priority.”

Ken Kuzon is the man Bowers helped, and he can’t understand the firing:

“My truck would’ve been completely burned – that fire was going. I just think it’s ridiculous why should you be penalized for being a good samaritan.”

Bowers said he was suspended several years ago for leaving his post to chase a shoplifter, but he is baffled about the company’s decision to fire him:

“I thought that was what we were supposed to do, you know you have somebody that is in need, don’t you help them, but I guess not.”

Yes, Mr. Bowers – you DO help them. One would think that a company would be grateful for having an employee with such strong ethics, but it seems that those days are long gone.