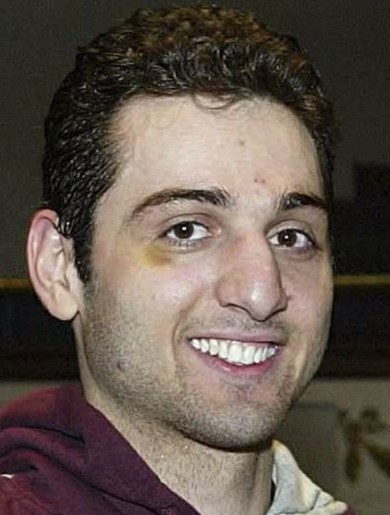 Suspected Boston marathon bomber Tamerlan Tsarnaev believed that he was a victim of mind control, according to the results of a five month investigation published Sunday by the Boston Globe.

Tsarnaev, who was killed in a shootout with police four days after allegedly carrying out the bombings with his brother Dzhokhar Tsarnaev, was thought to have “some form of schizophrenia,” according to family friends, while his mother said Tsarnaev “felt like there were two people living inside of him.”

“He believed in majestic mind control, which is a way of breaking down a person and creating an alternative personality with which they must coexist,” Donald Larking, a 67-year-old who attended a Boston mosque with Tamerlan, told the Globe. “You can give a signal, a phrase or a gesture, and bring out the alternate personality and make them do things. Tamerlan thought someone might have done that to him.”

The link between allegations of mind control and violent acts such as political assassinations or terror attacks has been a running theme in numerous different high profile cases.

Aurora theater gunman James Holmes said he was “programmed” to carry out the massacre by an “evil” therapist, according to an alleged inmate of the ‘Batman’ shooter. Steven Unruh claims that Holmes told him he “felt like he was in a video game” during the shooting and that he had been brainwashed with the aid of neuro-linguistic programming.

The parallels between James Holmes and another alleged victim of mind control – RFK assassin Sirhan Sirhan – are astounding.

As the London Independent reported in 2005, evidence strongly indicates that Sirhan was a Manchurian candidate, a victim of mind control who was set up to be the fall guy for the murder. Sirhan was described by eyewitnesses as being in a trance-like state as he pulled the trigger.

“There was no way Sirhan Sirhan killed Kennedy,” said (Sirhan’s lawyer Larry) Teeter….He was the fall guy. His job was to get busted while the trigger man walked out. He wasn’t consciously involved in any plot. He was a patsy. He was unconscious and unaware of what was happening – he was the true Manchurian Candidate.”

The CIA’s use of mind control to create killers is a matter of historical record. MK-ULTRA was the code name for a covert, illegal CIA human research program, run by the Office of Scientific Intelligence that came to light in 1975 through investigations by the Church Committee, and the Rockefeller Commission. 14-year CIA veteran Victor Marchetti insists that the program is ongoing and has not been abandoned.

According to his lawyers, Sirhan Sirhan “was an involuntary participant in the crimes being committed because he was subjected to sophisticated hypno programming and memory implantation techniques which rendered him unable to consciously control his thoughts and actions at the time the crimes were being committed,” and served only as a diversion for the real assassin.

Were the Tsarnaev brothers set up or brainwashed into carrying out the Boston marathon bombing? It’s a claim that would be virtually impossible to prove, but it would explain a number of extraordinary contradictions pertaining to the case, including why the brothers apparently shouted “we didn’t do it” during their shootout with police.

The aunt of Tamerlan Tsarnaev claims that the footage which emerged of police arresting a naked uninjured man was her nephew, contradicting the official narrative that Tsarnaev was critically injured in a shootout and suggesting he may have been killed while in custody.

According to Tamerlan’s mother Zubeidat Tsarnaeva, the FBI “were controlling his every step.” It was subsequently confirmed that both the FBI and the CIA added the brothers to at least two terrorist watch lists in late 2011.