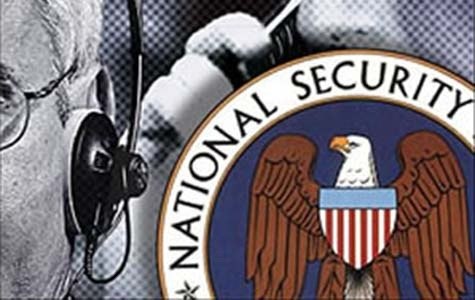 On Monday DC District Court Judge Richard Leon handed down a ruling that the National Security Agency’s bulk data collection of metadata violates the Fourth Amendment and has issued a preliminary injunction against the entire program, but has stayed the order pending appeal.

The lawsuit was issued by legal activist and Freedom Outpost contributor Larry Klayman.

“I cannot imagine a more ‘indiscriminate’ and ‘arbitrary invasion’ than this systematic and high-tech collection and retention of personal data on virtually every single citizen for purposes of querying it and analyzing it without judicial approval,” wrote Leon. “Surely, such a program infringes on ‘that degree of privacy’ that the Founders enshrined in the Fourth Amendment.”

Leon’s 68-page opinion is the first significant legal setback for the NSA’s surveillance program since it was disclosed in June in news stories based on leaks from former NSA contractor Edward Snowden. For seven years, the metadata program has been approved repeatedly by numerous judges on the Foreign Intelligence Surveillance Court and found constitutional by at least one judge sitting in a criminal case.

The Justice Department persuaded those courts that the collection of information on the time and length of calls, as well as the numbers called, did not amount to a search under the Fourth Amendment because that information is routinely available to telephone companies for billing purposes and is shared with those firms voluntarily.

Government lawyers and the judges who found the NSA program legal pointed to a 1979 Supreme Court ruling, Smith v. Maryland, which found no search warrant was needed by police to install a device which recorded the numbers dialed on a particular phone line.

But Leon said the three-decade-old precedent was not applicable to a program like the NSA’s because of its sophistication and because telephone use has become far more intense in recent years.

“The ubiquity of phones has dramatically altered the quantity of information that is now available and, more importantly, what that information can tell the Government about people’s lives,” Leon wrote. “I cannot possibly navigate these uncharted Fourth Amendment waters using as my North Star a case that predates the rise of cell phones.”

“I have significant doubts about the efficacy of the metadata collection program as a means of conducting time-sensitive investigations in cases involving imminent threats of terrorism,” Leon wrote. “The government does not cite a single instance in which analysis of the NSA’s bulk metadata collection actually stopped an imminent attack, or otherwise aided the Government in achieving any objective that was time-sensitive in nature.”

“The question that I will ultimately have to answer when I reach the merits of this case someday is whether people have a reasonable expectation of privacy that is violated when the government, without any basis whatsoever to suspect them of any wrongdoing, collects and stores for five years their telephony metadata for purposes of subjecting it to high-tech querying and analysis without any case-by-case judicial approval,” he wrote. “For the many reasons set forth above, it is significantly likely that on that day, I will answer that question in plaintiffs’ favor.”

In laying out his conclusion, Judge Leon rejected the Obama administration’s argument that a 1979 case, Smith v. Maryland, meant that there is no Fourth Amendment protections for call metadata — information like the numbers called and received and the date, time and duration of the call, but not the content.

The Foreign Intelligence Surveillance Court, which secretly approved the N.S.A. program after hearing arguments from only the Justice Department, has maintained that the 1979 decision is a controlling precedent that shields the program from Fourth Amendment review. But Judge Leon said the scope of the program and the way people use phones today distinguishes the N.S.A. data collection from the type at issue in that case.

“Put simply, people in 2013 have an entirely different relationship with phones than they did 34 years ago,” he wrote. “Records that once would have revealed a few scattered tiles of information about a person now reveal an entire mosaic — a vibrant and constantly updating picture of the person’s life.”

It seems that this was vindication for NSA whistleblower Edward Snowden. Praising the judge’s ruling, Snowden said in statement:

“I acted on my belief that the N.S.A.’s mass surveillance programs would not withstand a constitutional challenge, and that the American public deserved a chance to see these issues determined by open courts.”

“Today, a secret program authorized by a secret court was, when exposed to the light of day, found to violate Americans’ rights. It is the first of many.”

“The ruling underscores what I have argued for years: The bulk collection of Americans’ phone records conflicts with Americans’ privacy rights under the U.S. Constitution and has failed to make us safer,” Sen. Mark Udall (D-CO) said in a statement. “We can protect our national security without trampling our constitutional liberties.”

Justice Department spokesman Andrew Ames said that the DOJ would be reviewing the court’s decision in preparation for appeal.