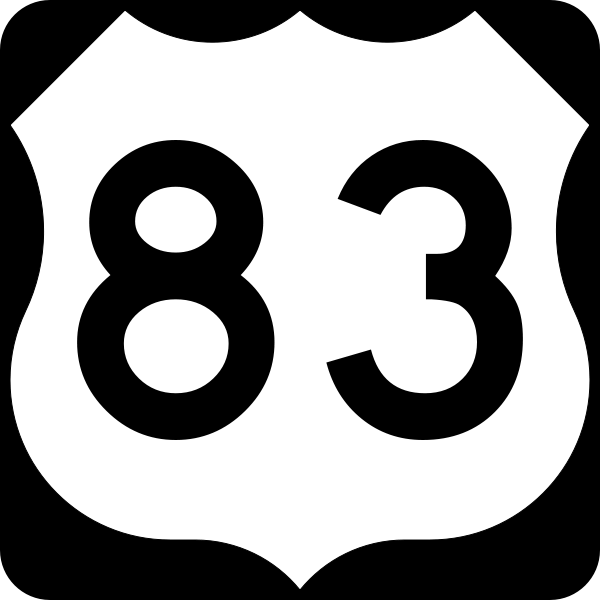 During 2013, America continued to steadily march down a self-destructive path toward oblivion.  As a society, our debt levels are completely and totally out of control.  Our financial system has been transformed into the largest casino on the entire planet and our big banks are behaving even more recklessly than they did just before the last financial crisis.  We continue to see thousands of businesses and millions of jobs get shipped out of the United States, and the middle class is being absolutely eviscerated.  Due to the lack of decent jobs, poverty is absolutely exploding.  Government dependence is at an all-time high and crime is rising.  Evidence of social and moral decay is seemingly everywhere, and our government appears to be going insane.  If we are going to have any hope of solving these problems, the American people need to take a long, hard look in the mirror and finally admit how bad things have actually become.  If we all just blindly have faith that “everything is going to be okay”, the consequences of decades of incredibly foolish decisions are going to absolutely blindside us and we will be absolutely devastated by the great crisis that is rapidly approaching.  The United States is in a massive amount of trouble, and it is time that we all started facing the truth.  The following are 83 numbers from 2013 that are almost too crazy to believe…

#1 Most people that hear this statistic do not believe that it is actually true, but right now an all-time record 102 million working age Americans do not have a job.  That number has risen by about 27 million since the year 2000.

#2 Because of the lack of jobs, poverty is spreading like wildfire in the United States.  According to the most recent numbers from the U.S. Census Bureau, an all-time record 49.2 percent of all Americans are receiving benefits from at least one government program each month.

#3 As society breaks down, the government feels a greater need than ever before to watch, monitor and track the population.  For example, every single day the NSA intercepts and permanently stores close to 2 billion emails and phone calls in addition to a whole host of other data.

#4 The Bank for International Settlements says that total public and private debt levels around the globe are now 30 percent higher than they were back during the financial crisis of 2008.

#9 JPMorgan Chase is roughly the size of the entire British economy.

#10 The five largest banks now account for 42 percent of all loans in the United States.

#11 Right now, four of the “too big to fail” banks each have total exposure to derivatives that is well in excess of 40 trillion dollars.

#12 The total exposure that Goldman Sachs has to derivatives contracts is more than 381 times greater than their total assets.

#13 According to the Bank for International Settlements, the global financial system has a total of 441 trillion dollars worth of exposure to interest rate derivatives.

#15 It is being projected that up to 100 million more Americans could have their health insurance policies canceled by the time Obamacare is fully rolled out.

#16 At this point, 82.4 million Americans live in a home where at least one person is enrolled in the Medicaid program.

#17 It is has been estimated that Obamacare will add 21 million more Americans to the Medicaid rolls.

#18 It is being projected that health insurance premiums for healthy 30-year-old men will rise by an average of 260 percent under Obamacare.

#19 One couple down in Texas received a letter from their health insurance company that informed them that they were being hit with a 539 percent rate increase because of Obamacare.

#21 The U.S. government has spent an astounding 3.7 trillion dollars on welfare programs over the past five years.

#23 According to Consumer Reports, the number of children in the United States taking antipsychotic drugs has nearly tripled over the past 15 years.

#24 The marriage rate in the United States has fallen to an all-time low.  Right now it is sitting at a yearly rate of just 6.8 marriages per 1000 people.

#25 According to a shocking new study, the average American that turned 65 this year will receive $327,500 more in federal benefits than they paid in taxes over the course of their lifetimes.

#26 In just one week in December, a combined total of more than 2000 new cold temperature and snowfall records were set in the United States.

#27 According to the U.S. Census Bureau, median household income in the United States has fallen for five years in a row.

#28 The rate of homeownership in the United States has fallen for eight years in a row.

#29 Only 47 percent of all adults in America have a full-time job at this point.

#30 The unemployment rate in the eurozone recently hit a new all-time high of 12.2 percent.

#31 If you assume that the labor force participation rate in the U.S. is at the long-term average, the unemployment rate in the United States would actually be 11.5 percent instead of 7 percent.

#33 There are 1,148,000 fewer Americans working today than there was in November 2006.  Meanwhile, our population has grown by more than 16 million people during that time frame.

#34 Only 19 percent of all Americans believe that the job market is better than it was a year ago.

#35 Just 14 percent of all Americans believe that the stock market will rise next year.

#36 According to CNBC, Pinterest is currently valued at more than 3 billion dollars even though it has never earned a profit.

#37 Twitter is a seven-year-old company that has never made a profit.  It actually lost 64.6 million dollars last quarter.  But according to the financial markets it is currently worth about 22 billion dollars.

#38 Right now, Facebook is trading at a valuation that is equivalent to approximately 100 years of earnings, and it is currently supposedly worth about 115 billion dollars.

#39 Total consumer credit has risen by a whopping 22 percent over the past three years.

#40 Student loans are up by an astounding 61 percent over the past three years.

#41 At this moment, there are 6 million Americans in the 16 to 24-year-old age group that are neither in school or working.

#42 The “inactivity rate” for men in their prime working years (25 to 54) has just hit a brand new all-time record high.

#43 It is hard to believe, but in America today one out of every ten jobs is now filled by a temp agency.

#45 According to the Social Security Administration, 40 percent of all U.S. workers make less than $20,000 a year.

#46 Approximately one out of every four part-time workers in America is living below the poverty line.

#47 After accounting for inflation, 40 percent of all U.S. workers are making less than what a full-time minimum wage worker made back in 1968.

#48 When Barack Obama took office, the average duration of unemployment in this country was 19.8 weeks.  Today, it is 37.2 weeks.

#49 Investors pulled an astounding 72 billion dollars out of bond mutual funds in 2013.  It was the worst year for bond funds ever.

#50 Small business is rapidly dying in America.  At this point, only about 7 percent of all non-farm workers in the United States are self-employed.  That is an all-time record low.

#51 The six heirs of Wal-Mart founder Sam Walton have as much wealth as the bottom one-third of all Americans combined.

#52 Once January 1st hits, it will officially be illegal to manufacture or import traditional incandescent light bulbs in the United States.  It is being projected that millions of Americans will attempt to stock up on the old light bulbs before they are totally gone from store shelves.

#53 The Japanese government has estimated that approximately 300 tons of highly radioactive water is being released into the Pacific Ocean from the destroyed Fukushima nuclear facility every single day.

#55 As you read this, 60 percent of all children in Detroit are living in poverty and there are approximately 78,000 abandoned homes in the city.

#56 Wal-Mart recently opened up two new stores in Washington D.C., and more than 23,000 people applied for just 600 positions.  That means that only about 2.6 percent of the applicants were ultimately hired.  In comparison, Harvard offers admission to 6.1 percent of their applicants.

#57 At this point, almost half of all public school students in America come from low income homes.

#58 Tragically, there are 1.2 million students that attend public schools in the United States that are homeless.  That number has risen by 72 percent since the start of the last recession.

#59 According to a Gallup poll that was recently released, 20.0 percent of all Americans did not have enough money to buy food that they or their families needed at some point over the past year.  That is just under the all-time record of 20.4 percent that was set back in November 2008.

#60 The number of Americans on food stamps has grown from 17 million in the year 2000 to more than 47 million today.

#61 Right now, one out of every five households in the United States is on food stamps.

#62 The U.S. economy loses approximately 9,000 jobs for every 1 billion dollars of goods that are imported from overseas.

#64 According to one survey, approximately 75 percent of all American women do not have any interest in dating unemployed men.

#65 China exports 4 billion pounds of food to the United States every year.

#66 Overall, the United States has run a trade deficit of more than 8 trillion dollars with the rest of the world since 1975.

#68 It is being projected that the number of Americans on Social Security will rise from 57 million today to more than 100 million in 25 years.

#69 Back in 1970, the total amount of debt in the United States (government debt + business debt + consumer debt, etc.) was less than 2 trillion dollars.  Today it is over 56 trillion dollars.

#72 If the U.S. national debt was reduced to a stack of one dollar bills it would circle the earth at the equator 45 times.

#74 The U.S. national debt is on pace to more than double during the eight years of the Obama administration.  In other words, under Barack Obama the U.S. government will accumulate more debt than it did under all of the other presidents in U.S. history combined.

#75 The federal government is borrowing (stealing) roughly 100 million dollars from our children and our grandchildren every single hour of every single day.

#76 At this point, the U.S. already has more government debt per capita than Greece, Portugal, Italy, Ireland or Spain.

#78 As of December 5th, 83 volcanic eruptions had been recorded around the planet so far this year.  That is a new all-time record high.

#79 53 percent of all Americans do not have a 3 day supply of nonperishable food and water in their homes.

#80 Violent crime in the United States was up 15 percent last year.

#81 According to a very surprising survey that was recently conducted, 68 percent of all Americans believe that the country is currently on the wrong track.

So do you have any numbers from 2013 that you would add to this list?  If so, please feel free to share them by posting a comment below…