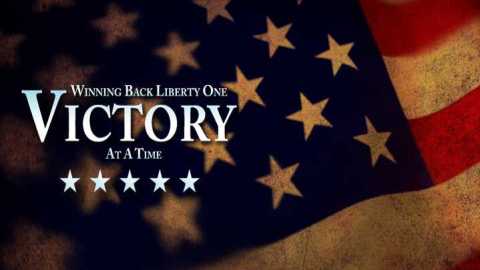 Following the passionate plea of Daphne Lee against the National Defense Authorization Act, which went viral on video just a couple of weeks ago, the Clark County Commission passed her resolution in a 6-0 vote just after noon on Tuesday. We encouraged you to email and call the commissioners and you came through.

While the resolution did not contain the kind of language found in the Albany, New York Resolution, which allowed for the use of force against military should they seek to enforce the NDAA against Albany’s citizens, PANDA (People Against the NDAA) said “the effort and education that came out of this push has been tremendous.”

According to the PANDA report, Commissioner Tom Collins left the room when the resolution came up for a vote. Voters should be made aware of this fact that Mr. Collins betrayed them by his absence.

At the end of 2012, Nevada introduced an anti-NDAA bill, which was sponsored by Nevada State Senator Don Gustavson.

Earlier this year, the Las Vegas City Council passed their version of Daphne’s resolution. This now makes the first joint city/county resolution passed in response to the NDAA.

This is good news people! One individual brought this to light and got thousands to join her in the fight. Upon Daphne’s video going viral, she was interviewed by former Texas Congressman Ron Paul. When she took the issue before the commission on December 3, 2013, she had 15 people join her in support of her resolution.

Lee was not one to take “no” for an answer. When the commission decided they wanted to delay a vote on the resolution for two weeks, she took the time to pen an editorial and blast it out to the local news channel, which then sparked more support for her efforts. Many of these people called and emailed, turning up the heat on the commissioners.

Following the bit of exercise of free speech, she had more than 40 people show up with her in support. It kind of reminds you of that scene in Braveheart where Mel Gibson’s William Wallace tells Robert the Bruce that if he would just lead the people to freedom they would follow. In this case, Mrs. Lee was doing just that.

She told a gathering of supporters against the NDAA, “I am so proud today that I can say my home town stands on the side of liberty when she is tested. The Las Vegas City Council and Clark County Commission have courageously stepped up to voice dissent against these egregious provisions, and for that, I am grateful.”

For many of you out there, you are wondering what you can do. You feel insignificant to make any real headway, but remember, all politics are local. Learn from Daphne. Take your case forward on things you support or are against just like she did. If you are against the NDAA, don’t just type it out on the keyboard or scream at the wall. Take up a resolution in your city, county or advance a bill to your state representatives. For more details on how you can work to nullify the NDAA in your city, county or state, contact Dan Johnson with PANDA here.

See pictures from the meeting here.