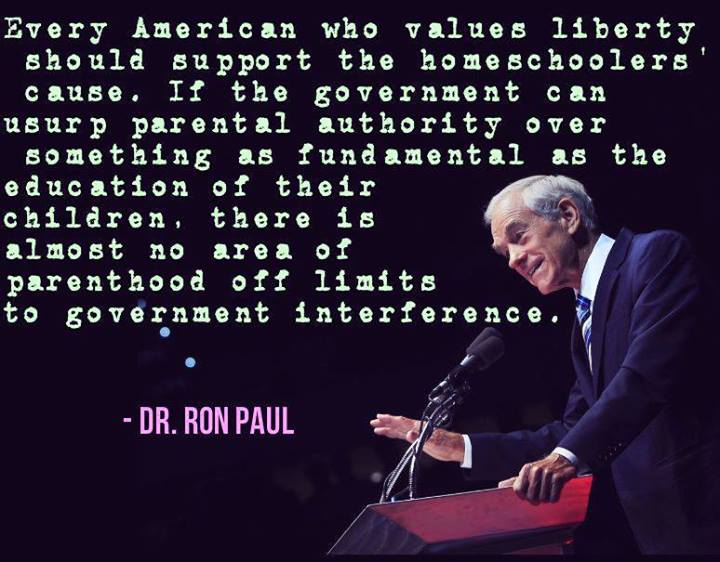 If you live in Ohio and homeschool your children, you may soon be subjected to intrusive background checks and investigations, courtesy of social services.

On December 3, 2013, Senate Bill 248 was introduced by Senator Capri Cafaro. The bill would require all parents who homeschool to undergo a social services investigation to determine if homeschooling is “in the best interest of the child.”

Parents and children would have to be interviewed separately as part of the investigation.  The information gathered during the interviews and though background checks would be used to determine whether or not homeschooling is recommended for a family.

If it is not recommended, parents would have to submit to an “intervention” before further consideration of their request to homeschool.

Why was this bill introduced?  The story behind it is tragic, as the Home School Legal Defense Association explains:

SB 248 was offered by sponsors as a way to respond to the death of 14-year-old Teddy Foltz-Tedesco in January 2013. News reports indicate that Teddy had been abused for years by his mother’s boyfriend, Zaryl Bush. After teachers reported abuse to authorities, Teddy’s mother withdrew him from public school, allegedly to homeschool him. Reports tell a sad story of a broken home where neighbors, friends, family, police, teachers and others knew Teddy was suffering ongoing abuse. Finally, Bush beat Teddy so severely that he later died of his injuries. Both Bush and Teddy’s mother are now in prison. A news report can be found online.

But if passed, will the bill protect children from child abuse?

Teddy Foltz-Tedesco was killed because those responsible for protecting him did not step in as the law or common sense would have dictated. Why? Although news reports indicate that abuse had been reported for years prior to Teddy’s death, it does not appear that any serious intervention was made by government authorities charged with investigating such allegations. Why was not enough done to protect Teddy from known abuse?

What if the SB 248 had been in place when Teddy’s mother decided to homeschool?  What if she didn’t get approved?  Would that have prevented his abuse and death?  Proponents of the bill may believe that attending school every day exposes children to others, and abuse is therefore more likely to be noticed and reported.  But in Teddy’s case, reports indicate that family members, neighbors, police, and child services workers knew he was being abused for years and did nothing about it.

The Homeschool Legal Defense Association states that the bill violates fundamental American values, including parents’ fundamental right to direct their children’s education without unwarranted government interference, and citizens’ right to be presumed innocent until proven guilty:

Requiring government agents to investigate parents and children before homeschooling is allowed violates both of these fundamental principles of freedom. Such a process in no way solves the problem that led to Teddy’s tragic death—rather the bill merely serves as a smokescreen more likely to obstruct a clear view of what happened to Teddy.

As a practical matter, if properly followed, current laws already provide sufficient authority for the government to investigate and intervene in cases of abuse. And the current legal structure for homeschool families whereby local school districts are notified and families demonstrate annual academic progress has worked well for nearly 25 years. Parents should not have to jump over the hurdles that SB 248 would create to remove their children from bad situations in traditional schools, such as abuse, bullying, or inadequate education.

Furthermore, children’s services employees are just not equipped or qualified to decide where children go to school. Is the Ohio legislature going to authorize hiring the hundreds of new “homeschooling agents” required under this bill? Or will you just tolerate the further stretching of resources so that more children like Teddy do not receive the attention they deserve?

This bill is poorly designed, does not solve the problem, unduly burdens innocent families, and prevents parents from making decisions that are in the best interest of their children. Please withdraw Senate Bill 248 and focus your reform efforts in a way that will actually solve the problem rather than violating the rights of fit parents.

Teddy was a victim of a system that let him slip through the cracks. Homeschooling didn’t cause his death – an inadequate system and the lack of enforcement of child protection laws that are already in place did.