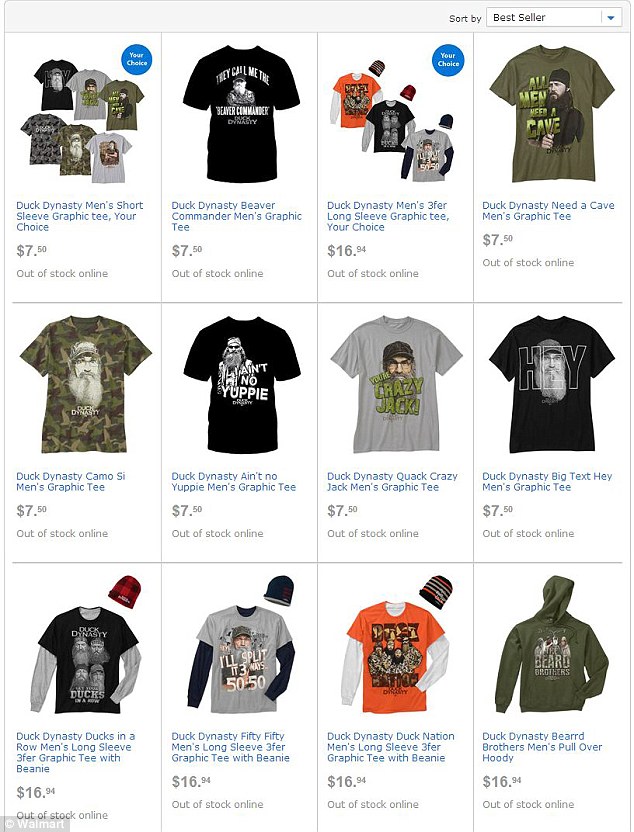 The Phil Robertson suspension continues to inspire justified reactions from the conservative community. On Friday there were reports of beefed security, death threats, suspicious packages, merchandise sell outs and a lot of backlash toward the gay community.

A&E received death threats, suspicious packages and decided to beef up security as reported by Deadline.com:

A&E Network has had to beef up security at its New York headquarters after receiving death threats and suspicious packages from people enraged about the network’s decision to suspend Duck Dynasty patriarch Phil Robertson. No formal meetings are schedule today between A&E and the Robertson clan, who yesterday issued a statement saying they “cannot imagine” doing the show without Phil — which, loosely translated, means “No Phil – no show.” That said, the network, which has had a good working relationship with the family (as the clan noted in its statement), is “always talking to them,” as one source with knowledge of the family said. The decision to suspend Phil Robertson triggered a firestorm and has created some strange bedfellows; last night Jon Stewart defended Phil’s “right to say ignorant shit” — joining Phil defenders Sarah Palin, who’d tweeted “Those ‘intolerants’ hatin’ and taking on the Duck Dynastypatriarch for voicing his personal opinion are taking on all of us,” and Republican Louisiana Gov. Bobby Jindal, who’d  pronounced it “It is a messed up situation when Miley Cyrus gets a laugh, and Phil Robertson gets suspended.”

No one should condone any death threats. This is an unpopular decision but there are ways to make a point without calling for violence.

In another predictable development, shoppers around the country started buying up all of the Duck Dynasty merchandise they could find. In an article by U.K.’s Daily Mail, some interesting screen shots were provided as proof of the buying frenzy. 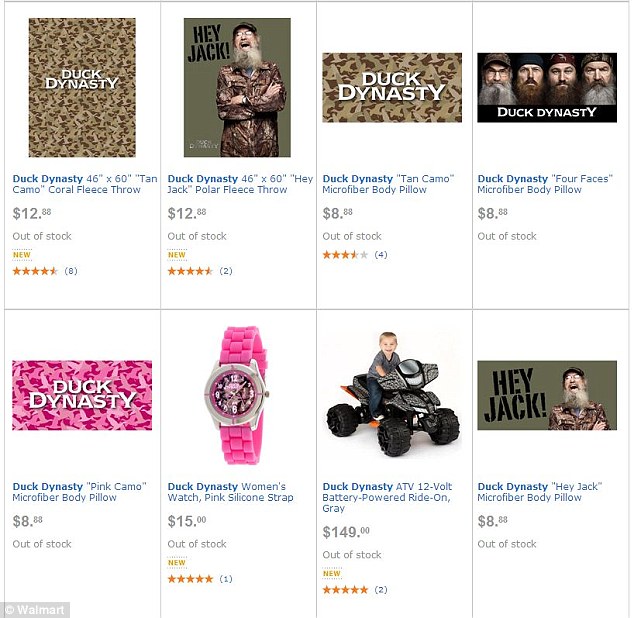 The article included various opinions and jabs about Duck Dynasty fans continuing to put money into the pockets of A&E, but I don’t think that is the point. There were likely three types of people buying this merchandise.

Consequently I don’t think that tweets like this one completely grasp the whole of the situation:

I am not saying that “JoeMyGod” does not have a point, but it is much more complex than something that can be stated in “140 characters or less.” Every product we buy likely supports someone who we would rather not make wealthier. But people are rallying around the Robertson Family more than they are protesting A&E with these purchases. That is my opinion.

In the fallout over Wednesday’s suspension of “Duck Dynasty” star Phil Robertson by A&E for anti-gay and racist remarks, GLAAD is experiencing record levels of backlash.

“In the five-and-a-half years I’ve worked at GLAAD, I’ve never received so many violently angry phone calls and social media posts attacking GLAAD for us speaking out against these comments,” the media watchdog organization’s vice president of communications Rich Ferraro told TheWrap.

He said those reactions range from those who simply believe as Robertson believes to those who feel that GLAAD and A&E’s actions limit the reality star’s free speech.

“I don’t think this is about the first amendment,” Ferraro said. “I feel it’s more about the America we live in today. That is one where Americans, gay and straight, are able to speak out when people in the public eye make anti-gay and racist remarks.”

Who would have thought that a simple Louisiana country boy would cause such a stir?

People are coming out in droves to support Phil Robertson.

People would rather pump more money into A&E, knowing that the Robertson Family will get a cut of it, than to keep throwing money at lying, murdering, backstabbing, treasonous thieves who do nothing but tell us what we want to hear to get elected.

Phil Robertson didn’t say what all of us wanted to hear but rather said what all of us needed to hear. The Bible is still the authority in this country and do not let anyone tell you it is not. It is the book we still swear upon when we take oaths (unless you are John Brennan). The principles of this book formed our constitution. Our laws were written in accordance with this book. How can people not see that?

And for anyone who says that “we are no longer a Christian nation” you might check your calendar. Christmas is still the only federal holiday that falls on any religious holy day.

Do you know what A.D. means?

It doesn’t mean “after death” as I used to think. It is a simple abbreviation for anno domini, a Latin phrase that means “in the year of our Lord.”

Yes America we are a Christian nation and much like Peter we have denied Christ far too many times. Phil Robertson simply chose not to do that on this occasion and now he is paying for it.

But make no mistake… people are waking up.

And by the way… for those of you looking for leadership I think brother Phil could teach you a thing or two. Stop putting men and women of politics on pedestals and look to the only One who can truly lead this country back to greatness.

For those of you who are looking for a leader for the revolution that is to come, you have been overlooking the obvious for far too long. The leader has always been there.