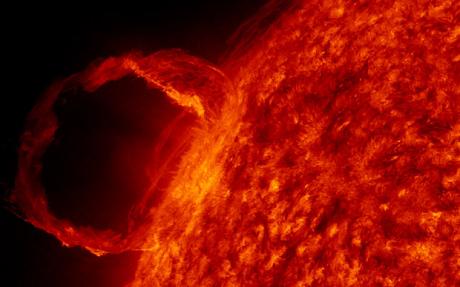 An official report prepared by John Kappenman, an independent consultant, was commissioned by The Oak Ridge National Laboratory in 2010. The report is summarized in The JASON report on Impacts of Severe Space Weather on The Electrical Grid, project number 13119022.

JASON is an independent group of some 60 scientists that advises the United States government on science and technology that could have national implications. It is run by the non-profit making MITRE Corporation in Virginia.

There is a massive amount of information in the report which was published in November 2011. For the technically minded, transformers are discussed in detail, highlighting the problems that space weather impacts could, and does have on them. There are examples from around the world of the damage caused to electrical grids when a coronal mass ejection hits the Earth. There are details of different types of space weather, their effects and likely outcomes of such incidents.

Kappenman based his findings on past space weather, the effects felt at the time and how the advances in technology since that time would be affected by a similar event.

Page 51-54 of the JASON report is of particular interest. It summarizes Kappenman’s findings. It is somber reading. 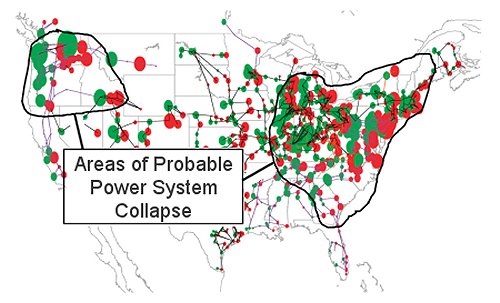 A US map of vulnerable transformers with areas of probable system collapse encircled.  Credit: National Academy of Sciences.

At risk transformers in the same scenario 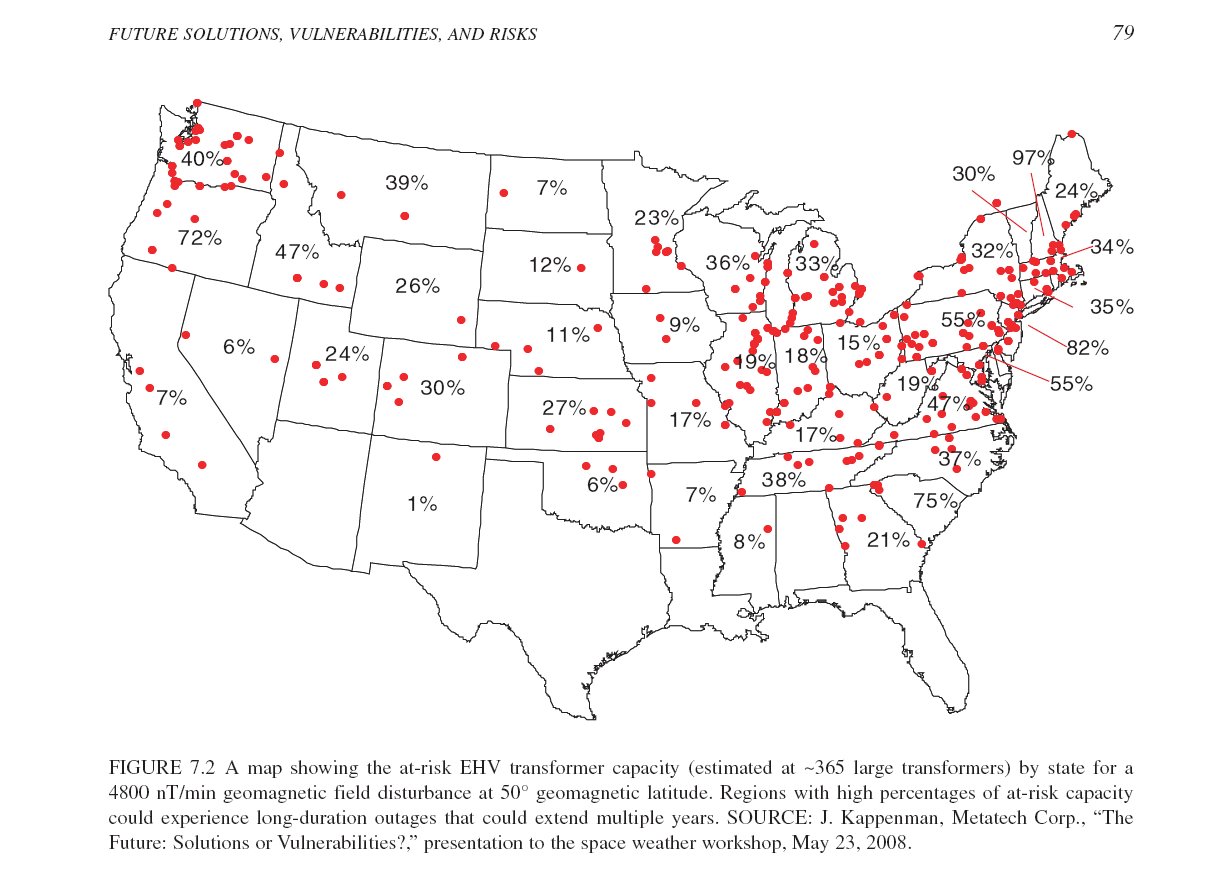 ( To make the writing legible the map is way too big so you can read the details in the JASON report, page 53, here. )

Kappenman based his findings on past storms. It goes without saying that should future storms be more severe than those the scenario is based on, then the damage caused will also be more severe.

We have become so reliant on electricity in the last 200 years, it’s difficult to imagine life without it. Those who rely on refrigerated medications would be hard hit within hours of the power going off, as would those who rely on regular oxygen cylinder deliveries to their homes.

The usual back up power in hospitals is 72 hours. After that life support machines and operating rooms will cease to function.

Pumps at gas stations will no longer dispense fuel affecting everything from the family car to the food supply.

Water treatment and pumping stations will cease to function, again this will affect a wide range of services we take for granted, drinking water, sanitation and even firefighting will be limited or non-existant for millions. Contestation over water in lakes and rivers will be a source of ongoing conflict for years after the event.

Many factories that make parts for transformers will not be able to do so, leaving the United States at the mercy of foreign powers for transformers and parts. (If those countries have not been affected by the event themselves.)

The very fabric of the only society we know will come to a grinding halt within a week of the grid going down.

The government knows this, they have known it for more than two years yet they have done nothing about it. They are not hardening the grid, they are not changing at least some of it to short line instead of long line runs.

There is no advice given regarding stocking up on food, water and other supplies beyond the recommended ‘store at least a three day supply’ on the FEMA website. I particularly like their advice never to ration water unless told to do so by the authorities…

Without medicines and medical assistant diseases like typhus, typhoid and cholera will move through the population.

A severe space weather event will mean the end of life as we know it. Only the most prepared will survive, and those that do will find themselves in a very different world. Such an event has the potential to put not just the United States, but half the planet back to the stone age, reducing the ability of others in the First World to assist allied nations. A severe solar event would have the ability to affect an entire hemisphere rather than just an individual country.

Geo-political power bases would move to those nations that have a functioning government and electricity. Even people in those countries currently considered to be Third World will be living in conditions far more favorable than those living in a post solar event world, where electricity and sanitation are things children will grow up hearing about rather than experiencing.

It isn’t a case of IF a large flare causes devastation on Earth, it’s a case WHEN.

The Sun is beyond human control, and will remain so. There is nothing we can do to prevent flares, coronal mass ejections and the like. All we can do is increase our knowledge base of the damage they can do and try to mitigate it by preparing ourselves and our families as best we can.