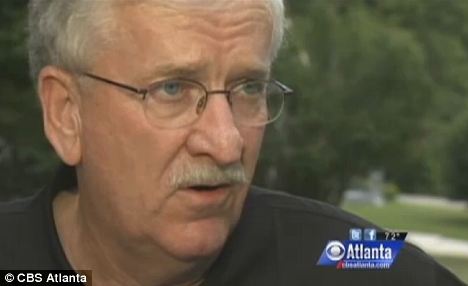 While many on the left have been saying that the indefinite suspension of Phil Robertson from A&E’s Duck Dynasty was due to backlash from the homosexual community, it seem that the backlash is actually against A&E, their sponsors and the homosexual group GLAAD. Now, Douglas County Sheriff Phil Miller has made a decision that is being viewed as backlash against A&E for their “business decision.”

On Friday, Miller announced on his personal Facebook page that A&E were no longer welcome to either film or produce its films with the help of the Douglas County Sheriff’s Office. He also said they would not be allowed to use the facilities either.

According to the post, which has since been removed, Miller wrote,

“A&E has suspended Phil Robertson for talking about his conservative Christian beliefs,” Miller wrote.” None of us are without sin and I am not judging anyone. I am sure A&E made what they believe is a good business decision. Many people who disagree with A&E might choose to remain silent and there was a time when I might have done the same, but no longer. In my mind the punishment is unreasonable.”

“I know it will not matter to A&E, but it will make me feel better,” he added. “A&E has produced more than a half dozen programs with the assistance of the Douglas County Sheriff’s Office. They will not do any more with my assistance while I am sheriff. It is time for someone other than Hollywood and the news media to stand up for what is right!”

A&E has filmed several of its shows in the area. Among them are “Beyond Scared Straight,” which featured the M.A.C.E program which is sponsored by Miller’s Sheriff’s Department.

Following the network’s suspension of Robertson, Miller says that he believes he had to take a stand for what he thinks is right in the situation, even as he acknowledged the network’s prerogative do what what they believed they should do.

“I guess I need to learn to keep my mouth shut too,” Miller said in a phone interview Friday night with the Douglas County Sentinel. “But they are punishing a man for being honest and answering a question that he was asked. When he answered and gave his understanding, pulling from his Christian beliefs, this happens. It’s not right and I had to say something about it.”

“I don’t hate anybody and you can ask anyone who knows me and they will tell you the same thing. But where we are in this country now, where you are punished for simply saying what your understanding of your Christian beliefs are is just too much for me.”

The Robertson family has issued a statement, in which they say that they can’t imagine going on with Duck Dynasty without their patriarch at the helm.

While some have argued the Phil Robertson’s comments are a First Amendment issue, I don’t believe they are. The First Amendment doesn’t grant rights to anyone. It was written to tell the federal Congress that it could not write laws against the Freedom of Speech. That does not include A&E’s business decisions. This is a contract issue.

However, when the free market is allowed to work, the folks at A&E and the sexual deviants at GLAAD will definitely find out just which side their bread is buttered. If they haven’t figured that out yet, it isn’t on the side of the homosexual community.

Last year, the militant homosexuals went after Chick-fil-a president Dan Cathy over his comments regarding marriage and what the Bible had to say about it. Homosexuals claimed they would demonstrate at Chick-fil-a’s with a “kiss in.” Not only did the homosexuals and their supporters show their vile hate, but they were outclassed by the Chick-fil-a staff everywhere with kindness and free refreshments. On top of that, the backlash ended with a major boom in business for the franchise.