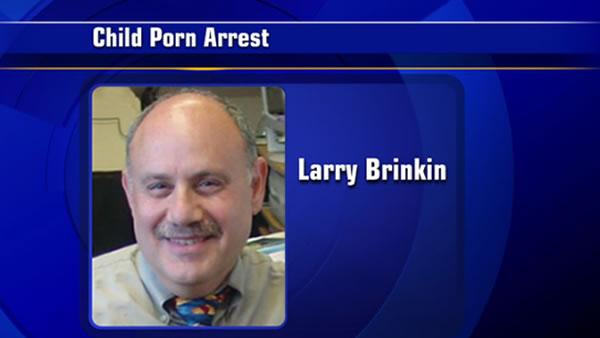 Just the other day I was scanning the Internet to see what was going on in our world, and lo and behold a man named Larry Brinkin popped up before my eyes. For those that do not know his name, Larry Brinkin is a “gay rights” icon.

Brinkin is a career lawyer and a homosexual activist who was crowned by the homosexual community when he led the effort to legalize same-sex “marriage” in California. He is also the man that was making $135,000 per year working for the human rights commission in San Francisco. As a matter of fact, the board of supervisors even established a “Larry Brinkin” week in February of 2010 in his honor.

But did you know …

The San Francisco Weekly reported, “Larry Brinkin, San Francisco’s well-known gay rights activist, appeared in court this afternoon where he pleaded not guilty to six felony charges of sending and receiving images of child pornography. The charges came three months after Brinkin, 66, was first arrested by San Francisco police, who claim he had been using the e-mail address [email protected] to view images of children as young as perhaps 1-year-old being sodomized by and performing oral sex on adult men, accompanied by highly racist commentary.

“Comments included, ‘I loved especially the [email protected]#*er 2-year-old getting nailed. Hope you’ll continue so I can see what the little blond [email protected]#*h is going to get. White Power! White supremacy! White Dick Rules!’

“On May 8, the SFPD was contacted regarding Brinkin’s alleged illegal activity. Investigators secured a search warrant on his home where he lives with his husband and son. They seized items from his house, including computers, videos, VHS tapes and a floppy disc. Police later determined Brinkin received emails and sent two reply emails containing child pornography. However, the DA did not file charges, and Brinkin was released on bail.

“Then on Aug. 8, the SFPD seized additional computers belonging to Brinkin, which allegedly contained dozens of images of child pornography, according to the DA. On Sept. 20, police arrested Brinkin again and booked him on child pornography charges.

“After the first arrest, police lodged a second list of charges in September based on new evidence. Brinkin was charged with four counts of possessing child pornography and two counts of distributing it, which is even more serious,” stated The San Francisco Weekly.

So maybe you are asking yourself like I am, what was the court’s verdict? Where has he been jailed? I even took the time to call the San Francisco Police Department to ask the question, all to no avail!

They simply said that they had no idea.

As I Googled results on Larry Brinkin for an update, I couldn’t find anything but one lone outlet that had the same questions I did – only to find that Larry Brinkin is a close associate of State Sen. Mark Leno, another homosexual and dedicated gay-rights activist, who has for many years kept the laws in California soft on child molesters and child pornography.

In 2006, Leno opposed the efforts of Republican Sharon Runner to toughen up the law on child-sex offenders. He wanted the law to act only in cases of possession of more than 100 items of child pornography. An item could be defined as a CD or USB stick containing thousands of images of rape or violence to children. Leno opposed the introduction of a statewide GPS tracking system for all molesters and opposed any increase in prison time for those convicted.

To further the obvious diversion and possible cover-up, let’s listen to Theresa Sparks, an admirer of Larry Brinkin. Sparks said that the community was stunned after Brinkin’s initial arrest; at the time Sparks said that these allegations are “beyond hard to believe.”

“It’s almost incredulous; there’s no way I could believe such a thing. … [H]e’s always been one of my heroes, and he’s the epitome of human rights activist – this is man who coined phrases we use in our daily language.”

Who is Theresa Sparks?

Theresa Sparks is the executive director of the Human Rights Commission in San Francisco. Sparks was also the former president of the San Francisco Police Commission and former CEO of Good Vibrations (a sex toy company). Sparks is also one of San Francisco’s most famous transgender woman and was also named the “Woman of the Year” by the California State Assembly.

Maybe this will help explain why we have heard nothing.

These alleged crimes were committed over a year and a half ago, and yet news of Brinkin’s alleged crimes against infants and children (not to mention his alleged white supremacist leanings) has received very little media attention.