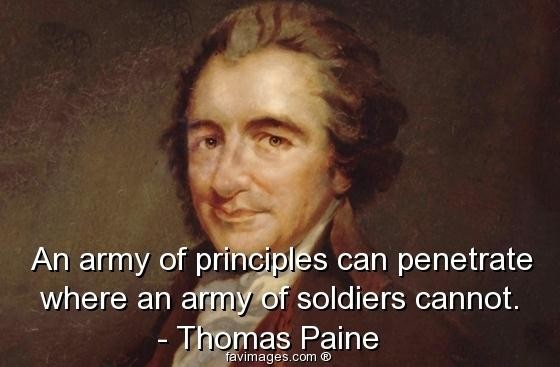 In his 1952 book The Origins of Totalitarian Democracy, Israeli historian J. L. Talmon described a political system in which lawfully elected representatives rule a nation state whose citizens, although granted the right to vote, have little or no participation in the decision-making process of government.

The federal government has become such a system, an entity unto itself operating outside of Constitutional constraints and unaccountable to the American people.

The United States is now controlled by a Democratic and Republican ruling class that transcends government and sees itself as distinct from the rest of society and as the only element that may act on its behalf. The ruling class considers those who resist it as having no moral or intellectual right, and, only reluctantly, any civil right to do so.

Power rests, not with the citizens, but with a relatively small group of politicians and financiers, who enhance their personal wealth and privilege by looting the country through a self-serving legislative process. They maintain their authority by adjusting the levers of government and using the establishment media to manipulate public perception and opinion.

Barack Obama, a coffeehouse communist, leads a dishonest and lawless cabal of far-left ideologues, whose goal is to promote socialist policies that can only be implemented at the expense of personal liberty.

Republican leaders neither contest that view nor oppose their Democrat counterparts because they do not want to challenge the ruling class, they want to join it. The GOP leadership has gradually solidified its choice to no longer represent what had been its constituency, but to adopt the identity of junior partners in the ruling class.

There is now a sharp division between the bipartisan ruling class and the rest of the American populace, who are considered retrograde, racist, and dysfunctional unless properly controlled by the dictates of central authority.

When blatant and outrageous lies are no longer sufficient to soothe the electorate into complacency, such a government must begin to curtail freedom and oppress the people in order to remain in power.

The present political environment, that is, the separation between the rulers and the ruled, bears comparison to the events leading up to the American Revolution.

According to Paine, a society arises because individuals living alone in nature find shared benefit by living together rather than remaining isolated. In an ideal society, where each individual acts in a morally just fashion toward every other individual in the society, there is no need for laws and government. Only when moral virtue is inadequate to restrain human evil, do laws become necessary; and only when a society becomes too large to operate by collective agreement and as individual enforcers of those laws do governments become necessary.

In other words, whenever the interests of government officials divert from or are in conflict with those of the people, tyranny ensues.

The attributes that best describe how America is now governed are executive overreach, legislative complicity, judicial partisanship, and journalistic acquiescence.

The erosion of the Constitution and the theft of our Constitutional rights have been occurring incrementally and quietly over a long period of time. With the election of Barack Obama in 2008, those efforts have accelerated.

In contrast to what Thomas Paine wrote in The Rights of Man (1791), the Obama “utopian” model sees individual rights as privileges, not endowed by God, but granted via political charter, and, thereby, legally revocable to ensure the “good order” of society. It is a collectivist philosophy that directly conflicts with the principles outlined in the Constitution, where government is a construct of and accountable to its citizens, as Paine noted:

“The fact, therefore, must be that the individuals, themselves, each, in his own personal and sovereign right, entered into a contract with each other to produce a government: and this is the only mode in which governments have a right to arise, and the only principle on which they have a right to exist.”

The Obama nightmare could be ended at any time simply by telling the truth.

To do so, however, would expose the rampant corruption of our political and media elite, reveal their complicity in Obama’s violations of Constitution, uncover their willful ignorance of his alleged felonies and confirm their participation in the greatest election fraud and Constitutional crisis in American history.

Both the Democrat and Republican parties know that exposing Obama would reveal their dereliction of duty, their complicity in undermining the Constitution, and their continuous flouting of the rule of law. They know that the truth would topple the corrupt status quo and terminate their exclusive grip on political power, allowing the American people to regain control of their government. The political and media elite will do anything to prevent that.

The status quo is no longer defensible. Unless there is a significant reversal soon, it is only a matter of time that a catastrophe will be upon us, which may well lead to national collapse and fragmentation.

The ruling elites of a now hopelessly corrupt political system are just one major blunder away from revolution.

Lawrence Sellin, Ph.D. is a retired colonel with 29 years of service in the US Army Reserve and a veteran of Afghanistan and Iraq. Colonel Sellin is the author of Restoring the Republic: Arguments for a Second American Revolution. He receives email at [email protected].