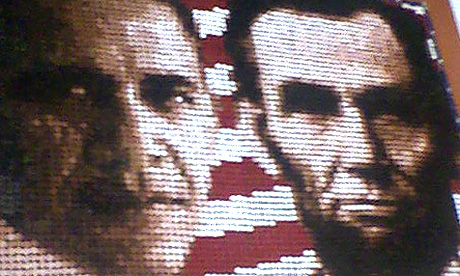 November 19, 1863 – Four and a half months following the defeat of the Confederate forces at the Battle of Gettysburg, Abraham Lincoln stood at the dedication of the Soldiers’ National Cemetery and delivered one of the most influential speeches in American history. It was there that he reminded all Americans of the principles upon which our country was founded. The principles that so many had valiantly given their lives to protect. Arguably, the most powerful words of that speech came in the last few lines in which he states –

“It is rather for us to be here dedicated to the great task remaining before us—that from these honored dead we take increased devotion to that cause for which they gave the last full measure of devotion—that we here highly resolve that these dead shall not have died in vain—that this nation, under God, shall have a new birth of freedom—and that government of the people, by the people, for the people, shall not perish from the earth.” – Abraham Lincoln

From the friends and neighbors that took up arms to free themselves from the oppressive British Empire during the American Revolution, to the brave soldiers that landed on the beaches of Normandy on June 6, 1944, Americans have a long history of standing up in the face of impossible odds in order to protect our freedom and our rights to Life, Liberty, and the Pursuit of Happiness.

Today, Americans face a very different enemy. A quiet and dangerous one. I’m not talking about terrorists – although that is a very real threat. No – I’m talking about the enemy that has quietly and patiently wrestled control of our government out of the hands of the people over the last several decades.

“I believe that banking institutions are more dangerous to our liberties than standing armies. If the American people ever allow private banks to control the issue of their currency, first by inflation, then by deflation, the banks and corporations that will grow up around the banks will deprive the people of all property – until their children wake-up homeless on the continent their fathers conquered.” – Thomas Jefferson, 1802

Here, more than 200 years after Thomas Jefferson made those remarks, the people of America are being led by a government that is no longer “Of the People”. Rather, it is a government comprised of representatives whose interest is only that of the special interest groups, labor unions, banks, and corporations (both American and non-American) that support them. Representatives that have led our cherished country to the brink of collapse.

Today, our national debt stands at over $17 trillion and, according to wikipedia.org, is currently 103% of our Gross Domestic Product (GDP). Political grid-lock shut our nation down for 16 days in October, putting over 800,000 federal employees on furlough and disrupting income for millions more whose livelihoods depend on the tourist revenue generated by our National Parks. This is a government that has freely violated the very principles it was founded on by spying on, not only millions of its own citizens, but the citizens and leaders of its closest allies, destroying their trust in us. All of this in the name of combating terrorism.

Our government cannot sustain itself on its current path. Its actions, or lack thereof, have put the American public at serious risk. I dare say that this is the single greatest threat to our national security today. I believe it was Thomas Jefferson also said, “The tree of liberty must be refreshed from time to time with the blood of patriots and tyrants.” Fortunately, our Fore-Fathers had the vision to create a system through which the people of this country could reclaim their government without taking up arms. Our time has come to take back control of our country, right the wrongs, and put it back on the path it originally set out on.

David Curtis has extensive experience working with a variety of departments within the Federal Government. His passion for American history and the principles that led to the creation of this country have driven him to write extensively about the topic in an effort to remind America about its roots. Find out more at http://www.projectlibertyusa.net