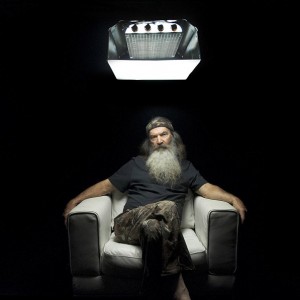 What is being done to Phil Robertson shows just how far America has fallen.  The thought police are waging an all-out campaign to take down one of the biggest names in the United States, and if they are successful none of us will ever be safe again.  We are becoming a nation that is governed by bullying, intimidation and unwritten speech codes, and if you happen to say the “wrong thing” you could lose everything.  Liberal pundits are gleefully declaring that making statements such as Robertson made “should get you fired from most jobs“.  That means that they believe that unless you conform to their version of morality (or keep your mouth shut forever) you should lose your job.  So are you ready to lose your job for what you believe?  Because that is where we are heading.  In the future, if you do not conform to their politically correct Big Brother speech code, you will be unemployable and you and your entire family will be outcasts from society.  That is why the Duck Dynasty controversy is so important.  This is a “line in the sand” moment, and if the thought police are successful than those that refuse to abandon Biblical morality will soon be forced underground.  Do you really want to live in a country where a large percentage of the population can no longer express what they believe to be right and wrong?

In response, supporters of Phil Robertson and Duck Dynasty certainly have the right to stop watching A&E permanently.

But this controversy goes far beyond that.  It is being suggested that Phil Robertson should not be employable by anyone because of what his personal religious convictions are.  Since this uproar began, we have heard over and over about how anyone who thinks this way should be permanently banned from television.  The vitriol directed toward Phil Robertson has been overwhelming.

And of course there is a purpose for this.  The truth is that they are trying to make an example out of him in order to chill the free speech of all the rest of us.  They want to intimidate all of us into either changing our beliefs or shutting up.

Is this really what America has degenerated into?

Somewhere along the way, our nation has chosen to believe some very serious lies.  First of all, disagreement is not the same thing as hate.  If I disagree with what someone else is doing, that does not mean that I “fear” or “hate” them.

Secondly, to love someone does not mean that you have to approve of everything that they do.  In fact, I can love someone else very much and still disapprove of what they are doing.  Most parents know exactly what I am talking about.

And that is exactly the case with Phil Robertson of Duck Dynasty.  He is not a “homophobe” and he certainly does not hate the gay community.  Phil just believes that sexual morality is governed by the Bible, and that is how he chooses to live his life.  Sadly, it has become extremely unacceptable to the power elite in this country for a high profile television star to do that.

This is a very important moment in American history.  The way that the nation responds to this controversy is going to heavily influence the direction that we are going to go next.  Below are 15 quotes about the Duck Dynasty controversy that every American should see.  Included are quotes from Americans that are both gay and straight, liberal and conservative, non-religious and Christian.  All throughout society, Americans are rising up and objecting to the use of bullying, intimidation and unwritten speech codes to force people to conform to a specific agenda…

#1 Robert Lloyd writing for the Los Angeles Times: “Though I inhabit a different reality from Robertson — my authorities are secular and scientific, not Biblical and faith-based — I assuredly don’t believe his remarks, which were not even made on television, disqualify him from appearing on television. Except as network broadcasters are responsible to the public that owns the airwaves, ideological purity tests have no place in that medium or any other.”

#2 Lesbian author Tammy Bruce: “What’s especially troubling for minority communities in this country, the civil rights movements, especially the gay civil rights movement, was about asking for people and demanding the right for us to be able to live our lives as we see fit without being punished for being different. It’s ironic also that one of the big campaigns by the gay community is about ending bullying. If this is not a sign of the ultimate of bullying I don’t know what is”

#3 Joseph Mattera: “Consequently, we can curse the name of Jesus Christ all we want and make fun of the Bible on television and depict evangelicals on television shows as imbeciles with impunity—but try to say anything deemed derogatory (including the quotation of Scripture) related to a particular kind of human behavior this society celebrates and you will lose your job and reputation, because it violates their blasphemy laws.”

#4 Lesbian Camille Paglia, a professor at the University of the Arts in Philadelphia, during a radio interview with Laura Ingraham: “In a democratic country, people have the right to be homophobic as well as they have the right to support homosexuality – as I one hundred percent do. If people are basing their views against gays on the Bible, again, they have a right of religious freedom there”

#5 Wayne Allyn Root: “The firing of Phil Robertson, star of “Duck Dynasty” is a free speech issue. It’s symbolic of the biased, one-sided way the media and leftist elites treat free speech. People have every right to express opinions considered “progressive” or “politically correct” nowadays. But the same rules don’t apply to salt-of-the-earth, apple-pie, middle Americans who believe in God, country, guns, and yes, the Bible.”

#6 Louisiana Governor Bobby Jindal: “I remember when TV networks believed in the First Amendment. It is a messed up situation when Miley Cyrus gets a laugh, and Phil Robertson gets suspended.”

#7 Andrew Sullivan: “Robertson is a character in a reality show. He’s not a spokesman for A&E any more than some soul-sucking social x-ray from the Real Housewives series is a spokeswoman for Bravo. Is he being fired for being out of character? Nah. He’s being fired for staying in character – a character A&E have nurtured and promoted and benefited from. Turning around and demanding a Duck Dynasty star suddenly become the equivalent of a Rachel Maddow guest is preposterous and unfair.”

#8 Mat Staver, founder and chairman of Liberty Counsel: “Duck Dynasty’s unashamed displays of faith and traditional values are a breath of fresh air in this Miley Cyrus culture, where flagrant displays of sexuality permeate entertainment. In fact, I believe it is the show’s strong family values that make the reality comedy the most-watched nonfiction cable telecast in history.”

#9 U.S. Senator Ted Cruz: “If you believe in free speech or religious liberty, you should be deeply dismayed over the treatment of Phil Robertson. Phil expressed his personal views and his own religious faith; for that, he was suspended from his job. In a free society, anyone is free to disagree with him–but the mainstream media should not behave as the thought police censoring the views with which they disagree.”

#10 Larry Alex Taunton writing for The Atlantic: “Missing in the controversy over A&E’s handling of its golden goose—or duck, rather—is the fact that the real conflict here is not between Robertson and A&E; it is between gay activists and a solid majority of Christians who believe homosexual acts are wrong. Again, Robertson’s views are hardly anomalous. Christians may disagree on the details, but the Bible strongly condemns homosexuality in both the Old and New Testaments; the marriage model of one man and one woman is first given by God in Genesis 2 and reiterated by Jesus in Matthew 19; and in Romans 1 the Apostle Paul denounces homosexuality as a hallmark of a degenerate culture. The point here isn’t that you have to believe any of this, but many Christians do believe it and feel morally bound to believe it.”

#11 Ray Gano: “I point all this out because if the powers that be are willing to do this to TV’s top rated show and the show’s star, with a willingness to put millions upon millions of dollars at stake, then they have absolutely no problem doing it to us, the plain bible believing Christian.

People need to wake up and smell the coffee.

This is EXACTLY what the Nazi’s did in Germany. They vilified, demonized, demoralized the Jew. They attacked their businesses and wrote laws targeted against them.

The powers that be are doing the exact same thing today to bible believing Christians.

But when are people going to wake up to that fact and start paying attention to the writing on the wall?”

#12 Steve Tobak: “The Duck Dynasty controversy is the result of the growing power of self-serving minority and special-interest activists that ruthlessly bully and extort those who say or do something they don’t agree with. They become more powerful and emboldened every time their efforts pay off. The way to stop them is to never give in to their threats and demands. Never.

You may not agree with the Duck Dynasty folks, but that’s not the point. The point is you could be next.”

#13 Cracker Barrel on the decision to bring Duck Dynasty merchandise back into their stores: “You told us we made a mistake. And, you weren’t shy about it. You wrote, you called and you took to social media to express your thoughts and feelings. You flat out told us we were wrong. Today, we are putting all our Duck Dynasty products back in our stores. And, we apologize for offending you.”

#14 Dr. Michael Brown: “This censorship and bullying will only get worse unless we make a determination to stand for what is right and speak the truth in love, regardless of cost or consequence, recognizing that our strategy of appeasement (which has often been a cover-up for our spinelessness and fear of man) has failed miserably.”

#15 Phil Robertson: “I would never treat anyone with disrespect just because they are different from me. We are all created by the Almighty and like Him, I love all of humanity. We would all be better off if we loved God and loved each other.”

So what do you think of the Duck Dynasty controversy? 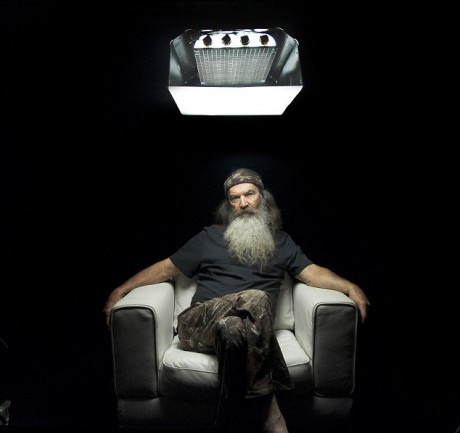