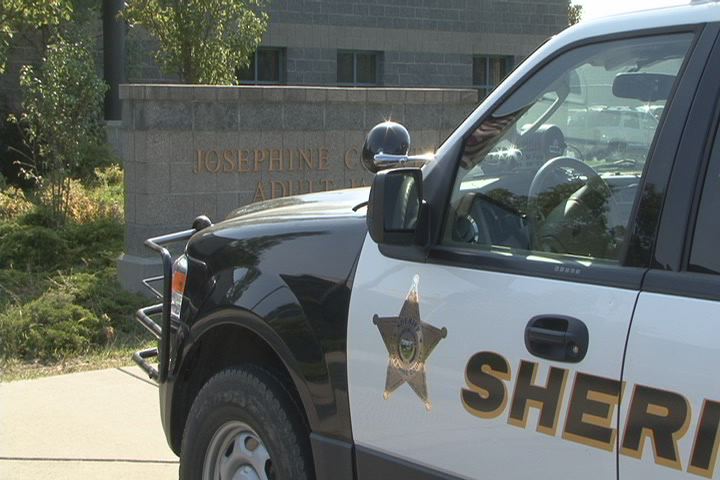 After a tax levy was voted down in Josephine County, Oregon last summer, the local sheriff’s department made sharp cuts, including the release of dozens of prisoners, the closure of the major crimes unit, and the reduction of hours that officers were available to 8-5, Monday through Friday.

Contract deputies’ primary responsibilities are to those entities that pay their salaries – namely, the City of Cave Junction, the Bureau of Land Management and the Oregon State Marine Board. Therefore, their availability to respond to areas outside their contracts will be extremely limited.

Considering the quantity of high priority calls that this office receives, it is clear that patrol will only be able to respond to life threatening incidents.

If you call 911 after hours, and it is a life threatening situation, Oregon State Police will provide a limited response that involves eliminating the current threat.

Sheriff’s patrol deputies will be spread thin, and their response, even in life threatening situations, may be delayed.

As such, the Sheriff’s Office regretfully advises that, if you know you are in a potentially volatile situation (for example, you are a protected person in a restraining order that you believe the respondent may violate), you may want to consider relocating to an area with adequate law enforcement services.

Just days after the cutbacks began, a woman in Josephine County called 911 because her ex-boyfriend (who had previously put her in the hospital) was trying to get into her house. The dispatcher told her it was “unfortunate” that there were no officers available to help her and suggested that the woman ask her ex-boyfriend to go away.  Apparently that didn’t work very well, because the woman was then choked and sexually assaulted.

When asked for a comment, Sheriff Gil Gilberson was unsympathetic. “There isn’t a day that goes by that we don’t have another victim. If you don’t pay the bill, you don’t get the service.” This has led many residents to believe that the cuts are being made to be deliberately painful in order to pressure the community into approving the tax hike.

The residents of the community understand that criminals don’t generally keep normal business hours, and they’ve had enough of the lackluster sheriff’s department. They have taken matters into their own hands and  stepped up to the plate to protect the county themselves. Groups like the North Valley Community Watch are springing up to pick up the slack left behind by the sheriff’s department.

Ken Selig — who was the longest-serving law enforcement officer in all three local agencies when he was forced to retire from the department due to cuts — told FoxNews.com he found the sheriff’s declaration unacceptable. And he felt compelled to guard his community’s vulnerable members.

“Who else is going to protect you when your government can’t?” Selig said.

Selig and his friend Pete Scaglione formed the North Valley Community Watch, a county-wide organization dedicated to helping citizens in non-life-threatening situations, primarily property crimes. It is one of a handful of community groups that have formed since the cuts. Without a robust Sheriff’s Office, their mission is broader than the typical neighborhood watch group.

Selig’s community watch group, looking to fill in the law enforcement cracks, now meets once a month to discuss crime and teach its approximately 100 members about personal safety. The group also has a trained “response team,” which consists of 12 people who will respond to the scene of a reported non-life-threatening situation if called.

Though the “response team” members do carry legal firearms, Selig said the team’s main goal is to provide a deterrent presence, and that none of them have ever fired a shot. He said those involved in his group believe there is no substitute for well-trained law enforcement, but they feel they have no other choice but to protect their community.

Josephine County Commissioner Ken Heck denies that the lack of protection offered by the sheriff’s department is a ploy to frighten residents into opening their wallets, and he is concerned about the “aggressive” neighborhood watches that are being established.

Heck said though he supports neighborhood watch groups and citizens being vigilant in their community, the rise of increasingly “aggressive” community watch groups make him worried the situation could escalate to violence. Watch groups have been under increasing scrutiny nationally ever since the George Zimmerman case in Florida.

“These things seem good on the PR side but fail a little in the reality side,” Heck said.

Heck said the only real solution is for the county citizens to approve more funds.

“There is this little shimmer out there of some giant Santa that is going to come and drop all this money on us because we are well-meaning folks,” he said. “The sleigh is broken, the deer are dead, it’s not going to happen. We have to figure out how we are going to solve this problem.” (source)