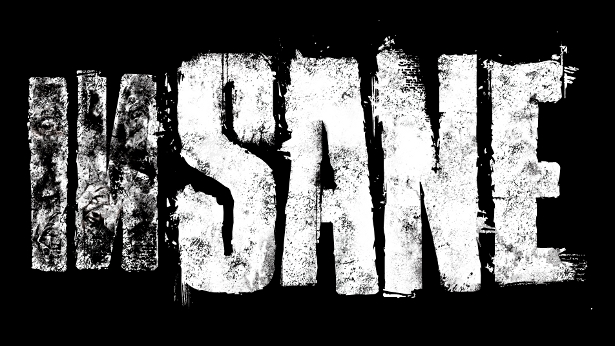 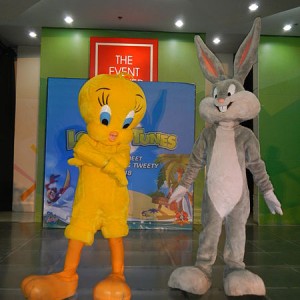 It is time to crank up the Looney Tunes theme song because Wall Street has officially entered crazytown territory.  Stocks just keep going higher and higher, and at this point what is happening in the stock market does not bear any resemblance to what is going on in the overall economy whatsoever.  So how long can this irrational state of affairs possibly continue?  Stocks seem to go up no matter what happens.  If there is good news, stocks go up.  If there is bad news, stocks go up.  If there is no news, stocks go up.  On Thursday, the day after Christmas, the Dow was up another 122 points to another new all-time record high.  In fact, the Dow has had an astonishing 50 record high closes this year.  This reminds me of the kind of euphoria that we witnessed during the peak of the housing bubble.  At the time, housing prices just kept going higher and higher and everyone rushed to buy before they were “priced out of the market”.  But we all know how that ended, and this stock market bubble is headed for a similar ending.

It is almost as if Wall Street has not learned any lessons from the last two major stock market crashes at all.  Just look at Twitter.  At the current price, Twitter is supposedly worth 40.7 BILLION dollars.  But Twitter is not profitable.  It is a seven-year-old company that has never made a single dollar of profit.

Not one single dollar.

In fact, Twitter actually lost 64.6 million dollars last quarter alone.  And Twitter is expected to continue losing money for all of 2015 as well.

But Twitter stock is up 82 percent over the last 30 days, and nobody can really give a rational reason for why this is happening.

Overall, the Dow is up more than 25 percent so far this year.  Unless something really weird happens over the next few days, it will be the best year for the Dow since 1996.

It has been a wonderful run for Wall Street.  Unfortunately, there are a whole host of signs that we have entered very dangerous territory.

The median price-to-earnings ratio on the S&P 500 has reached an all-time record high, and margin debt at the New York Stock Exchange has reached a level that we have never seen before.  In other words, stocks are massively overpriced and people have been borrowing huge amounts of money to buy stocks.  These are behaviors that we also saw just before the last two stock market bubbles burst.

And of course the most troubling sign is that even as the stock market soars to unprecedented heights, the state of the overall U.S. economy is actually getting worse…

For many more signs like this, please see my previous article entitled “37 Reasons Why ‘The Economic Recovery Of 2013’ Is A Giant Lie“.

And most Americans don’t realize this, but the U.S. financial system and the overall U.S. economy are now in much weaker condition than they were the last time we had a major financial crash back in 2008.  Employment is at a much lower level than it was back then and our banking system is much more vulnerable than it was back then.  Just before the last financial crash, the U.S. national debt was sitting atabout 10 trillion dollars, but today it has risen to more than 17.2 trillion dollars.  The following excerpt from a recent article posted on thedailycrux.com contains even more facts and figures which show how our “balance sheet numbers” continue to get even worse…

Since the fourth quarter of 2009, the U.S. current account deficit has been more than $100 billion per quarter. As a result, foreigners now own $4.2 trillion more U.S. investment assets than we own abroad. That’s $1.7 trillion more than when Buffett first warned about this huge problem in 2003. Said another way, the problem is 68% bigger now.

And here’s a number no one else will tell you – not even Buffett. Foreigners now own $25 trillion in U.S. assets. And yet… we continue to consume far more than we produce, and we borrow massively to finance our deficits.

Since 2007, the total government debt in the U.S. (federal, state, and local) has doubled from around $10 trillion to $20 trillion.

Meanwhile, the size of Fannie and Freddie’s mortgage book declined slightly since 2007, falling from $4.9 trillion to $4.6 trillion. That’s some good news, right?

Nope. The excesses just moved to a new agency. The “other” federal mortgage bank, the Federal Housing Administration, now is originating 20% of all mortgages in the U.S., up from less than 5% in 2007.

Student debt, also spurred on by government guarantees, has also boomed, doubling since 2007 to more than $1 trillion. Altogether, total debt in our economy has grown from around $50 trillion to more than $60 trillion since 2007.

So don’t be fooled by this irrational stock market bubble.

Just because a bunch of half-crazed investors are going into massive amounts of debt in a desperate attempt to make a quick buck does not mean that the overall economy is in good shape.

In fact, much of the country is in such rough shape that “reverse shopping” has become a huge trend.  Even big corporations such as McDonald’s are urging their employees to return their Christmas gifts in order to bring in some much needed money…

In a stark reminder of how tough things still are for low-income families in America, McDonalds has advised workers to dig themselves “out of holiday debt” by cashing in their Christmas haul.

“You may want to consider returning some of your unopened purchases that may not seem as appealing as they did,” said a website set up for employees.

“Selling some of your unwanted possessions on eBay or Craigslist could bring in some quick cash.”

This irrational stock market bubble is not going to last for too much longer.  And a lot of top financial experts are now warning their clients to prepare for the worst.  For example, David John Marotta of Marotta Wealth Management recently told his clients that they should all have a“bug-out bag” that contains food, a gun and some ammunition…

A top financial advisor, worried that Obamacare, the NSA spying scandal and spiraling national debt is increasing the chances for a fiscal and social disaster, is recommending that Americans prepare a “bug-out bag” that includes food, a gun and ammo to help them stay alive.

David John Marotta, a Wall Street expert and financial advisor and Forbes contributor, said in a note to investors, “Firearms are the last item on the list, but they are on the list. There are some terrible people in this world. And you are safer when your trusted neighbors have firearms.”

His memo is part of a series addressing the potential for a “financial apocalypse.” His view, however, is that the problems plaguing the country won’t result in armageddon. “There is the possibility of a precipitous decline, although a long and drawn out malaise is much more likely,” said the Charlottesville, Va.-based president of Marotta Wealth Management.