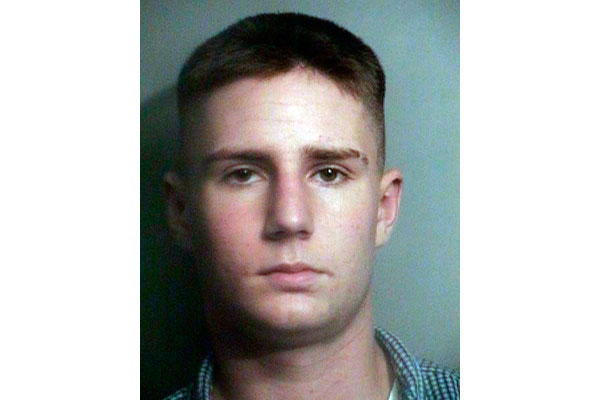 The Knockout “Game” is a sick scourge in which sociopathic young people attempt to punch a random stranger unconscious with only one blow.  The domain of bullies, the attacks have often taken place against the physically weakest members of society: the elderly, women, and even young teens.

Up until now nearly all of the attacks have been black people punching white people.  The mainstream has limited it’s coverage of this fact to avoid being considered racist.  The only reason we know that the previous attacks were perpetrated by blacks is because of mug shots and videos that were published.  Race is not mentioned throughout most of the articles.

That has all changed now that a white man has punched a black man in the face. Before, the mainstream media called it a “game” that deprived, neglected inner city youth “played”. Now that a white guy has “played”, it’s suddenly a federal hate crime.

This attack was equally as despicable as all of the attacks that preceded it.  A strong 27 year old man greeted an elderly man in a friendly manner, struck him in the face so hard that the victim’s jaw was broken, and yelled, “Knockout”, videotaping the entire thing for posterity.

The only difference is, this time the attacker was white and the 79 year old victim was black. The US Department of Justice has filed federal hate crime charges against Conrad Alvin Barrett, upping  his potential jail time exponentially as per the Matthew Shepard and James Byrd Jr. Hate Crimes Prevention Act.

The Texas case came to authorities’ attention after Mr. Barrett showed a video he took of the assault to a couple he didn’t know at a restaurant on Nov. 24, the FBI said in an affidavit submitted in the case.

One of the couple was an off-duty arson investigator and peace officer. After they left the restaurant, the couple reported the video to a police officer and identified Mr. Barrett. The police officer confiscated the smartphone containing the video and began an investigation that ended with a criminal complaint filed on Christmas Eve and the arrest Thursday.

According to the FBI statement, Mr. Barrett spent a week trying to work up the nerve to try knockout.
The FBI said that in a video from Nov. 24, the day of the assault, Mr. Barrett said he wanted “to see if I were to hit a black person, would this be nationally televised?” The video shows him stopping his car, approaching the 79-year-old man and asking, “How’s it going, man?” — before “a loud smack is heard and the victim falls to the ground.”

The victim of the assault, identified only as “R.C.,” lost three teeth, suffered a broken jaw and had two metal plates inserted into his mouth. (source)

Never fear, a few “experts” have chimed in to attempt to explain this biased application of the law.

“Hate crimes tear at the fabric of entire communities. As always, the Civil Rights Division will work with our federal and state law enforcement partners to ensure that hate crimes are identified and prosecuted, and that justice is done.” (source)

“The reason why you have black perpetrators and white victims being prosecuted asymmetrically hinges on what evidence there is about why they’re doing what they’re doing…If suspects call the victim racial names, and one of the other witnesses testifies to that effect, it would be prosecutable as a hate crime.”(source)

[Levin] argues in an upcoming journal article that racially fueled knockout attacks are in the news is because they’ve actually become rarer than in the past, so they are more notable. The 1990s, he says, had far more reports of so-called “thrill hate crimes” – think white teenagers beating up homeless men.

“This is a thrill hate crime because typically young people who go out looking for someone to bash or assault, the act doesn’t necessarily require some triggering episode in wider society,” says Mr. Levin in a phone interview with the Monitor. “These knockout attacks are usually interracial, but not every interracial crime is a hate crime.” (source)

“It is unimaginable in this day and age that one could be drawn to violently attack another based on the color of their skin. We remind all citizens that we are protected under the law from such racially motivated attacks, and encourage everyone to report such crimes to the FBI.” (source)

“[Barrett] also during the course used the ‘n’ word. There may be those that would say the requisite intent for the national hate crime is not there but I do believe that this would be an excellent test case.” (source)

Previous to this attack, the only knockout attack that has been prosecuted as a hate crime was one against an Orthodox Jewish man wearing a yarmulke in Brooklyn.  That crime, however, was not prosecuted federally.

Does this indicate an agenda of deliberate racial division? Does the Obama administration want to stir up racial conflict? Why is the law applied differently to white criminals than it is to black criminals? Why would the Department of Justice opt to make an example out of a white thug after ignoring numerous attacks by black thugs?

This crime was despicable and cowardly, but no more so than scores of previous knockout attacks that were black criminals assaulting white victims.

It looks like Justice is not blind, after all. And she is definitely not color-blind. 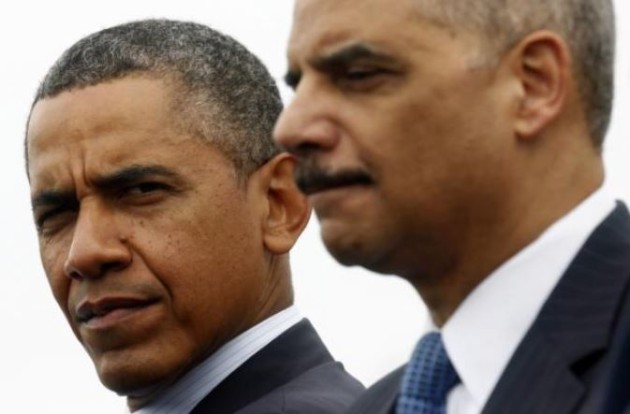