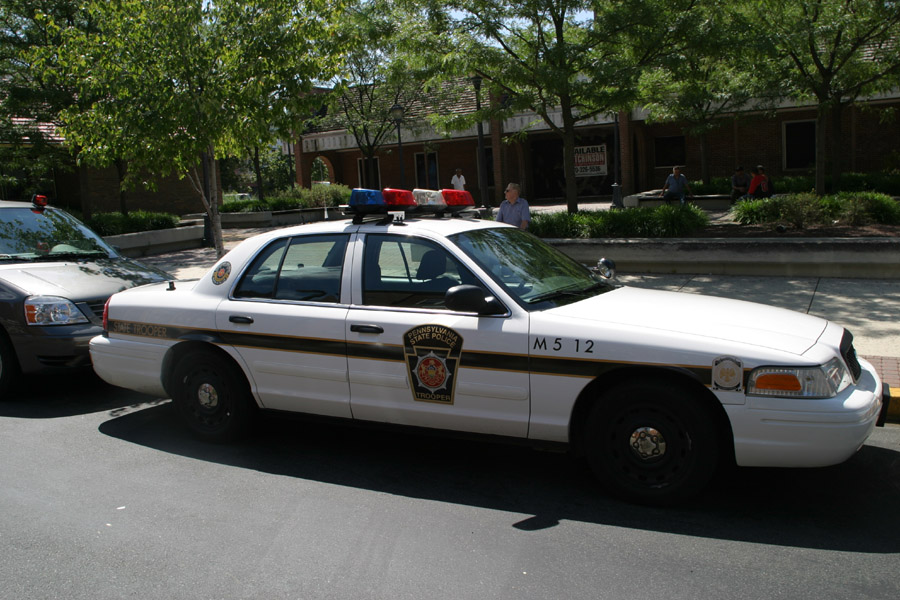 Have you ever looked around and wondered how many people in this country have only half a brain? Some things just don’t add up.

Michael L. Keyes is a State Trooper in Pennsylvania. He was also ordered into mental health treatment for an alleged depressive episode which led to suicide attempts. So a court ruling that he can not be allowed to carry a gun while off-duty would seem to be in the general realm of common sense. I don’t really like to see people lose their 2nd Amendment rights but I can somewhat understand the argument for Keyes not being allowed to carry a gun. However, the court opinion that he should be allowed to continue to “serve and protect” and be allowed to carry a weapon on the job is mind-boggling.

When on duty, he can carry a gun.

Yet while off duty, he is barred by law from possessing any firearms, because seven years ago he suffered from deep depression, repeatedly tried to kill himself by taking drugs and was involuntarily committed for mental health treatment.

Keyes’ latest attempt to be allowed to have a gun all the time was rejected this week by the state Superior Court.

That court upheld an earlier ruling by Perry County Senior Judge Keith B. Quigley that Keyes’ involuntary mental health commitment constitutes an unsurmountable legal barrier to his ability to possess a gun while off duty.

An attempt to reach Keyes’ attorney, Joshua Prince, for comment on the case wasn’t successful Thursday. Keyes has been involved in legal battles ever since completing his mental health treatment. He also had to fight to be reinstated to the state police.

He was serving as a state trooper in Newport, when he was placed on temporary leave and ordered into mental health treatment in 2006. He finished treatment in less than a year and had to battle to get his job back, even after his doctor cleared him to go back to work.

An arbitrator’s decision ordering his return to limited duty was fought by the state police, but ultimately was upheld by Commonwealth Court. The state Supreme Court refused to hear an appeal of that ruling, and he was placed back on duty in 2010. In 2012, Commonwealth Court also ordered that Keyes be awarded nearly $16,000 in back pay.

Keyes began battling for full reinstatement of his ability to carry firearms in 2008. The problem, according to court filings, is that the federal Gun Control Act bars those who have been subject to involuntary mental health commitments from possessing guns.

Personally I think that Keyes should be allowed to carry a firearm while off-duty. He repeatedly tried to kill himself by taking drugs. That is a cry for help. Obviously, as a State Trooper, he had a firearm available. If he would have used that firearm he would have succeeded. I’m sure he was smart enough to realize that. So my thought is that he probably didn’t really want to kill himself at all. He has completed treatment and seemed to only be a danger to himself. With the exception of felons and grossly obvious mental health cases, I believe in everyone’s right to protect themselves and believe that too many people have their guns taken away by shrinks. Again, that’s my opinion. But whether or not you agree with that, as many surely won’t, does not really matter.

I think the thing we could all agree to is a total lack of consistency.

This case reveals how agents of the state, particularly police officers, are allowed to do things that are considered unlawful for private citizens to do.

Police officers routinely give out citations for driving while texting yet their patrol cars are commonly equipped with laptops and other electronic devices which these officers use while driving.

In New York and California, police officers are confiscating firearms from peaceful Americans yet they are more than happy to receive surplus military firepower from the Department of Homeland Security for police use.

“All animals are equal, but some animals are more equal than others,” George Orwell stated in his book Animal Farm, which is unfortunately an accurate assessment of anyone wearing a government uniform.

If the opinion is that he is only a danger to himself then why is he less dangerous while on duty?

If the opinion is that he is dangerous to himself and others then why is that not the case when he puts on that uniform?

Officers that can not handle the stress of the job are sometimes ordered to administrative duty and, it would seem, this would be the logical decision to coincide with the court ruling about his right to own a gun.

This is why I made the comment about people having “half a brain.” If he is going to be allowed to protect and serve on the job then let him have a weapon while off-duty. It could end up saving someone’s life someday.

If not then put him behind a desk and take away his gun on-the-job as well.

Should he be allowed to carry a gun at all?