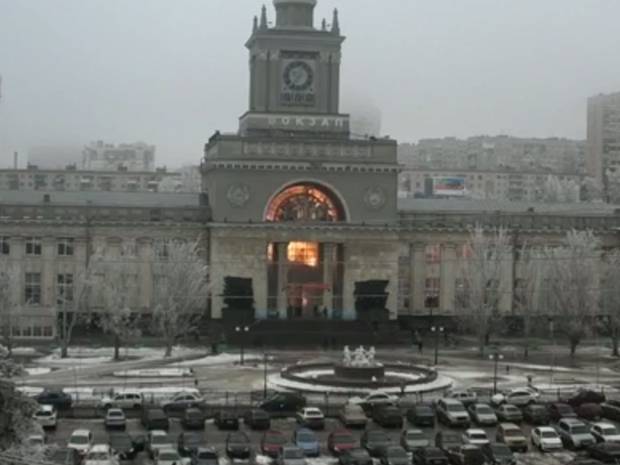 Prince Bandar warned Putin, “The Chechen groups….are controlled by us”

Twin blasts targeting a train station and a trolley bus in the city of Volgograd which killed at least 31 people follow a threat by Saudi Arabia to attack Russia using Chechen terrorists if Moscow did not withdraw its support for President Assad in Syria.

The first attack took place at Volgograd-1 station on Sunday morning, killing 17 people. CCTV footage shows an orange blast behind the main doors of the station, smashing windows and sending debris out into the street. The prime suspect is a female suicide bomber.

The second attack occurred near a busy market in Volgograd’s Dzerzhinsky district. A bus packed with people on their morning commute was ripped apart by a suicide bomber, killing 14.

Although no group has claimed responsibility for the blasts, suspicion immediately fell on Islamists from the North Caucasus region who routinely attack soft targets in Russia.

While the media has concentrated on the threat such groups pose to February’s Winter Olympics in Sochi, no scrutiny has been given to a warning issued by Saudi Prince Bandar bin Sultan back in August when he told Vladimir Putin that Saudi Arabia would activate the Chechen terrorist groups it controls to target Russia if Moscow refused to abandon its support for Syrian President Bashar Al-Assad.

As we reported at the time, the threat was made during a closed-door meeting between Prince Bandar and Putin at the beginning of August.

According to a transcript of the comments made during the meeting by Middle Eastern news agency Al Monitor, Bandar made a series of promises and threats to Putin in return for Moscow withdrawing its support for Assad in Syria.

“I can give you a guarantee to protect the Winter Olympics next year,” Bandar allegedly stated, adding, “The Chechen groups that threaten the security of the games are controlled by us.”

Bandar made it clear that his position was supported by the US government.

This “guarantee” to stop the Chechens from attacking the Sochi Olympics was also obviously a veiled threat that if Russia did not abandon Assad, terrorist attacks would be given the green light.

Given that Russia did not abandon Assad and indeed virtually single-handedly prevented a US military strike on Syria, much to the chagrin of Saudi Arabia which is the primary supplier of anti-Assad rebel jihadists, are we to believe that the Volgograd bombings are evidence of Bandar following through on his threat?