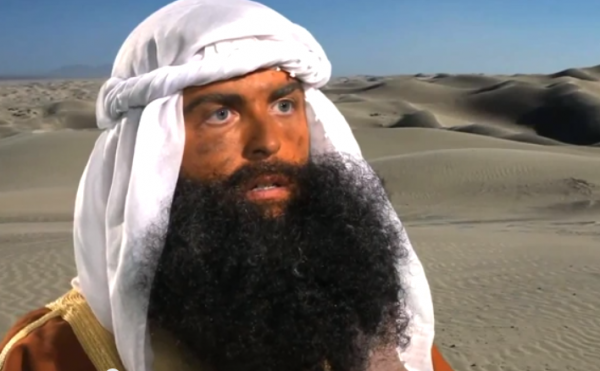 “The attack was led … by fighters who had benefited directly from NATO’s extensive air power and logistics support during the uprising against Colonel Qaddafi. And contrary to claims by some members of Congress, it was fueled in large part by anger at an American-made video denigrating Islam.” – The New York Times

Well it’s started.  Laying the groundwork for a Hillary run in 2016, the New York Times has come out with a farce of an article…actually a six-part series about the attack on Benghazi which leads back to that ridiculous claim that a YouTube video about mohamed was the cause of it all.

Trying to defect all blame for Bengahzi away from Hillary…to actually try and exonerate her…good leftist newspaper that they are…the New York Times this past Saturday started running the series ‘A Deadly Mix In Benghazi’ by David Kirkpatrick. This series claims there is NO evidence whatsoever to prove that al-Qaeda was involved in the Benghazi attack, and that the attack was carried out solely by local militant islamist groups who were furious over the American-produced video the ‘Innocence of Muslims’ that slammed islam and the (supposed) prophet mohamed.

And this series uses quotes from ‘anonymous’ sources…Libyans who claimed they were in Benghazi and who claimed to have direct knowledge of the attack…as their ‘supposed’ credible sources. Anonymous sources who in their very anonymity means they are NOT credible at all.

Hate to tell The New York Times but this was a pre-planned well orchestrated attack by al-Qaeda and done in conjunction with the al-Qaeda aligned Muslim Brotherhood. Even Muslim Brotherhood members who were directly connected to ousted US educated, former professor at California State University (1982-1985) Muslim Brotherhood puppet President Mohamed Morsi, admitted to having had an operational role in the attack. And here’s a little something our media has NOT reported on…the first two of Morsi’s five children were born in the US and have US citizenship and passports they will NOT give up.

After being arrested at the scene, statements and confessions were taken from six members of one of the cells who took part in the attack and they admitted to being Egyptians connected to the al-Qaeda affiliate group Ansar al-Shariah. During interrogations these Egyptians, according to a US government verified Libyan intelligence document,“confessed to very serious and important information concerning the financial sources of the group and the planners of the event and the storming and burning of the U.S. consulate in Benghazi…. And among the more prominent figures whose names were mentioned by cell members during confessions were: Egyptian President Mohamed Morsi.”

In fact there’s even a video (http://www.youtube.com/watch?v=_eRgZ82OTRk) shot on a cell phone that shows a mob approaching the American compound while it was under siege, clearly showing some in the mob telling the terrorists in the dialect of Upper Egypt: “Mahadesh, mahadesh yermi, Dr. Morsi ba`atna” which translates to, “Don’t shoot, don’t shoot, Dr. Morsi sent us.”

By the way, the name ‘Morsi’ is Egyptian only and appears in NO other Arabic dialect.

Four Americans were murdered in the attack on the Benghazi diplomatic mission and CIA compound and to date still NO one at the top has been called to task. Some low-level minor State Department employees were slapped on the wrist but that’s it. Then Secretary of State Hillary Clinton walked away seemingly untouched even after saying about those killed at Benghazi, “What difference at this point does it make” when questioned by Congress. Barack HUSSEIN Obama, who watched them die in real time and who, as Commander-in-Chief, could have been the only one to tell rescuers to ‘stand down,’ jetted off the next morning to a fundraiser in Las Vegas and I can imagine him laughing that he pulled off another one. But isn’t it odd that all the generals, admirals, and high-ranking officers who knew the truth about the attack have either ‘suddenly’ retired early or been relieved of their commands.

And all this because of a poorly crafted video…NO…I do NOT think so.

Claiming that everyone is confusing local Libyan extremist groups like Ansar al-Shariah (Supporters of Islamic Law) for al-Qaeda’s world-wide terrorist network, the New York Times series states that Ansar al-Shariah and other local islamic militia groups were already planning an attack when the video just happened to be released adding the much needed final bit of fuel to the fire…a video that stirred up the restless already out for blood who now wanted the time frame for the attack moved up…a video that became the perfect foil for Obama’s much needed cover for the truth.

Remember, with the Benghazi attack occurring in the middle of the 2012 presidential campaign, Obama knew this attack could seriously damage his chances of winning re-election if the truth were ever to come out that Ambassador Stevens, Information Officer Sean Smith, and ex-Navy SEALS Tyrone Woods and Glen Doherty died in a carefully planned attack by al-Qaeda to mark the eleventh anniversary of 9/11, and that he knew it was going to happen and did NOTHING to stop it or to try and rescue those in danger. So instead Obama and his minions concocting and spread the YouTube story to cover up al-Qaeda’s role to avoid the sure to come discrediting of Obama’s bloviations that al-Qaeda had been decimated and was on the run, all because he had single-handily (said with much sarcasm) taken out Osama bin Laden.

And of course the video was used to deflect any and all blame away from Hillary Clinton…the woman the media had already deemed to be the next in line for the presidency…never mind that she time and again willfully ignored Ambassador Stevens’ many pleas for help.

Willfully ignoring those pleas for help because the most probable scenario…a scenario I have said since day one and still stand by…is that Benghazi was an Obama funded and orchestrated ILLEGAL gun and weapons running operation to the al-Qaeda backed Syrian rebels that Ambassador Stevens found out about and was going to blow the whistle on. And I bet Hillary knew it all…and knowing that Hillary had sympathy towards the Muslim Brotherhood (due to her close friendship with her then State Department Deputy Chief of Staff Huma Abedin) she probably even condoned the gun and weapons running.

It’s pretty obvious that Ambassador Stevens had to be silenced one way or another (Smith, Woods, and Doherty were considered ‘collateral damage’) and both Obama and Hillary need this truth hidden at all costs…especially Hillary if she is going to run in 2016. And it’s the truth that many in Congress also know but are just too afraid to admit to or to seriously act upon beyond the ‘dog and pony show’ Congressional Benghazi hearings that went nowhere.

And so the true objectives of this New York Times series…especially coming out now while speculation about a Hillary run are all over the media and the internet…are clearly NOT to get to the truth about Benghazi, but are about trying to diffuse the right from being able to use Benghazi against Hillary. And to that I say, sorry but it will indeed be used every chance we get NOT only to damage and diffuse her campaign but also to try and prevent Hillary from running in the first place for America has had quite enough with Barack HUSSEIN Obama…America does NOT need his socialist agenda continued under a Hillary Clinton presidency… period.