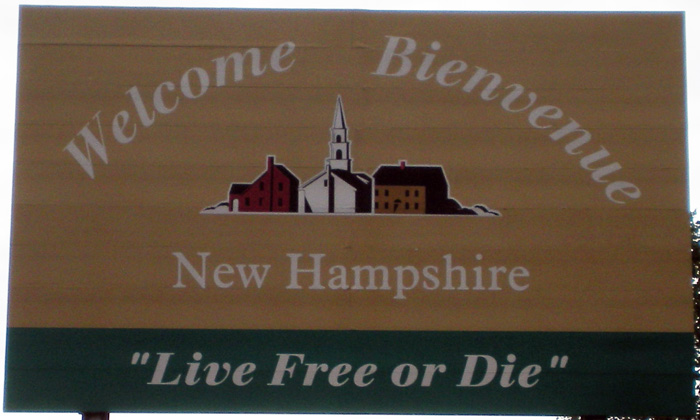 As the National Defense Authorization Act 2014 heads to Obama’s desk as an even more draconian piece of legislation than it was previously, states have taken notice and are beginning to intensify their efforts to nullify it.

Michigan was the latest to opt for full nullification after Governor Rick Snyder (R) signed bill SB0094 into law.

New Hampshire has now taken a critical step toward nullification with the introduction of their bill HB1279, scheduled to be formally presented on January 8th, 2014.

New Hampshire’s bill has bipartisan support among its five sponsors, and is based on the model legislation of The Tenth Amendment Center. While other states like Michigan have offered some opposition contained in their legislation, many lack the thorough resistance being proposed by the “Live Free or Die” state of New Hampshire.

The following analysis introduces the bill:

This bill prohibits the state, political subdivisions, and the national guard from participating in enforcement of the counterterrorism detainment provisions of the 2012 National Defense Authorization Act.

The full text is as follows:

This type of legislation is essential, as it prohibits the much-needed local cooperation required by such federal dictates as the NDAA. It also closes the gaps left in other states’ legislation.

It bans indefinite detention assistance to not just the U.S. Armed Forces, but any federal agency. It also broadens the scope beyond the specific sections of the 2012 NDAA to “any other similar law, order or regulation.” (emphasis added) [Source]

The Tenth Amendment Center comments on the significance of the strategy behind their model legislation:

Our research shows that at least 80% of all federal enforcement actions rely heavily on such “partnerships,” and that’s a very conservative estimate.  The Liberty Preservation Act would ban this law enforcement participation.

When the federal government carries out an enforcement action, it not only relies on state or local law enforcement to carry the burden of much of the physical enforcement actions, it also relies heavily on logistics and information-sharing with state agencies.  Whether the information is provided by fusion centers (which are often heavily funded by states and operated by them) or through sharing agreements, the Liberty Preservation Act would ban such actions. It would also ban all logistics assistance, setting up road blocks, putting on handcuffs, use of state or local jail or prison facilities, and the like.

As James Madison said, such a “refusal to cooperate” when done in multiple states can effectively stop federal acts by creating “obstructions which the federal government would hardly be willing to encounter.”

An interactive map of other states that have nullified or propose to nullify the NDAA is available here. Take action in your state now to ensure that the United States as a whole can regain its position as a Republic based on immovable constitutional principles, and show the federal government that any time they attempt to roll out tyranny, we will be there to roll it back.