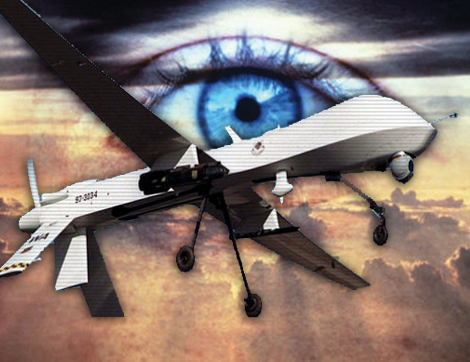 So the people in these states will now have to put up with drones flying overhead as researchers figure out how to make them safe for commercial use. That implies they are not currently safe for use. How many accidents and incidents are there going to be over the next two years?

Will testing of the drones, which we all know are going to be used for law enforcement, mean that the residents of these states are going to be subjected to warrantless spying and invasion of privacy so that the scientists can get the right settings for the real roll out?

This project is nothing more than a test run for the government who are intent on watching our every move. Once the masses are used to seeing “delivery drones’ or ‘crop spraying drones’ in the sky normalcy bias will set in, and we are done for.

How easy it would be to add a camera to the ‘farmer drone’ that dusts crops. Those who have chosen to live off the beaten path in relative isolation and privacy are about to have that privacy violated.

You can call a drone whatever you like, power company survey drone, farmer drone, law enforcement drone or delivery drone, the name doesn’t matter. What matters is that these flying lumps of technology can be programmed to do whatever their ‘handlers’ want them to do. Old farmer Fred might be legitimately using them for crop dusting, he will most likely have no idea that aerial photographs of his neighbours property is getting transmitted back to mission control.

Pizzas R Us may will have no idea that as well as delivering a Mighty Meat Feast with four cheese topping they are beaming back information about the guy ordering the pizza and where he lives, as well as the phone number or email address he used to place the order.

Drone technology is so open to abuse it doesn’t bear thinking about and the legislation that has just been passed to allow this limited rollout of the eye in the sky is just the beginning.

Full statement from the FAA:

A brief description of the six test site operators and the research they will conduct into future UAS use are below:

Each test site operator will manage the test site in a way that will give access to parties interested in using the site. The FAA’s role is to ensure each operator sets up a safe testing environment and to provide oversight that guarantees each site operates under strict safety standards.

From the start, the FAA recognized it was important to have requirements ensuring that privacy and civil liberties are protected at the test sites. Among other requirements, test site operators must comply with federal, state, and other laws protecting an individual’s right to privacy, have publicly available privacy policies and a written plan for data use and retention, and conduct an annual review of privacy practices that allows for public comment.

Under the current law, test site operations will continue until at least February 13, 2017.

For more information go to http://www.faa.gov/about/initiatives/uas/.