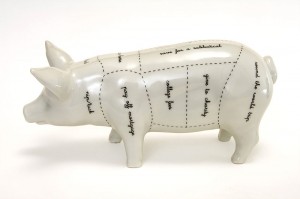 Is the U.S. consumer tapped out?  If so, how in the world will the U.S. economy possibly improve in 2014?  Most Americans know that the U.S. economy is heavily dependent on consumer spending.  If average Americans are not out there spending money, the economy tends not to do very well.  Unfortunately, retail sales during the holiday season appear to be quite disappointing and the middle class continues to deeply struggle.  And for a whole bunch of reasons things are likely going to be even tougher in 2014.  Families are going to have less money in their pockets to spend thanks to much higher health insurance premiums under Obamacare, a wide variety of tax increases, higher interest rates on debt, and cuts in government welfare programs.  The short-lived bubble of false prosperity that we have been enjoying for the last couple of years is rapidly coming to an end, and 2014 certainly promises to be a very “interesting year”.

Most middle class families are just scraping by from month to month these days.

Unfortunately for them, millions of those families are now being hit with massive health insurance rate increases.

Earlier today, I got an email from a reader that was paying $478 a month for health insurance for his family but has now received a letter informing him that his rate is going up to $1,150 a month.

Millions of families are receiving letters just like that.  And to say that these rate increases are a “surprise” to most people would be a massive understatement.  Even people that work in the financial industry are shocked at how high these premiums are turning out to be…

“The real big surprise was how much out-of-pocket would be required for our family,” said David Winebrenner, 46, a financial adviser in Lebanon, Ky., whose deductible topped $12,000 for a family of six for a silver plan he was considering. The monthly premium: $1,400.

Since Americans are going to have to pay much more for health insurance, that is going to remove a huge amount of discretionary spending from the economy, and that will not be good news for retailers.

Get Ready For Higher Taxes

When you raise taxes, you reduce the amount of money that people have in their pockets to spend.

Sadly, that is exactly what is happening.

Congress is allowing a whopping 55 tax breaks to expire at the end of this year, and when you add that to the 13 major tax increases that hit American families in 2013, it isn’t a pretty picture.

This tax season, millions of families are going to find out that they have much higher tax bills than they had anticipated.

And all of this comes at a time when incomes in America have beensteadily declining.  In fact, real median household income has declined by a total of 8 percent since 2008.

If you are a worker, you might want to check out the chart that I have posted below to see where you stack up.  In America today, most workers are low income workers.  These numbers come from a recent Huffington Post article…

-If you make more than $15,000 (roughly the annual salary of a minimum-wage employee working 40 hours per week), you earn more than 32.2% of Americans.

It is important to keep in mind that those numbers are for the employment income of individuals not households.  Most households have more than one member working, so overall household incomes are significantly higher than these numbers.

On Tuesday, the yield on 10 year U.S. Treasuries rose to 3.03 percent.  I warned that this would happen once the taper started, and this is just the beginning.  Interest rates are likely to steadily rise throughout 2014.

The reason why the yield on 10 year U.S. Treasuries is such a critical number is because mortgage rates and thousands of other interest rates throughout our economy are heavily influenced by that number.

So big changes are on the way.  As a recent CNBC article declared, the era of low mortgage rates is officially over…

The days of the 3.5% 30-year fixed are over. Rates are already up well over a full percentage point from a year ago, and as the Federal Reserve begins its much anticipated exit from the bond-buying business, I believe rates will inevitably go higher.

Needless to say, this is going to deeply affect the real estate market.  As Mac Slavo recently noted, numbers are already starting to drop precipitously…

The National Association of Realtors reported that the month of September saw its single largest drop in signed home sales in 40 months. And that wasn’t just a one-off event. This month mortgage applications collapsed a shocking 66%, hitting a13-year low.

And U.S. consumers can expect interest rates on all kinds of loans to start rising.  That is going to mean higher debt payments, and therefore less money for consumers to spend into the economy.

Well, if the middle class is going to have less money to spend, perhaps other Americans can pick up the slack.

You certainly can’t expect the poor to stimulate the economy.  As I mentioned yesterday, it is being projected that up to 5 million unemployed Americans could lose their unemployment benefits by the end of 2014, and 47 million Americans recently had their food stamp benefits reduced.

So the poor will also have less money to spend in 2014.

The Wealthy Save The Day?

Perhaps the stock market will continue to soar in 2014 and the wealthy will spend so much that it will make up for all the rest of us.

You can believe that if you want, but the truth is that there are a whole host of signs that the days of this irrational stock market bubble are numbered.  The following is an excerpt from one of my recent articles entitled “The Stock Market Has Officially Entered Crazytown Territory“…

The median price-to-earnings ratio on the S&P 500 has reached an all-time record high, and margin debt at the New York Stock Exchange has reached a level that we have never seen before.  In other words, stocks are massively overpriced and people have been borrowing huge amounts of money to buy stocks.  These are behaviors that we also saw just before the last two stock market bubbles burst.

If the stock market bubble does burst, the wealthy will also have less money to spend into the economy in 2014.

For the moment, the stock market has been rallying.  This is typical for the month of December.  You see, the truth is that investors generally don’t want to sell stocks in December because they want to put off paying taxes on the profits.

If stocks are sold before the end of the year, the profits go on the 2013 tax return.

If stocks are sold a few days from now, the profits go on the 2014 tax return.

It is only human nature to want to delay pain for as long as possible.

Expect to see some selling in January.  Many investors are very eager to start taking profits, but they wanted to wait until the holidays were over to do so.

So what do you think is coming up in 2014?  Please feel free to share what you think by posting a comment below… 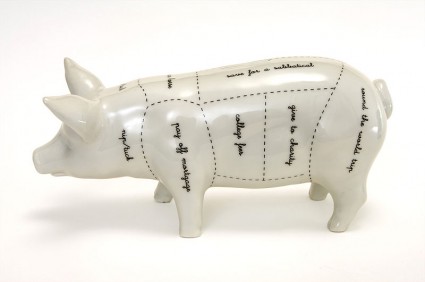