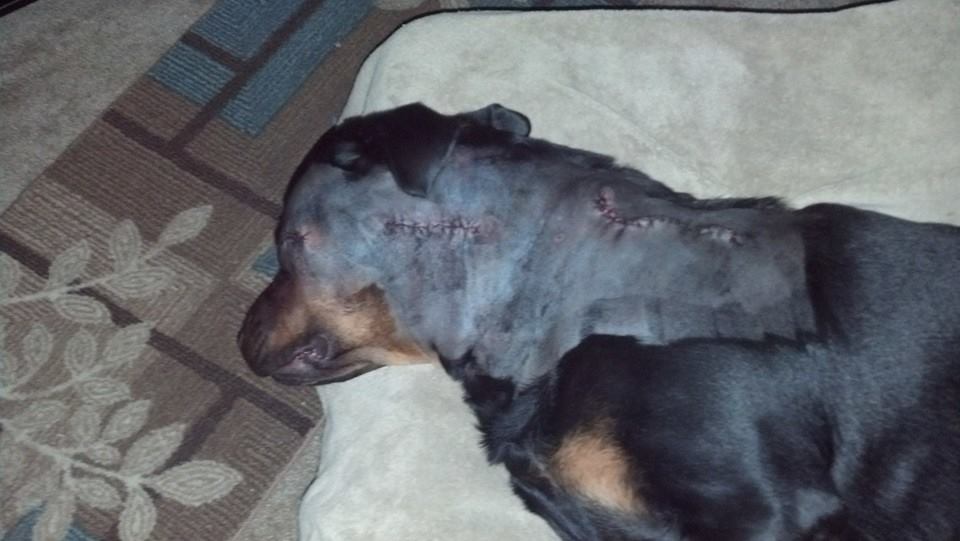 When thugs…I mean, police officers…attempted to serve a warrant on a prostitute named Josie Bobbitt, Holly Hill, Florida, resident Richard Stohler refused to allow them entry, stating that the woman they were looking for didn’t live there, and that he had no idea who she was.

The brave policemen, however, were determined to serve the warrant and went into Stohler’s backyard, where his two dogs were responsibly fenced in. Like any self-respecting dog, they barked at the intruders. Being dogs, of course, they did not differentiate between intruders in a uniform and every day, garden variety intruders.

After about 10 minutes of talking with officers, Stotler said he closed the door and went back to watch television in his living room with his back door open. Two minutes later, he heard gunshots, he said.

“I ran through the front door with my hands raised asking them what they had done,” Stotler said. “They started yelling at me to get on the ground, handcuffed me and put me in the back of a car.”

Stotler said his girlfriend, Crystal Hightshoe, followed a trail of blood and found Lady hiding in their bedroom closet and started putting ice packs on her wounds. After officers realized what was going on , they released Stotler and started shouting at him to get the dog to take it to a an emergency animal clinic.

According to police, the dog was taken in a police car to the Emergency Animal Care Center at 696 S. Young St. in Ormond Beach. The city is picking up the vet bill, said police Capt. Steve Aldrich.

Aldrich declined to release more details on the incident Monday, saying his department is conducting a thorough investigation of all aspects related to the call for service at the home. The captain also declined to release the name of the officer who shot the dog, citing the ongoing investigation. Police still have not been able to find Bobbitt, Aldrich said Monday. (source)

Stohler says that the dogs are traumatized by the shooting and that Lady, the friendly and beautiful rescued Rottweiler, is now scared to go outside after dark and refuses to go in the backyard.  This picture, captioned, “Poor Lady, this is the closest she will get to the backyard now….” was posted on Facebook. 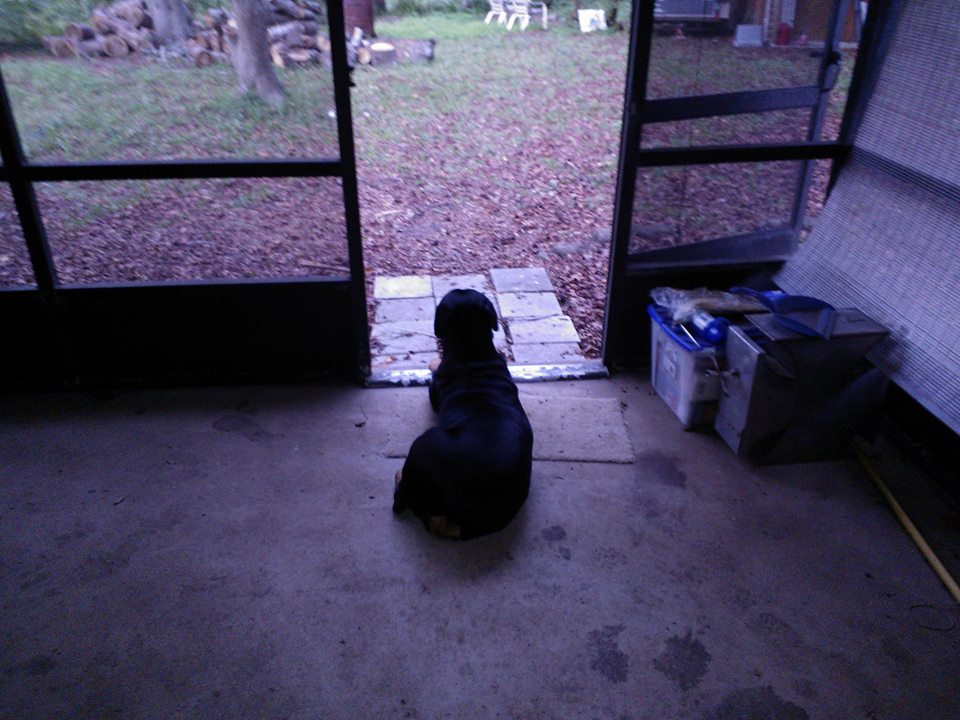 Stohler is determined to be as public as possible about what happened to Lady at the hands of police. See his interview on the local Channel 2 News.

He has also launched a Facebook page to bring awareness to what he calls “a senseless and reckless shooting” by police.  The page, Justice for Lady, has over 2300 “likes” and is growing rapidly.  (If you have an account on Facebook, “like” the page to show your support!) The goal of the page is to bring awareness to shootings like this. “This is an effort to stop acts like this,” Stotler said of his social media page. “This happens all the time against, Rottweilers, German shepherds, Doberman and other big dogs and we need to stop these acts based on appearance.”

Statistics on how many dogs are killed by law enforcement officers don’t seem to exist, but some activists have counted dog shootings that have been reported in the media. One group says that according to their calculations, a dog is shot by law enforcement every 98 minutes. (source)

Check out the entire article to find more information on the epidemic of innocent dogs being shot by cops with no repercussions.

Incidentally, the woman charged with prostitution, Josie Bobbitt, has still not been located by police. 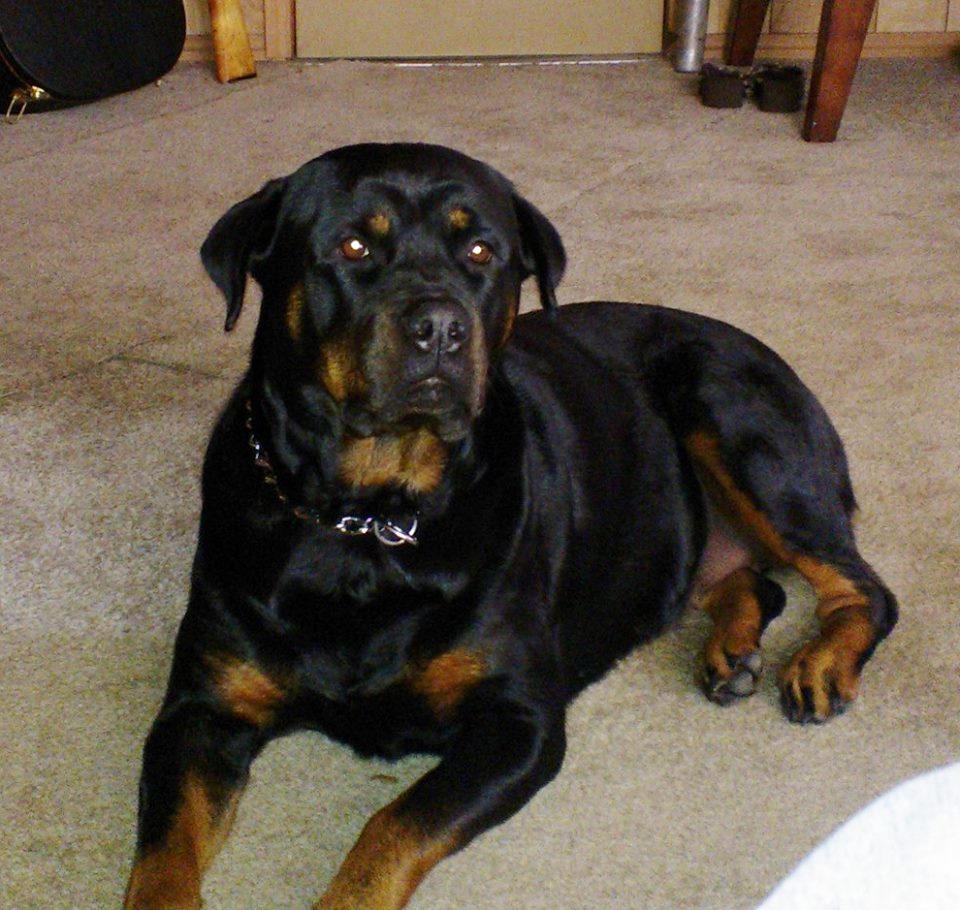