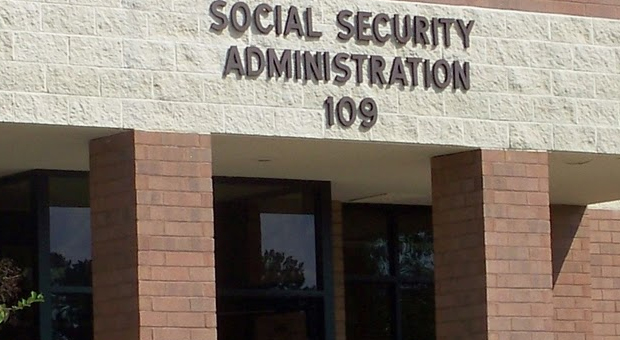 The Department of Homeland Security is spending up to $58 million dollars to hire armed guards to protect two Social Security buildings in Baltimore, measures which some see as preparation for upcoming civil unrest.

According to an announcement on the Federal Business Opportunities website, the DHS awarded Paragon Systems, Inc. a contract “not to exceed $58,620,338.99,” to provide “Protective Security Officer (PSO) services in support of the Social Security Administration (SSA) Wabash Street and Metro West locations within Baltimore, MD.”

Recent indications suggest the feds are becoming increasingly concerned over Social Security buildings becoming a target for irate Americans. The DHS ran a controversial drill in January 2012 dubbed “Operation Shield,” during which FPS agents armed with semiautomatic guns were posted outside a Social Security office in Florida accompanied by sniffer dogs as they checked the ID’s of visitors. The exercise centered around “detecting the presence of unauthorized persons and potentially disruptive or dangerous activities.” DHS officials refused to speak to the media when asked about the drill.

$58 million dollars, even if stretched over a number of years, seems like an awful lot of money to protect just two Social Security buildings, but it fits the pattern of recent spending on armed guards to protect government buildings which led to concerns from some that the feds are gearing up for civil unrest in relation to restrictions in benefits and other entitlements.

Back in November we highlighted how the DHS was looking to hire armed guards with “top secret” security clearances in Wisconsin and Minnesota.

A month prior to that, the DHS’ $80 million dollar outlay on armed guards to protect government buildings in upstate New York prompted Fox News’ Neil Cavuto to speculate that the feds were preparing for violence in response to cutbacks in the food stamp program.

In October it emerged that Homeland Security was set to spend half a million dollars on fully automatic pepper spray launchers and projectiles that are designed to be used during riot control situations.

Some fear that the recent spate of “knockout game” assaults and violent flash mob attacks on shopping malls are signs of spreading discontent. With food stamps having already been reduced, unemployment benefits are also now being cut, a “perfect storm” that could spiral into social unrest.