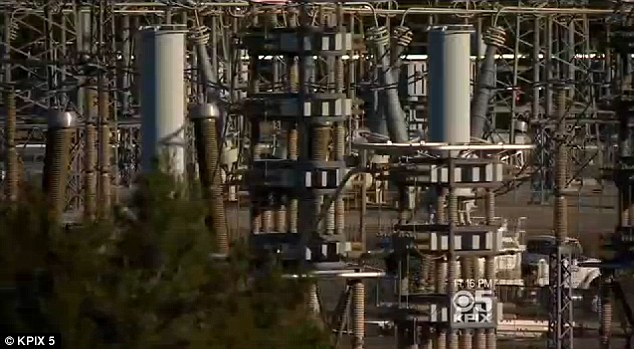 The possibility of terrorists attacking U.S. electrical power facilities is not a new concept. An Electromagnetic Pulse weapon (EMP) would be the perfect device to completely send America back to the 19th century. Not only would an EMP device make power stations worthless, but this kind of device would virtually shut down all communication capabilities within the United States. Late model cars would be unable to start, planes would fall from the sky. An EMP is the by-product of a nuclear weapon detonated above the earth’s atmosphere. The explosion releases gamma rays, creating a catastrophic electrical disturbance. But what if all this time a more simplistic and hands-on attack would be what brings the United States to its knees? This is the reality. An event that occurred in California in April proves that American power stations are wide open and completely vulnerable to incoming terrorist attacks.

This video is very telling. A California power station was met with a “military-style” attack, something that caught officials completely off guard. When officials mention the possibility of a power station attack, a computer hacking is the first thought. Malware can cause a power shut down in electrical grids, just as they can in computers. This, in itself, is a terrifying possibility; that a computer hacker has the ability to shut off electrical power. But what about a literal, physical attack on the power grids? This is what happened in California in April.

According to Foreign Policy, the events surrounding this power station attack are indicative of a coordinated event. Was this possibly a dry run of some sort? Absolutely. While all systems were restored rather quickly, the type of physical attack would make it appear that this was a terrorist attack, or a lead up to such an attack. The account is chilling and it further proves how a fully coordinated electrical power station attack would cripple the United States.

Around 1:00 AM on April 16, at least one individual (possibly two) entered two different manholes at the PG&E Metcalf power substation, southeast of San Jose, and cut fiber cables in the area around the substation. That knocked out some local 911 services, landline service to the substation, and cell phone service in the area, a senior U.S. intelligence official told Foreign Policy. The intruder(s) then fired more than 100 rounds from what two officials described as a high-powered rifle at several transformers in the facility. Ten transformers were damaged in one area of the facility, and three transformer banks — or groups of transformers — were hit in another, according to a PG&E spokesman.

Cooling oil then leaked from a transformer bank, causing the transformers to overheat and shut down. State regulators urged customers in the area to conserve energy over the following days, but there was no long-term damage reported at the facility and there were no major power outages.

“Initially, the attack was being treated as vandalism and handled by local law enforcement,” the senior intelligence official said. “However, investigators have been quoted in the press expressing opinions that there are indications that the timing of the attacks and target selection indicate a higher level of planning and sophistication.”

High powered rifles, cut fiber cables, and the locations that were hit prove planning. This was a coordinated event. There is no question that this was a test or a direct attack. Every evidence points to a deliberate hit on this power station. Vandalism would be messy and less organized. This was methodical and calculated. If power stations can be breached so easily, what does this foretell about others in the country?

The FBI has taken over the case. There appears to have been some initial concern, or at least interest, in the fact that the shooting happened one day after the Boston Marathon bombing. Local investigators seemed to hit a dead-end in June, so they released surveillance footage of the shooting.

“These were not amateurs taking potshots,” Mark Johnson, a former vice president for transmission operations at PG&E, said last month at a conference on grid security held in Philadelphia. “My personal view is that this was a dress rehearsal” for future attacks.

Johnson is exactly right. These are not amateurs. In October, Jason Woodring was arrested and charged with multiple attacks of sabotage on power stations in Arkansas. He was setting off explosives under power lines that were “near his home.”He did sever a power grid line, and after three such incidences he was arrested and charged. However, the California power station attack is altogether different. Woodring’s inflicted damage, but his methods were crude. The California attackers were trained and sophisticated.

Jon Wellinghoff, the chairman of the Federal Energy Regulatory Commission, said last month that an attack by intruders with guns and rifles could be just as devastating as a cyber attack. A shooter “could get 200 yards away with a .22 rifle and take the whole thing out,” Wellinghoff said last month at a conference sponsored by Bloomberg. His proposed defense: A metal sheet that would block the transformer from view. “If you can’t see through the fence, you can’t figure out where to shoot anymore,” Wellinghoff said. Price tag? A “couple hundred bucks.

“There are ways that a very few number of actors with very rudimentary equipment could take down large portions of our grid,” Wellinghoff said. “I don’t think we have the level of physical security we need.”

This is all it would take; rudimentary equipment and some know how and the grid would be wiped out. What if someone came in who had the know how to completely disrupt power stations, and then coordinated multiple attacks across the country? This could happen. The United States power stations are that vulnerable. If one or two people could cause the amount of damage that occurred in California with rifles and other such weapons, imagine what a well-trained militia could do. The effects could be beyond devastating, and completely life-altering.