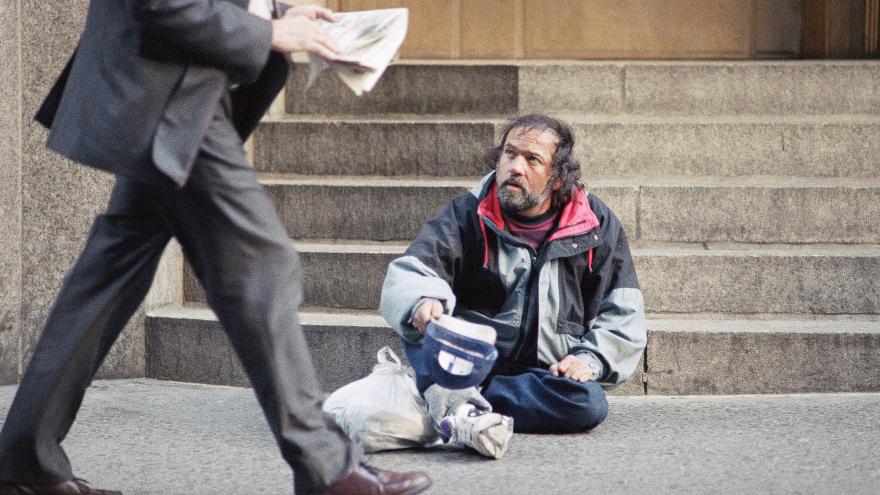 INCOME INEQUALITY IS A FALSE ARGUMENT

Politicians like to harp on the issue of income inequality, by which they mean that one group of people is richer than another group of people and that the difference in these levels must be addressed by redistributing income. But, income inequality is a false argument for several reasons. First among these is that it presumes that wealth is static, i.e., that there is only so much wealth to go around, that it does not grow, that if one person has a larger “share” of this fixed amount of wealth, then someone else must have a smaller “share” and that the difference between the two amounts is the important consideration. If there were only a fixed amount of wealth in the world and it had to be divided among a fixed number people, there might be a more legitimate argument that if one person has a lot, another must have less. But this is a fictitious argument, because the difference itself means nothing. Moreover, the reasons your neighbor is richer than you are may be so complex that the difference cannot be explained with any accuracy.

Wealth not static, it is fluid. Wealth is created by human beings every day by working, thinking, inventing, and doing. They create wealth by exercising their minds and exerting their efforts, thus fulfilling their potential through industry and enterprise. Because it is constantly created, wealth is also limitless. It is impossible to determine how much wealth there is in the world, because that amount of wealth changes and moves among people. It is exchanged and given away and sometimes lost by one person and gained by another, in the great flux of trade.

But there is always more wealth to be had, because people create wealth for themselves, by working at jobs and by going into business, by winning the lottery or by competent investment, by inventing something or by painting pictures that sell. There is always more wealth to be had by someone who has vision, energy and will-power. And when jobs are not made readily available, there are usually ways to create work of one’s own, by offering to perform services independently. During the depression, out of work people sold apples on the street. Admittedly this was not a good replacement for a regular job, but it was, nonetheless, a demonstration that people can create work for themselves. This is the core of free trade, of capitalism.

Furthermore, their argument presumes that people are not individuals, but collectives, that they live, breathe and operate as parts of a mass. This is an absolutely false assumption. It is nothing more than an attempt by politicians, especially Leftist, Liberal Democrats, to distract from the reality that collectives do not exist in society, because the human society is made up not of masses, but of people. People may belong to groups, but groups are not masses. They consist of individuals who come together for a specific person, and even within that group, each person functions as an individual. People are never statistics and cannot be collectivized by a politician’s dictates.

Like wealth itself, opportunities to create it are also fluid and limitless. But, also like wealth, opportunities to create or gather wealth are unequal, because opportunities, like wealth itself, are created. Opportunities result from work. Wherever there is work, there are opportunities. During the American Gold Rush of the nineteenth century, prospectors panned and dug for gold. They worked. And as these prospectors worked, other people, who were not prospectors, gathered around them in order to sell them food and other goods, to create places for them to live, to weigh and bank their gold and to transport people and their goods from place to place. Work begets work. It tends to expand geometrically. The more work there is to be done the more people will be enriched by doing it. When one person works to create or develop products or services, other people find that the demand for those products or services increases incalculably. Thus opportunities also expand geometrically, and the harder, more intelligently one works, the greater are his opportunities for gaining wealth.

Why, then, is there such a focus on the argument of inequality of income? This argument is used by politicians, mostly by Liberal Democrats, to incite people to jealous anger by which they hope to pit one faction of society against another. In this way, they can pose as champions of the underdog, even though the grievance, against which they offer their protection, is an invention of their own. By inciting envy and its concomitant anger, they incite class warfare and reap the benefits of confusion and distraction, in order to seize and consolidate more power for themselves.

A particularly insidious form of this argument is to cite inequality of income between two equally fictitious racial groups, black against white, using the statistic that black citizens suffer from income inequality as a collective and that white citizens as a collective are somehow guilty. There is no way to justify this argument, because it implies that black people are incapable of attaining higher levels of wealth, therefore, wealth must be taken from white people and redistributed to them in order to equalize it.

It must be admitted that during the many decades since slavery was abolished, people with dark skin had a difficult time finding opportunities to advance economically and socially. They suffered mistreatment that, when it was not cruel, was at the very least grossly unfair. However, this situation has ameliorated in recent decades and many policies have been instituted to ensure that black people were not treated as badly as in the past. Economic measures were put in place to give an economic and professional leg up to those who qualify.

But this fact notwithstanding, arguments that favor redistribution of wealth are nonetheless false, because they are based on statistical assumptions and not on human nature. In fact, although skin color affected the social status of black people, it has never impacted their intelligence, talent or capacity for hard work. Any performer, regardless of color, can tell you how difficult it is to become successful in show business. Any athlete, regardless of color, can tell you how hard a person must work to gain the skills necessary to play a professional sport. Any classical musician, regardless of skin color, will gladly tell you how many hours a day it is necessary to practice to become a piano or violin virtuoso. Talent and initiative are not the province of skin color.

Opportunities among people of all skin color vary, but opportunities can be created, and often they must be. Just read the articles by Thomas Sowell to see what personal individual industry and effort can achieve. Read Frederick Douglass’s writings and learn what an individual can do, even in the face of an extreme level of racism that simply does not exist today.

There is no way to control or predict how successful someone can become, because each person lives a different life from each other person, thus, everybody in the world experiences some level of income inequality. And when entire populations suffer lower standards of living that other entire populations, it is almost always a sign of corrupt government and an ineffective economic or political system at work. Where free enterprise does not exist or where it is stunted, inequality is actually created among citizens under the guise that wealth is being “equalized.”

The argument against income inequality is only legitimate and valid when that inequity is a result of seizure of one person’s wealth by another person. A thief who robs you at gun point, or who picks your pocket, commits a crime and is punishable by law. But politicians also steal wealth. They do so by passing laws that enrich themselves under the guise of equalizing the supposedly unfair and unequal natural distribution of wealth, and replacing it with their artificial system. To do this, they cite statistics, which can be manipulated into lies, and claim the support of The People. Politicians pay themselves high salaries. They give themselves undeserved and unearned retirement benefits and many perks of office that set their own wealth well above that of those who pay them. This is the only form of income inequality that ought to incite the rage of Americans against politicians, who feed at the extraordinary trough of taxpayer dollars taken from their fellow citizens.