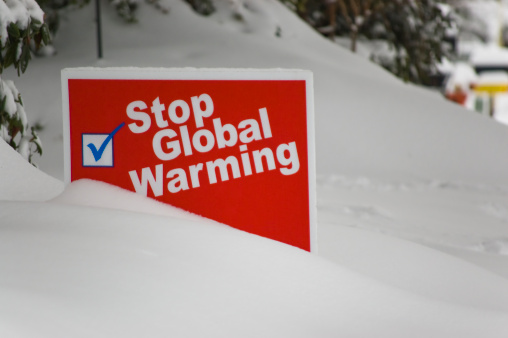 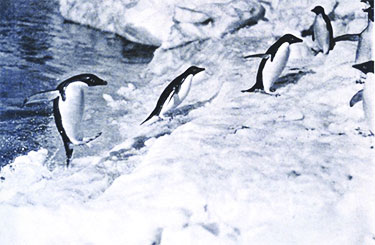 Climate scientist and expedition leader Chris Turney, who set out from New Zealand November 28 with a 74-member crew comprised of scientists and media figures to  document climate change at the south pole, got a little less global warming than he bargained for.

For over a week now, Turney and his team have ironically been stuck in Antarctic ice even thicker than normal for this time of year. After repeated attempts to cut through the ice with special ships, a helicopter finally had to be dispatched to airlift the people aboard out of the frozen sea.

The air rescue follows three different attempts using icebreakers to save the climate change scientists, media members and tourists on board who have been frozen in place in the heavy sea ice since Christmas Eve. All three of those attempts failed due to weather conditions and the apparent severity of the ice.

It was reported that in the last attempt, The Aurora, a ship with a high icebreaker rating, was unable to navigate “white out” conditions that included heavy show, wind and fog. A Chinese icebreaker named The Snow Dragon which was sent before that also got stuck in the thick ice.

Funny how the irony of this entire situation is totally lost on the majority of the mainstream media reporting on it.

According to The New American, Australian climate professor Turney is a known alarmist who has been openly crying for more government control to fight so-called man-made global warming:

[Turney] claims emissions of essential-to-life carbon dioxide — exhaled by all humans — must be drastically curtailed by government to stop “global warming,” which has been non-existent in recent years. The controversial alarmist, who boasts of setting up a “green” business known as “Carbonscape” to profit from increasingly discredited theories underpinning climate hysteria, was on a self-proclaimed mission to “discover and communicate the environmental changes taking place in the south.”

In a message released from the stranded scientists, they made sure to point out that sea ice is disappearing due to climate change — written as they were trapped in the overwhelming sea ice:

We’re stuck in our own experiment. We came to Antarctica to study how one of the biggest icebergs in the world has altered the system by trapping ice. We followed Sir Douglas Mawson’s footsteps into Commonwealth Bay, and are now ourselves trapped by ice surrounding our ship.

Sea ice is disappearing due to climate change, but here ice is building up. We have found this has changed the system on many levels. The increase in sea ice has freshened the seawater below, so much so that you can almost drink it. This change will have impacts on the deep ocean circulation.

Underwater, forests of algae are dying as sea-ice blocks the light. Who can say what effects the regional circulation changes may have on the ice sheet of the Antarctic plateau, or whether the low number of seals suggests changes to their population. [emphasis added]

Even more ironically, Anthony Watts posted a video of Mawson in an ice-free Commonweath Bay Antarctica in 1912. Watts wrote, “It looks like that part of the Antarctic was warmer in Mawson’s day than now. In fact the antarctic is currently colder than it has been for a long time. The high latitudes of the Southern Ocean have been cooling since the 1980′s according to SST data.”