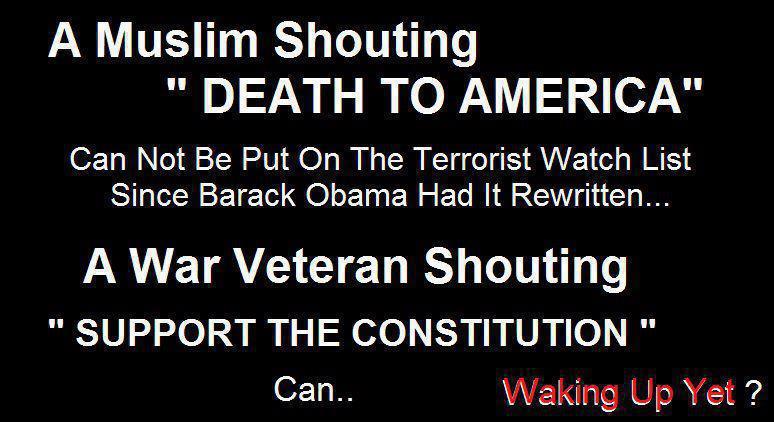 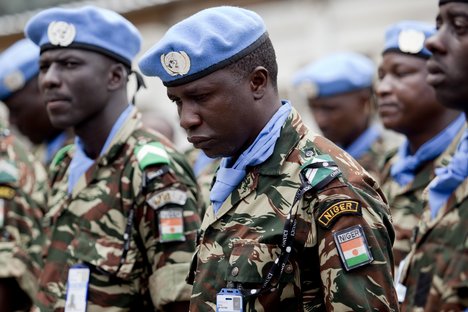 Americans need a hard core reality check and they need it now. Some very important poll results were released recently which we all need to be aware of. The people of 60 nations were asked a simple question. “Which country do you think is the greatest threat to peace in the world today?”

Who would you pick?

I think my personal pick might be Saudi Arabia because I believe that they are more instrumental in our policies than any of us would care to admit. I believe that Saudi Arabia runs a lot of the world’s terrorist networks as the chief financier. I believe that America is Saudi Arabia’s lapdog. Even so, and even if I am right, we have the guns and they simply have the money and oil to hire our guns. And even if they are calling the shots, we are still doing the dirty work and that does not dissolve our guilt.

Would it surprise you if the world picked the United States by an overwhelming margin? We are viewed as the biggest threat to world peace.

The US has been voted as the most significant threat to world peace in a survey across 68 different countries. Anti-American sentiment was not only recorded in antagonistic countries, but also in many allied NATO partners like Turkey and Greece.

A global survey conducted by the Worldwide Independent Network and Gallup at the end of 2013 revealed strong animosity towards the US’s role as the world’s policeman. Citizens across over 60 nations were asked: “Which country do you think is the greatest threat to peace in the world today?”

The US topped the list, with 24 percent of people believing America to be the biggest danger to peace. Pakistan came second, with 8 percent of the vote and was closely followed by China with 6 percent. Afghanistan, Iran, Israel and North Korea came in joint fourth place with 5 percent of the vote.

The threat from the US was rated most highly in the Middle East and North Africa, those areas most recently affected by American military intervention. Moreover, the survey showed that even Americans regard their country as a potential threat with 13 percent of them voting the US could disrupt global status quo.

One quote from the RT article was particularly bothersome to me.

In general 2013 saw a drop in approval ratings for the Obama Administration. A poll conducted by the AP-NORC Center for Public Affairs Research revealed that 50 percent of those asked thought that the political system in the US needed a “complete overhaul.”

I don’t think many of our regular readers would disagree with that statement. I think most of us know that America needs a “complete overhaul.” But my bigger concern is that key world powers like China and Russia are thinking the same thing.

If 50%, or more, of the people in the world currently think that we are going in the wrong direction, and chances are very good that we will soon be under the leadership of Hillary Clinton, I don’t expect that number to be plummeting any time soon.

Eric Blair of Activist Post views it this way:

Ultimately the examples provided above are small potatoes compared to a global call to oppose or even confront the U.S. military which is conceivably one of the “solutions” to imperial warmaking. Is it still a conspiracy theory to think U.N. Peacekeepers will engage the U.S.?  It can never go that far, right?

Well, anti-America perception is only likely to grow larger and louder. Even anti-war blogs like this one contribute to it merely by publishing America’s crimes against humanity.  In this way, the alternative media is being used by the agenda as an echo chamber for anti-American content. As honest, pro-peace and human rights media, we propagate this agenda whether we want to admit it or not.

I am not calling for a revolution today and I am not trying to panic anyone.

But I think it is worth noting that things tend to follow a certain sequence. When public opinion begins to mount it tends to eventually lead to public pressure and then to government action.

I think we have a choice. Either we do it by our own hands or we let some multi-national coalition come and do it for us.

Don’t think it can’t and won’t happen. I read international news every day. It is my belief that it is more reliable than anything in the main stream here. America has always been hated to a certain extent, but now it’s different.

In the past there has been a lot of jealousy involved because the people of this country are honestly very fortunate, or at least have been in past generations.

It is different today because it is genuine hate that is based upon our role in the world as a bully. We are no longer seen as a world peacekeeper even by some of our closest allies.

All you really have to do is go back a few months and look at what happened with Syria. Obama and Kerry tried to lead the charge and no one wanted to follow.

World leaders will eventually start to cave to the pressure put on by their own constituents and we will be the target, unless things change dramatically.

I realize that a vast majority of people in this country have either given up, blindly think we are on the correct path, or simply think that we can change our fate at the ballot box. I disagree with all three of these ideologies, primarily because I don’t think we have a chance for fair elections here. Even if I am wrong, and we get a fair election, then what?

Want to elect another republican warmonger? This is not all the fault of Obama. This has been in play for many years. If you think it is all republicans or democrats at fault then you might want to try to be a little more open-minded. No matter what you political persuasion, if you can’t see the faults of your own party then you are part of the problem in this country.

I just want people to understand that there is a natural order in life that can not be denied.

If you fail to make a decision for too long then eventually a decision is made for you.

American apathy is how we got into this mess to start with and it is also how we may end up getting up close and personal with those “blue helmet” guys someday. I never thought I would see the day when Russia and China were held in higher regard internationally than the United States. But that is exactly what has happened.

Honestly, if the people of this country don’t want to rise up then maybe we do need someone to intervene. I just don’t have much confidence that it would be done correctly and that is something we all need to think about.

We are no longer the good guys. We have a target on us.