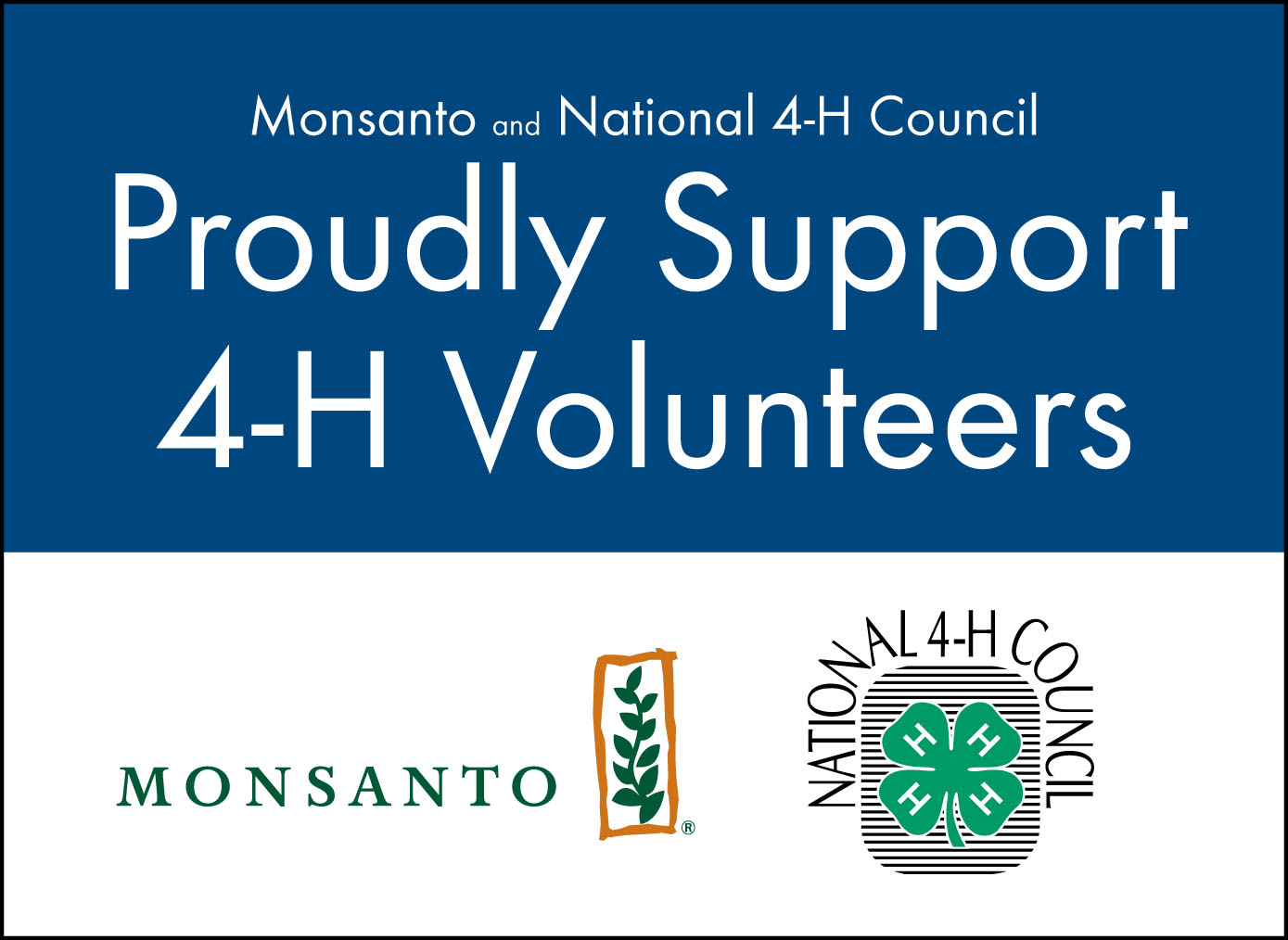 If you’re looking for wholesome activities for your kids, you might be considering something like 4-H.  Geared towards an agricultural lifestyle, the 4-H Youth Development Organization seems like a great way for your child to hang out with other kids who are interested in more than the latest TV reality show. Doesn’t this sound great?

Unfortunately, 4-H has sold out and become irrevocably tainted by it’s corporate donors.  The roster reads like a Who’s Who list of evil corporations, including the ever evil Monsanto, the eugenicists extraordinaire at the Bill & Melinda Gates Foundation, United Soybean Board (don’t forget that 90% of the soybeans produced in America are GMO), Coca-Cola (who spent over $1.5 million to fight against the labeling of GMOs in California), Big Biotech buddies Cargill and DuPont, and Big Pharma representative, Pfizer.

Dr. Joseph Mercola revealed the appalling corporate connections in an article on his site. He wrote eloquently:

The organization is extremely influential to children, impacting their intellectual and emotional development through their numerous programs and clubs. Unfortunately, Monsanto is using its partnership with 4-H as a vehicle to worm its way into your child’s mind in order to influence her developing beliefs and values.

Children are like little sponges, soaking up everything they see and hear, which makes them particularly vulnerable to being sucked in by propaganda.

And the effects could be life-long—at least they’re intended to be. Indeed you’d be hard-pressed to convince an adult, who from childhood was taught the merits of genetically engineered foods, that there’s anything wrong with such alterations of the food supply.

If your child is involved in 4-H, it would be wise to monitor the messages she’s getting, given this organization’s  corporate sponsors and alliances.

4-H is really the perfect vehicle for Big Ag to manipulate an entire generation, using tactics not that different from the youth indoctrination strategies employed by political extremists in order to gain children’s trust and then “groom” them however they wish.

Think about it—what better way to control the future of our food system than to brainwash 6.8 million impressionable youth into believing that genetically modified organisms (GMOs) are safe and beneficial, if not the answer to all the problems of the world? (source)

Obviously, when an organization is given millions of dollars, they will provide the messages that the corporate sponsors want them to provide. Would they speak out against GMOs when biotech is the one that funds them?  Of course not. A quick visit to their website takes you to the “AgriScience” page, where it blatantly says, “The 4-H AgriScience curriculum and supporting programming has been created to cultivate the emerging study of biotechnology and business/economics in the agriculture industry.” (emphasis mine)

The page goes on to discuss the involvement of the US Soybean Council (remember, these aren’t organic soybeans we’re talking about!) with the indoctrination…oops – I mean, curriculum.

National 4-H Council partnered with the United Soybean Board (USB) and five state 4-H programs to conduct AgriScience/Biotechnology programs in ten urban areas of Delaware, Illinois, Indiana, Missouri, and Ohio. In addition to providing an introduction to AgriScience/Biotechnology, youth learned concepts such as Agricultural Literacy, Global Food Security, Sustainability, and about the variety of career paths associated with the field. A total of 82 teenagers were extensively trained, and in turn, reached 620 youth in afterschool and summer programs during 2012. Each of the sites involved biotechnology partners from agribusinesses, commodity groups, and universities. (source)

For those who couldn’t attend and be brainwashed in person, power point presentations are available on PDF.

But it gets even worse.  Dr. Mercola’s article also points out that Public Enemy Number 1, Monsanto, is actually training 4-H volunteers!

Pro-GMO propaganda would be easy to weave into 4-H’s program since they already occupy the role of teaching children the art of farming, and in their position of authority, children would never question it. Monsanto is now also training tens of thousands of 4-H volunteers, according to an article in 4-Traders:

Monsanto also boasts of the connection on their website.  Read between the lines and you’ll find this to be a rather chilling message.

The motto of the world’s largest youth organization is “To Make the Best Better.” This is honored by Monsanto as we are proud to share and support the motto of 6.8 million youth, aged 5-21, who are involved in 4-H programs annually. 4-H can be found in every county in every U.S. state, as well as the District of Columbia, Puerto Rico and more than 80 countries around the world.

As 4-H programs continue to develop youth to reach their fullest potential through developing life skills, learning by doing, and utilizing the knowledge of the land-grand university system, we at Monsanto directly support the program in many ways, including the 4-H Volunteer Initiative, which attracts volunteers who coordinate local community clubs and help to plan and conduct local, regional, state and national 4-H events. (source)

That’s right…Monsanto is directly influencing the developing minds of 6.8 million kids per year.  Let that terrifying figure sink in.

If your kids are already involved in 4-H, please take a close look at what they’re being taught, because damage control may well be in order.

Biotech will stop at nothing to dominate American agriculture.  From their website called GMOAnswers, which is nothing but a compendium of disinformation, to the use of cartoons to make their ways of farming seem normal and acceptable, this is just another terrifying effort to control the minds of the future farmers of this country so that they believe the benefits of toxic farming methods outweigh the horrific damage caused by it, as was tragically seen on the island petri dish of Molokai, Hawaii.

The corporate sponsorship of 4-H is a match made in hell.  A once-positive organization for kids has sold its soul to corporate sponsors,  and the insidious brainwashing may well put GMO-tainted food on every plate in America within the next 20 years. If you think that the cancer epidemic is outrageously high now, just wait. The USDA keeps approving the use of ever-more-toxic chemicals, and through 4-H propaganda, an entire generation of future farmers is being taught that this is the best way to feed the world.

Thank you to Survival for Blondes!