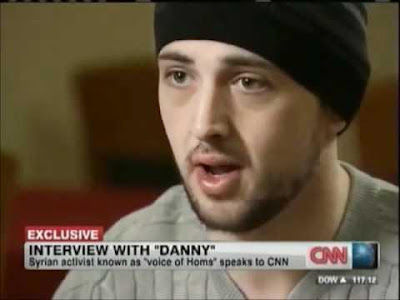 Good morning Americans. I am feeling the need to touch on a subject that a lot of us can probably relate to. The subject is conspiracy theories and how we can be hesitant to accept them, regardless of evidence. I suppose that, at least in my case, I don’t want to be seen as overly crazy. Even though my skin is thicker than most, I still have a lot of “people pleasing” in me. I still get my feelings hurt sometimes. I admit it. So sometimes it is easier to accept the lie than it is to look at the truth and risk being called a lunatic. The reality of being the Editor of the D.C. Clothesline is that I am constantly trying to keep a sinking ship afloat. On an average day I lose 14 email subscribers and gain 16. I lose 35 Facebook “likes” from our page and gain 40. We print some very controversial material and that’s how it works. People may agree with 80% of what we print, but when they see the one story that they can not accept it has the potential to make them so angry that they leave. Why? Because much like myself they are not ready to look at certain situations. It’s OK to question Barack Obama, for instance, but as soon as we print a story that makes people look at the possible transgressions of George W. Bush many will head for the exits. I continue to go forward with what I believe is the truth because that is what this will always be about for me. I want to know the truth. I need to know the truth. I have no illusions that all republicans are good and all democrats are bad. In fact, I think most politicians are on the side of evil. Some are just more evil than others. Even so, keeping an open mind is difficult for me, and if it is difficult for me then I can understand that others will feel the same way. A few weeks ago I printed a story about Barack Obama allegedly attempting to set off nukes on the east coast. The story was just too crazy for me to believe. I printed it because there was a shred of doubt in my mind that it was true, but I was very uncomplimentary of Dr. Jim Garrow and I let my own hesitancy shine through. Now I am not so sure. Behind the scenes I get lots of articles and tidbits that I don’t always pass along. A few people have approached me to share new evidence that would seem to substantiate the story. The bottom line is that I am starting to believe it really happened. I might find myself writing a follow up in the future to tell you that I now believe it really happened. If I can become 95% convinced that it did then that is what I will do. Why? Because again, it is about the truth for me. I bring this up because I think that a lot of people can relate to how I feel. I was born and raised a Christian. Part of my upbringing was to try to see the inherent good in everyone. I believe that people are born with this goodness and I don’t want to believe that people could really be as horrible as it seems. But many are. I don’t always accept that immediately and just like many others I buck the truth at first. There have been a few stories lately that made me feel this way. But I also see evidence that others are in the same boat. There is a story, that should be the story of the decade, and people are afraid to share it and afraid to accept it. Some won’t even read it. They are like I was at one time. I wanted to believe that Ronald Reagan and both Bush’s walked on water. I still find it hard to look at these men and think that they could have done anything wrong. It comes from that conservative republican bias that I grew up with. To this day it is hard to let go of that. But only a few weeks ago it was revealed that Saudi Arabia was the primary state sponsor of the 9/11 attacks. We actually ran a couple of different articles on the same topic. After looking at the evidence I thought it was warranted. This story really is that big. Why then is no one talking about this? Why is it that very few want to share it on social media? Why can’t we get people to even bother to read it? It goes back to what I am talking about today. No matter what the evidence is we don’t want to think people could be that bad and we certainly don’t want to think that George W. Bush would have looked the other way with this knowledge. But he did. Furthermore, not one person decided to come forward in the last 12+ years even though many had to know about this. Not only did they try to keep it from the American public but they continued to use our tax dollars and pledge the lives of our young men and women to die for the cause of supporting Saudi Arabia. As recently as this summer, Barack Obama and John Kerry were trying to convince the world to bow to the will of Saudi Arabia and go bomb the hell out of Syria. Not only did they spin a false tale, the media backed them up.

So let me get this straight… Saudi Arabia financed the murder of thousands of Americans and we kept supporting them? We continue to run to their aid whenever they need us? Tell me it is not all about money and oil and I will call you crazy. People want to feel that there is hope and they want to feel like the republicans will save them I suppose. But there is no being saved by any of these political leaders. I can’t speak to all of you when I say this because not all of you share my belief in Jesus Christ. But for those that do, please wake up. You are actively putting your faith in men and women who wish to rule you. You will continue to be disappointed again and again by doing this. God has the power to restore America but He can’t do it if we continue to worship false gods and ignore the only real truth which is His word. For those who are not Christian, you may disagree with my solution but I am sure you see the problems. Last week’s conspiracy is today’s truth and it is happening so fast that people have become numb to it. We live in a country where Phil Robertson is headline news and a government that is complicit in the murder of Americans is conspiracy, no matter how much proof we can manufacture. Benghazi is no different. The current administration did more than make mistakes. They were complicit in the deaths of those four Americans. The truth is the truth. It will not always be popular and will at times be too much to accept. But I plan to keep on telling it. That doesn’t mean that I am always right, because the Lord knows I am not. But I will not cower in fear and wonder how my words will be received. If I believe that a story is truth then I am going to put it out there and I can’t allow myself to be burdened with who might be offended. Not everyone is going to like me and I realize that. But if our country is to ever wake up then it is going to take more and more people who are not afraid of the truth. I need you all to realize something about me. I am doing this for my family. I have five beautiful girls ages 6 months to 10 years. If I can’t somehow effect change in this country then my girls have no chance. I don’t care about selling books and being on TV. I am not a great wordsmith. I am just a simple guy who has a tremendous need to see a better America and I still believe it can happen. But we won’t be saved by any politician. It is going to take the people of this country to act like they are alive and take back what is theirs. In order for them to do that, and my girls to benefit from it, then I have to do anything I can to get the truth out to people. It frustrates me to unhealthy levels but the truth is the only thing that can save us. Every day I realize, more and more, that the truth is far worse than I ever imagined.