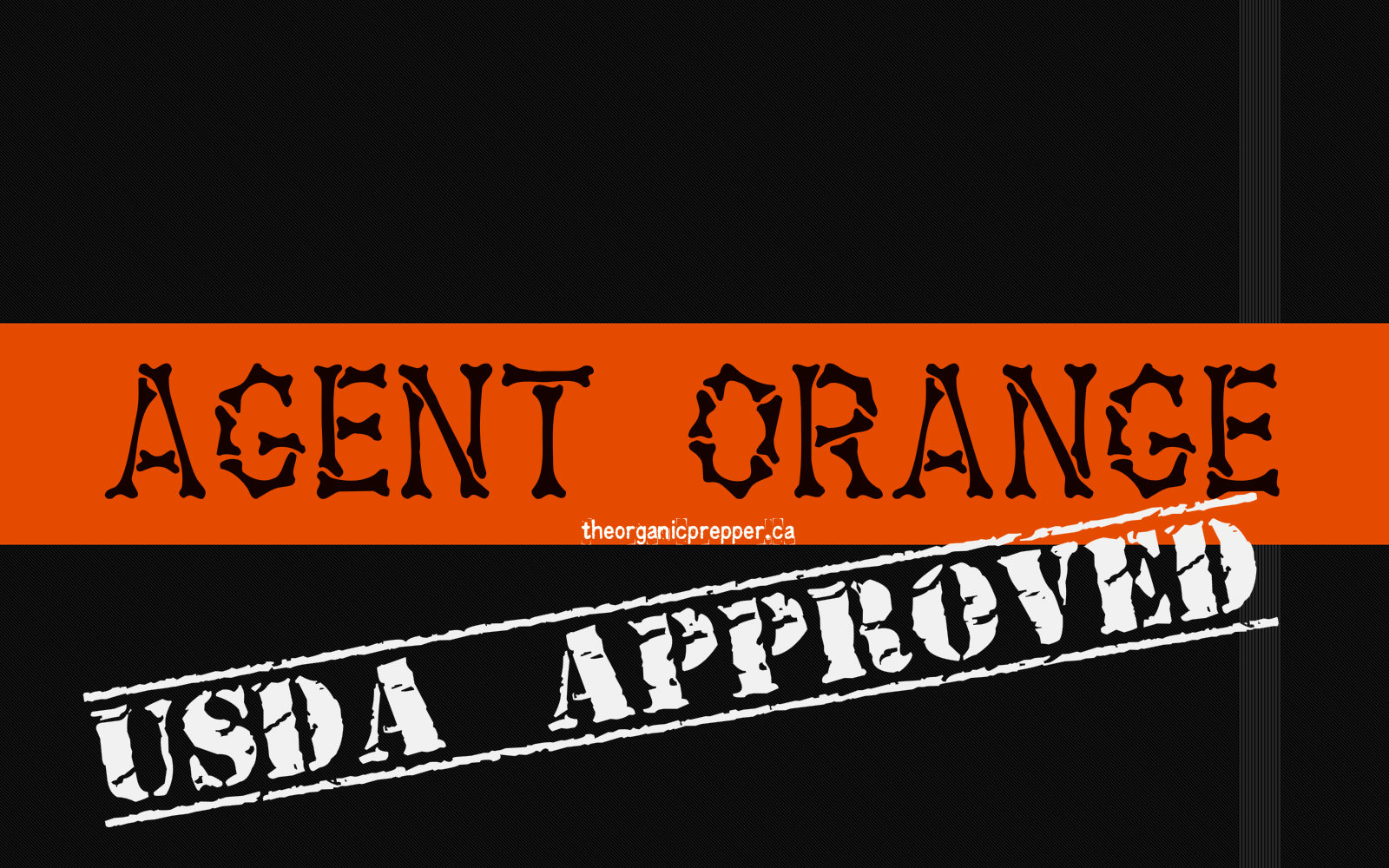 Ah, the sweet smell of Agent Orange in the morning.

Our benevolent agricultural guardians at the USDA have announced that they are allowing the introduction of new corn and soybean seeds that have been designed specifically to withstand a dousing with 2,4-D, a key ingredient in the infamously deadly Agent Orange.

Now we get to be the unwilling guinea pigs while USDA-approved test fields are planted.

It seems that our government did not learn its lesson from the millions of people gruesomely affected by the ingredients of Agent Orange the first time around.

Agent Orange, you may recall, was brought to wartime Vietnam by the evil masterminds at Dow and Monsanto. American forces sprayed it all over the countryside of Vietnam from 1961 to 1971.  Its purpose was to defoliate trees and shrubs that were providing cover to enemy forces, and to kill food crops that were providing sustenance.

This caused damage to the ecosystem of Vietnam that is still present today. More than 5 million acres of forests were destroyed, and half a million acres of farmland were tainted. It will take centuries of nurturing for the land to recover.

The environment was not the only thing affected. Exposure to Agent Orange resulted in five horrible illnesses in those exposed: soft-tissue sarcoma, non-Hodgkin’s lymphoma, chronic lymphocytic leukemia (including hairy-cell leukemia), Hodgkin’s disease, and chloracne. (source) What’s even worse is that the damage may not be limited to those directly exposed – it can affect offspring even up to 3rd and 4th generations.

Over a million US veterans were also exposed:

In 2010, the U.S. Department of Veterans Affairs provided $16.2 billion in compensation to 1,095,473 Vietnam-era veterans.[i] The agency does not relate these service-connected benefit figures directly to Agent Orange/dioxin exposure or to any other possible cause of illness, nor does it provide data on total compensation for the years since the war ended.

Many questions remain:   Whether (and how to test whether) the illnesses of veterans and their offspring are related to Agent Orange and other herbicide exposure; Levels of dioxin present in the chemicals; The accuracy of data about veterans’ exposure; Levels of corporate, military and government awareness of dioxin’s presence; Fixing of responsibility for the contaminant’s presence and liability for its damages; Details of research protocols, accuracy of findings and reliability of interpretations; and Decisions on who should pay what to whom for which possible courses of remedial action.  This “blame game” has blocked action in both the U.S. and Vietnam, needlessly prolonging the suffering of millions of U.S. veterans and Vietnamese.  – (source) And now, the USDA, in all of their infinite wisdom, intends to expose Americans to one of the deadly ingredients via our food supply.

Corn and soybeans are present in some form in up to 90% of the processed foods available today. So not only will we be exposed to the effects environmentally, anyone who eats processed food will be directly consuming it. Mmmm…Corn with Agent Orange Sauce…Yummy.

Some scientist argue that 2,4-D is not responsible for the horrible human toll extracted by Agent Orange, while others claim the weed-killer is deadly.

According to the Associated Press, scientists don’t believe 2,4-D to be responsible for health complications caused by Agent Orange, and have instead pinpointed the ingredient 2,4,5-T – banned by the EPA in 1985 – as the culprit. Previous findings by the EPA have also declared the weed killer safe to use, but other groups aren’t as confident.

As RT reported in the past, the Natural Resources Defense Council has linked 2,4-D to cases of cancer, genetic mutations and more. In addition the impact on humans, the Save Our Crops Coalition believes it will be extremely difficult to contain the application of the herbicide to a particular area.

“These herbicides have been known to drift and volatilize to cause damage to plants over ten miles away from the point of application,” the coalition claimed. (source)

Proven in the island petri dish of Molokai, the danger of GMO crops is not limited to the consumption of those foods. The farming methods themselves cause an epidemic of deadly health problems to those near the fields, including cancer, respiratory illness, and horrible skin disorders.

The EPA review of these experimental new seeds will occur over the next few months, and if approved (and we all know it will be since the EPA is as much of a sell-out as the USDA) farmers across the country will then be able to plant the new seeds douse the fields with 2,4-D throughout the growing season.

When the very air you depend on to survive is poisoned, what can you do? How can you prep for this?

Agent Orange.  It’s coming to a farm near you.