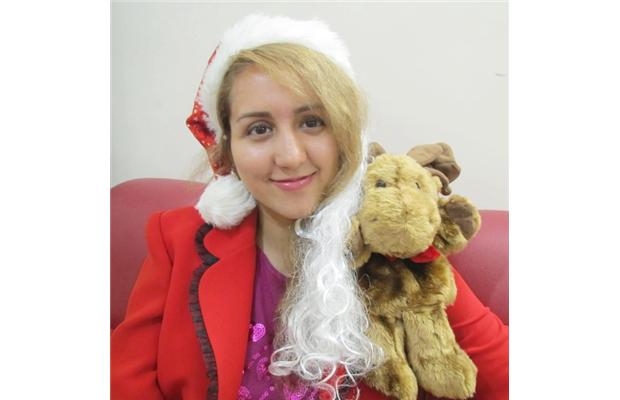 Sanaz Nezami was a beautiful, intelligent young woman with a bright future ahead of her. She was 27-years-old and newly married to Nima Nassiri, an Islamic man from Los Angeles. This tragic story broke on January 1st. The AP whitewashed the story. USA Today’s story read “Woman’s Tragic Death Leads Nurses To Bond With Her Family Overseas.” The title is correct, but the truth about what happened to the brilliant young woman, who could speak three languages, is much darker. She died at the hands of her Islamic husband, in what was most obviously an honor killing. Why does the media ignore the atrocities of Islam? How many more women like Sanaz Nezami will have to die at the hands of their husbands, or other relatives, before society recognizes the truth? Sadly, too many have died. American society is hopelessly brainwashed by the progressive media and the Obama Administration into believing Islam is a religion of peace; a religion misunderstood and hijacked by radicals. By the time people wake up, it will be too late.

Sanaz Nezami had big plans. She wanted to pursue an advanced degree in engineering at Michigan Technological University, but she never got that chance. Instead of getting the chance to pursue this dream, she was viciously and repeatedly beaten by her Islamic thug of a husband. They had only been in Michigan for a few weeks before she died. The circumstances of her quick marriage and horrific death should shine light on the brutality that Islamic woman face who are victims of an honor killing.

In August, Nezami married Nima Nassiri in Turkey and lived with him temporarily in the Los Angeles area, where he was born and raised. Her sister said the two met over the Internet.

Nezami, a native of Tehran, had a bachelor’s degree in engineering and a master’s in French translation. She wanted a doctorate degree in environmental engineering.

The newlyweds drove from California and found a rental home in November in Michigan. Nezami stayed in touch with family through e-mail, text message and video.

Leaving her family in Iran, she took off with Nima Nassiri. Keeping in touch with her family via the internet, no one knew what she was going through at the hands of her husband; how many times she had been beaten. However, when she omitted some lines from a translation, her family members knew something was terribly wrong. Someone this intelligent, who had always been exceptionally precise, would not miss something like this.

On Dec. 7, she asked her sister to proofread some English-to-Persian translation she was doing on the side.

“I was shocked,” Sara Nezami said. “Sanaz was a very precise girl, but she omitted some lines. I asked, ‘Are you OK?’ She told me there was no problem.”

The next day Sanaz Nezami was rushed to a hospital with severe head injuries and was transferred to Marquette General Hospital. Police believe she was assaulted by her husband, who has been charged with second-degree murder.

She had been suffering from repeated brutal beatings at the hands of Nassiri, but she suffered in silence, then she slipped away. Her body was so battered internally, there was no way to save her.

“Her brain was so swollen and so damaged, there was no longer any blood flow,” explained Gail Brandly, who supervises nurses at the hospital.

No one knew anything about Nezami, so Brandly ran her name through Google. Suddenly, the stranger who couldn’t speak for herself came alive through a resume posted online.

After about 24 hours, the hospital reached relatives in Iran. Immediate travel to the U.S. was impractical due to visa requirements, so a laptop was set up so the family could see Nezami on life support and talk to nurses and doctors over Yahoo Messenger.

It is truly amazing that the hospital was able to reach Nezami’s family through a Google search. The horror of watching her die online would have to be the most heartbreaking sight to witness. This was the only way to reach her family. Otherwise, she would have died and no one would have known.

At one point, nurse Kim Grutt was asked to stroke Nezami’s head and kiss her forehead.

“They wanted us to do things for Sanaz that they would have done,” Grutt said. “They said, ‘Let her know we love her. We’re here.’ I felt completely comfortable.”

Nezami died on Dec. 9, but her critical organs — heart, lungs, kidneys, liver, pancreas and small intestine — could be used by others. With the family’s consent, they were removed and transplanted to seven people.

Sanaz Nezami loved America, and she was buried on December 18th in a local cemetery. Twenty people came to her funeral, mostly doctors and nurses who had cared for her in her final days. Her death touched the hospital staff profoundly, but the real issue is left unaddressed: The honor killing she suffered at the hands of her Islamic husband.

Murder is also inflicted upon Muslim women by their husbands, fathers, and brothers. The practice is called “honor killings.” A Muslim woman or young girl will often be killed by a male family member, after she is believed to have committed an act which defies Islam.

What motivated Sanaz Nezami’s husband to beat her senseless? We might not ever know the truth about why he mercilessly beat her to death, but there doesn’t have to be a reason. Possibly it was her ambition that upset him. He doesn’t have to have a reason. His reason is Islam.

Qur’an (4:34) –“Men are the maintainers of women because Allah has made some of them to excel others and because they spend out of their property; the good women are therefore obedient, guarding the unseen as Allah has guarded; and (as to) those on whose part you fear desertion, admonish them, and leave them alone in the sleeping-places and beat them; then if they obey you, do not seek a way against them; surely Allah is High, Great.”

Sanaz Nezami died a horrific, tragic death at the hands of her husband. He beat her to death because he could; because his “religion” sanctions it. Islam is sadism and demented. Nezami’s beating will be written off as domestic violence in a culture that refuses to acknowledge the truth about the cult of death and Hell.