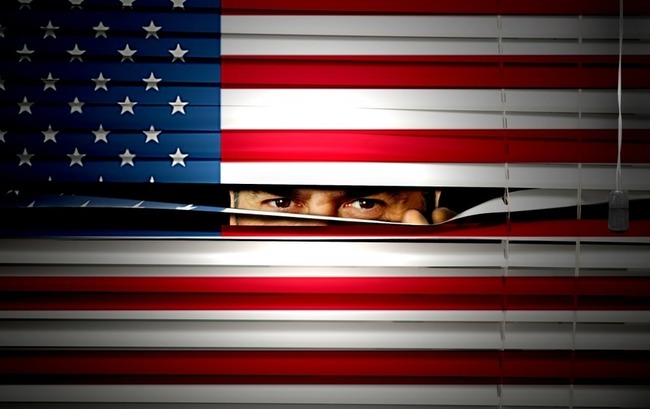 You, like most Americans, are friendly and like to mind your own business. You have 2.3 kids, a mortgage, and a loving spouse.

But, this is the 21st Century. A grand era of technology. Buck Rogers and H.G. Wells would be so proud of our technological advancements.

But so would Stalin, Mao and Hitler. The NSA’s recently leaked shopping catalog is chilling and would “harsh the mellow” of any regular Joe.

Let’s start with you.

You have a phone that you call home with. The NSA can listen in to your phone using PICASSO. It knows your phone book, your recent calls, where you’ve been, your PIN numbers that you’ve used, and can block your calls. Like if you’re being chased by black SUVs and you want to call 911 – tough luck, they’ve shut down your phone.

But the REAL interesting part of the PICASSO – it can collect LIVE AUDIO from the phone. Are you carrying on a great conversation about how much you think Obamacare is a scam? Your political dissent can now be recorded in real time and documented.

MONKEYCALENDAR can remotely send your previous locations via text message to the NSA.

The Apple iPhone isn’t even safe. DROPOUTJEEP is a software implant that can pull files, photos, address book, listen in on your conversations, capture images with the camera, and tell them your exact location – all being sent covertly through the SMS system.

CANDYGRAM should be called FAKEOUT because it mimics a cell tower. At 40,000 bucks a unit, it has been designed to be remotely erased in case it cannot be recovered.

How about your computer? We all know of PRISM and the other anagrams. Even your old computer isn’t safe.

And the big guys aren’t immune from the NSA keyhole-peeking approach. Products such HEADWATER and HALLUXWATER are actually designed to defeat Huawei Eudeomon firewall servers and give the NSA a backdoor to many European and Asian companies. Don’t worry Cisco firewall owners, the JETPLOW can probably be found on your units.

TOTEGHOSTLY is designed for Windows Mobile PDA’s to do the same function as PICASSO and DROPOUTJEEP, including listening to conversations and taking photos.

Even old computers aren’t safe. The Windows XP system has been compromised by SOMBERKNAVE, that helps VALIDATOR “calls home” and deliver the data to the NSA agent.

And this is nothing more than Tyranny, aided by the very manufacturers that expect you to trust them. Dell, Microsoft, and so many others have been in cahoots with the NSA since day one.

There is no room for individualism in this world. The government is everywhere, they see and hear everything and they control everything that isn’t human. They observe and report your actions, your thoughts, your feelings and emotions . You might think you and your family are succeeding in a small rebellion for a short while, but eventually it catches up with you. You realize they knew all along, they are already working against you and at the end of the day, they will kill every subversive thought you may or will have. There is not a chance to be an individual in this dictatorship. They will get you. They always get you. And eventually, they get to you.

James is a father of four and grandfather to four. He and his wife of almost 30 years have been prepping since 2003. They live in a small town, with neighbors as close as 10 feet away and have raised chickens for 2 years covertly on less than 1/5 of an acre. He is a former corrections officer, insurance fraud investigator, and he served in the Navy for 6 years. He currently works for a corporation dealing with the disabled population and their benefits. He is the host of The Covert Prepper show and the Prepper Podcast Radio Network News, both heard on Blogtalk Radio.