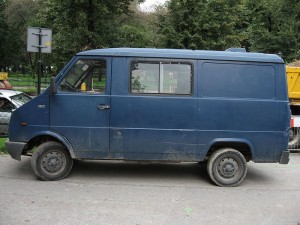 What advice would you give to a retired Air Force Colonel that has three graduate degrees and that cannot even find work as a janitor?  59-year-old Robert Freniere once served as a special assistant to General Stanley McChrystal, and he has spent extensive time in both Iraq and Afghanistan.  But now this man who once had an office in the heart of the Pentagon cannot find anyone who will hire him.  In addition to his story, in this article you will also hear about several other middle-aged professionals that cannot find work in this economy either.  Despite what the Obama administration and the mainstream media are telling you, the truth is that there has been no employment recovery in this country.  What you are about to read is absolutely heartbreaking, but it represents the reality of what is really going on out there in the streets of America today.

A lot of unemployed Americans believe that they cannot find work because they don’t have enough “education” or enough “experience”.  Well, the truth is that there are a whole lot of people out there like Freniere that have lots of both and still can’t even get hired as a janitor…

After a 30-year military career in which he earned three graduate degrees, rose to the rank of colonel, and served as an aide to Pentagon brass, Robert Freniere can guess what people might say when they learn he’s unemployed and lives out of his van:

Why doesn’t this guy get a job as a janitor?

Freniere answers his own question: “Well, I’ve tried that.”

Freniere, 59, says that his plea for help, to a janitor he once praised when the man was mopping the floors of his Washington office, went unfulfilled. So have dozens of job applications, he says, the ones he has filled out six hours a day, day after day, on public library computers.

So Freniere, a man who braved multiple combat zones and was hailed as “a leading light” by an admiral, is now fighting a new battle: homelessness.

You can read the rest of that article right here.  This just shows how badly the private sector in the United States is failing.  Someone with Freniere’s education and experience should be able to find work easily if our economy truly was healthy.

And of course Freniere is far from alone.  Just consider the story of 59-year-old Nancy Shields…

Earlier last year, the 59-year-old Shields lost her townhouse and now rents a single room in her Southern California town. At one point, she managed a team of 60 people for a large retailer. She lost that job in 2011 but took another one—and a 20 percent pay cut—some months later. When that store closed in 2012, her luck ran out, and she has been looking for work ever since.

“My federal [unemployment] benefits (were) about $1,200 a month, and that’s all I get. … I have been very dependent on the generosity of my family members,” Shields said.

Her retirement savings exhausted, Shields said she doesn’t know what she’ll do if Congress doesn’t eventually authorize an extension.

As I have written about previously, a lot of unemployed Americans are going to lose their last lifeline now that their extended unemployment benefits are being cut off.  In fact, it is being projected that a total of 5 million unemployed Americans will lose their benefits by the end of 2014.  Many of those unemployed workers will end up losing everything.  One example of this is 53-year-old biotech researcher Vera Volk…

Massachusetts resident Vera Volk also has a master’s degree, but the 53-year-old biotech researcher lost her job at the end of May and has been selling prized possessions in order to stay afloat.

“We’ve had to cash in everything that we could potentially cash in,” Volk said. “We’ve got our water heater down to the lowest we could potentially tolerate.” Volk’s extended unemployment benefits of $480 a week are the couple’s sole source of income. They’re four months behind on their mortgage, and although she and her husband have chronic health conditions, they couldn’t afford to keep paying for health insurance.

What would you do if you lost your job and couldn’t find another one no matter how hard you tried?

How would you stay afloat?

For 37-year-old Jeremy Botta, it is probably going to come down to selling off his most important possessions…

The pickup truck will probably be the first thing to go.

It’s the first new car that Jeremy Botta has ever bought, using his savings from working for more than 14 years at the same auto repair shop. “I bent over backwards—I worked almost a 100 hours a week on my salary to turn that store around,” said Botta, 37, who was laid off in April after the shop changed owners.

Have you ever worked 100 hours a week?

There are many Americans out there that put in crazy hours month after month and end up with nothing to show for it.

“If it comes down to it, I’ll have to sell the house,” says Botta, who bought the place in Bend, Ore., just months before he suddenly lost his job, which netted him as much as $60,000 in a good year. Having already raided his retirement savings, Botta thinks he’ll need to take three or four part-time jobs, working 60 to 70 hours a week just to get by without the unemployment checks.

“I don’t know how people make it on minimum wage,” says Botta. Having applied for nearly 100 jobs without luck—including cashier’s positions at Home Depot and Lowe’s—Botta expects he’ll be pumping gas if he’s lucky.

In a previous article entitled “15 Signs That The Quality Of Jobs In America Is Going Downhill Really Fast“, I detailed how the quality of the jobs in the United States is rapidly deteriorating.

And these days it is not just those with little education that are being forced to work low paying jobs.  In fact, the number of college graduates working minimum wage jobs has doubled since 2007.

In addition, according to a National Employment Law Project study about 60 percent of the jobs that have been “created” since the end of the last recession pay $13.83 or less an hour.

But you can’t support a family on that kind of an income.  In millions of homes in America today, both the father and the mother work multiple jobs and there still isn’t enough money at the end of the month.

The middle class is being systematically destroyed and poverty is absolutely soaring.  In some areas of the country, more than 40 percent of the people live below the poverty line.  You can check out an interactive map which shows where the highest levels of poverty in America are right here.  As you can see, the southern half of the nation has been hit particularly hard.

In a desperate attempt to stay afloat, more Americans than ever are turning to emergency loans.  I have written about the payday loan scam previously, but now a new twist on that scam has emerged.

They are being called “workplace loans”, and companies all over America are beginning to offer them as “benefits” to their workers.  But the effective annual percentage rate on these loans can be as high as 165 percent…

Arizona Restaurant Systems Inc., a Scottsdale, Ariz., company that operates 28 Sonic locations in the state, allows workers to take out loans ranging from $150 to $500 that typically last two weeks.

The fees, ranging from $8 to $25 plus interest, don’t go to the restaurant franchisee, but to a lender called Think Finance Inc., which makes the loans. Based on the fees, the loans carry an effective annual percentage rate of 100% to 165%.

Please don’t get trapped in any of those loans.  They simply are not worth it.

Unfortunately, this is just the start of our economic problems.  We are in the midst of a long-term economic decline that will soon greatly accelerate.

And despite relentless propaganda from the mainstream media about how “good” things are, most Americans are very pessimistic about where things are headed.  According to a survey conducted in December by the AP-NORC Center for Public Affairs Research, 54 percent of all Americans believe that life in America will “go downhill” as we approach 2050, and only 23 percent believe that life will improve during the next few decades.

Also, Americans seem to have very little faith in the federal government at this point.  According to a shocking new poll that was just released, only one out of every 20 Americans believe that the government is functioning well and needs no changes, and 70 percent of all Americans do not have confidence that the government will “make progress on the important problems and issues facing the country in 2014.”

If you are waiting for our politicians to fix everything and save the day, you can quit holding your breath.  They are way too busy having fun and raising money for their next campaigns.

For example, despite the fact that our country is falling apart all around us, Barack Obama just took an extended holiday vacation out in Hawaii and played his 160th round of golf since taking office.

Our “leaders” are not going to rescue us from what is coming.  That is why it is imperative to get prepared for the coming storm while you still can.

Time is running out. 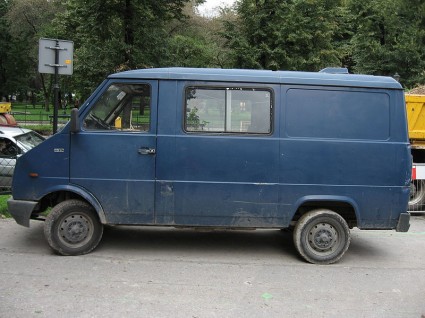