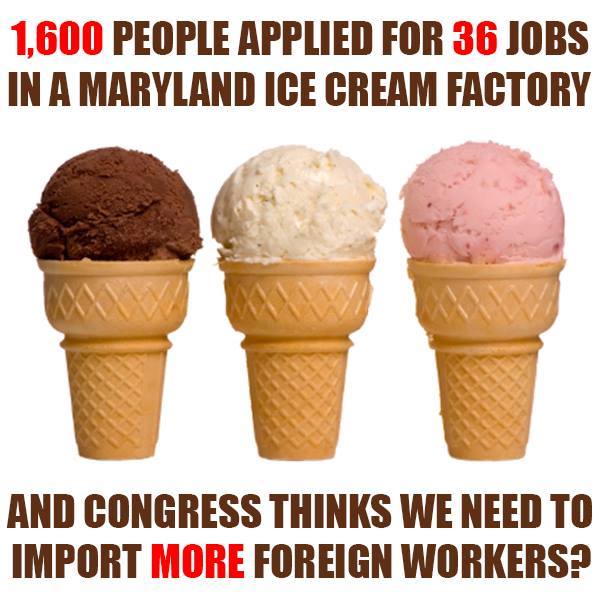 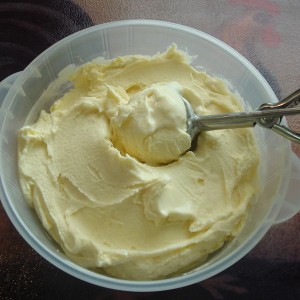 The stock market may be soaring to unprecedented heights, but things just continue to get even tougher for the middle class.  In this economic environment, there is intense competition for virtually all kinds of jobs.  For example, more than 1,600 applications were recently submitted for just 36 jobs at an ice cream plant in Hagerstown, Maryland.  That means that those applying have about a 2 percent chance of being hired.  About 98 percent of the applicants will be turned away.  That is how tough things are in many areas of the country today.  It is now more than five years after the great financial crash of 2008, and the level of employment in the United States is still almost exactly where it was at during the worst moments of the last recession.  And this is just the beginning.  The next major financial crash is rapidly approaching, and once it strikes our employment crisis is going to get much, much worse.

Working at an ice cream plant does not pay very well.  But at least it beats flipping burgers or stocking shelves at Wal-Mart.  And in this economy, there is no shortage of desperate workers that are willing to take just about any job that they can find.  The following is how a Breitbart article described the flood of applications that were received for just 36 positions at an ice cream plant owned by Shenandoah Family Farms in Hagerstown, Maryland…

Thanks to persistent unemployment and low availability of low-skill jobs, Shenandoah Family Farms’ ice cream plant in Hagerstown, Maryland has received over 1,600 applicants for a grand total of 36 jobs. Many of those applicants are former workers at the Good Humor plant that was bought by Shenandoah Family Farms. “You’d think that after 20-some-years working someplace at least somebody would think you area a good person, that you’d show up on time every day, and that would be worth something,” Luther Brooks, a 50-year-old former worker at the plant told the Washington Post. “I can’t get nothing. I’ve tried.”

Anyone that believes that the economic crisis is “over” is just being delusional.  It may be “over” for the boys and girls that work on Wall Street, but even their good times are only temporary.

Of course most Americans are not fooled by the propaganda being put out by the mainstream media.  According to a recent CNN poll, 70 percent of all Americans believe that “the economy is generally in poor shape”.

In other words, “It’s the economy, stupid!”

The American people can see that mid-wage jobs are disappearing and that the middle class is being systematically eviscerated.  The following is a short excerpt from a recent Business Insider article…

A startling number of middle-class jobs may be headed toward extinction.

More than any other job class, mid-level positions have struggled to recover from the recession, and only a quarter of jobs created in the past three years are categorized as mid-wage. There are high-skilled professional jobs that require college degrees and low-skilled service jobs for less educated workers, but the middle is getting squeezed.

As mid-wage jobs disappear, they are being replaced by low wage jobs.  As I mentioned yesterday, one recent study found that about 60 percent of the jobs that have been “created” since the end of the last recession pay $13.83 or less an hour.

And this is just the beginning of the decline of the middle class.  Another great financial crisis is rapidly approaching, and once it arrives things are going to get much worse than they are right now.

A number of very prominent experts believe that this next great financial crisis could begin in 2014.  For example, in a recent article entitled “Top Ten Trends 2014: A Year of Extremes“, Gerald Celente warned that “an economic shock wave” could hit the United States by the middle of the year.  Here are some excerpts from that article…

-“In 33 years of forecasting trends, the Trends Research Institute has never seen a new year that will witness severe economic hardship and social unrest on one hand, and deep philosophic enlightenment and personal enrichment on the other. A series of dynamic socioeconomic and transformative geopolitical trend points are aligning in 2014 to ring in the worst and best of times.”

-“Such unforeseeable factors aside, we forecast that around March, or by the end of the second quarter of 2014, an economic shock wave will rattle the world equity markets.”

-“Nearly half of the requests for emergency assistance to stave off hunger or homelessness comes from people with full-time jobs. As government safety nets are pulled out from under them – as they will continue to be for the foreseeable future – the citizens of Slavelandia will have no recourse but action.”

And according to the Wall Street Journal, United-ICAP chief market technician Walter Zimmerman in convinced that 2014 will mark the beginning of a massive stock market decline.  In fact, he believes that over the next couple of years it could fall by more than 70 percent…

In what may be the bearish call to end all bearish calls, one technician believes 2014 will be the year of “major reversals,” with the Dow Jones Industrial Average expected to start a two-year decline that could eventually take it down more than 70% to below 5000.

If his forecast is correct, it will make what happened in 2008 look like a Sunday picnic…

“Based on our longer-term time cycles the present stock market rally must be considered the bubble to end all bubbles,” Mr. Zimmerman wrote in a note to clients.