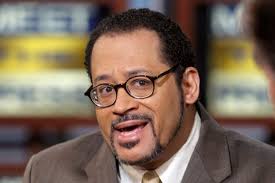 MSNBC pundit Michael Eric Dyson has called on Barack Obama to dispense with an “obstructionist Congress” and instead pursue his agenda via an aggressive raft of executive orders.

“Well the president has got to do this… Look he’s got three years left! Don’t be a lame duck! Stand up, show the kind of spine that you display when you’re sick and tired of being you know, uh treated and mistreated and the American people being mistreated. This president has the bully pulpit, he has the will of the American people, so many of us who stand behind him. And I think that he’s gotta trudge forward,” said Dyson.

“Now it’s true that this do nothing, obstructionist Congress on the one hand, can tie his hand, but there’s enough executive orders he can achieve on one hand. And also getting out there and rallying the troops so to speak. Using the brilliant oratorical skills he has to be able to enliven, edify and encourage American citizens to go to the polls, because he’s not on the ballot.”

If in Dyson’s mind having “the will of the people” translates to opinion polls that show popular approval for Obamacare at a record low, along with recent record lows in approval for Obama’s foreign policy, then he has a screw loose. According to a poll last month, Obama’s general approval rating also hit the lowest figure for his entire time in office. Obama is backed by “the will” of less people than ever before.

This isn’t about having “the will of the people” at all, in fact it’s the very opposite. Obama has the least support ever, which is why cheerleaders like Dyson are so desperate to see him resort to dictatorial measures to force through widely unpopular legislative issues such as gun control.

Dyson is no stranger to courting controversy and seems perfectly willing to let the most inane drivel spill out of his mouth on a regular basis.

During a May 2013 appearance on now fired Martin Bashir’s MSNBC show, Dyson called scandal-ridden Attorney General Eric Holder “the Moses of our time.” He has also previously compared Barack Obama to Nelson Mandela and argued that Obamacare will cure cancer.

In the aftermath of the George Zimmerman verdict, Dyson said that more white kids needed to die in order for Americans to understand racism, disproving his own ludicrous and convoluted theory that it is impossible for black people to be racist.

Without Dyson and his ilk, the world would be a lot less funny, but is it any wonder that MSNBC’s ratings have plunged to a 6 year low with people like him as pundits? 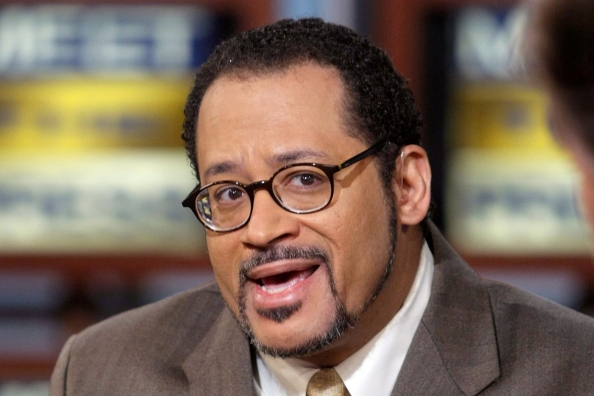