Now that record-breaking subzero temperatures in the form of a polar vortex have descended over much of the nation this week, the global warming Al Gore jokes have come rolling in. 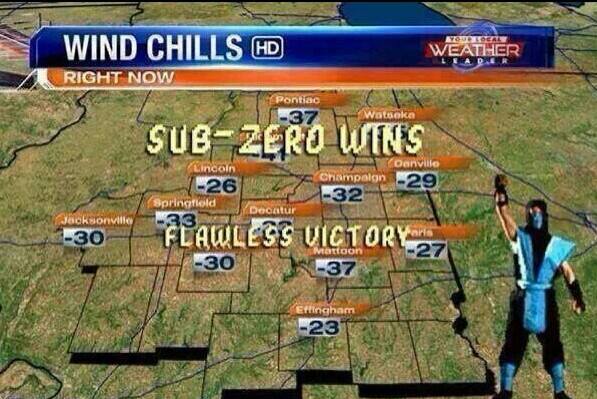 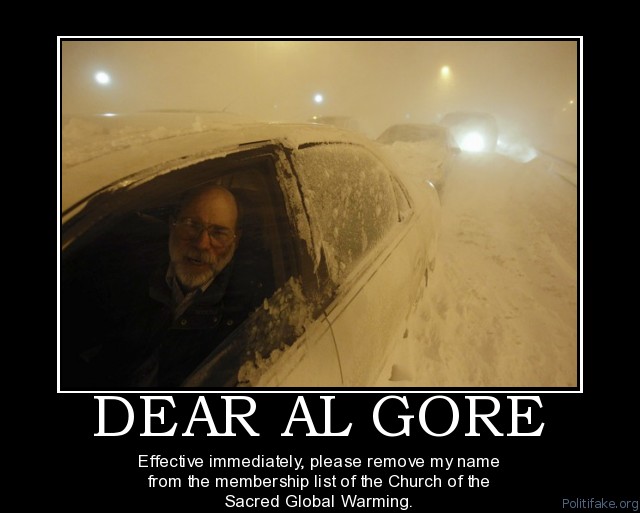 However, in case you didn’t know, you aren’t supposed to make jokes or even question if any weather happening anywhere on the planet (hot, cold, warmish, tepid) is, indeed, climate change driven or not, because we have all been told a thousand times that of course all weather at this point is because of man-made global warming.

The Wire: “How Global Warming Can Make Cold Snaps Even Worse”

How? Answer: “In fact, despite the trolling of Donald Trump and other climate change deniers, global warming is probably contributing to the record cold, as counter-intuitive as that may seem.”

(You’ve gotta love how if you don’t buy anthropogenic global warming, you are a “denier,” as in a Holocaust denier.)

Bloomberg Sustainability: “Why Is It So Cold? The Polar Vortex, Explained”

Explanation: “And, as weird as it sounds, global warming can play an indirect role in the occasional deep freeze.”

What do these low temps say? “Winters have become increasingly warmer over the past century, and despite the recent bout of subzero temps, global warming can make extreme weather events like the polar vortex even worse.”

Salon: “Actually, this cold weather can be linked to global warming”

So, there you go. Ready to pay your carbon taxes yet?

NPR’s “What Is The Polar Vortex And Why Is It Doing This To Us?” waited until the very end of the article to add, “Along with the effects that those high-pressure systems over Alaska and Greenland are having, there’s the possibility that climate change is also a factor.”

In CNN’s “Record cold doesn’t disprove global warming”, atmospheric scientist Adam Sobel writes, “As stated in the latest report of the Intergovernmental Panel on Climate Change, it is ‘virtually certain’ that daily minimum temperatures (as well as daily maximum temperatures) over land have increased since 1950.”

Tricky language, considering ahead of the IPCC report referenced, the Associated Press reported on leaked documents pointing to the fact that the IPCC scientists were, “struggling to explain why global warming appears to have slowed down in the past 15 years even though greenhouse gas emissions keep rising.” So, in other words, they didn’t know how to fit the Earth’s warming lull into their report and still sell people on the idea of man-made global warming. (Remember, this is the same panel who declared they were 95% sure global warming is man’s fault.)

Keep in mind that mainstream TV weather forecasters are regularly off about whether or not its going to rain tomorrow, let alone forecasts set decades in the future that will impact everyone on the globe.

Now these same media outlets are patronizing anyone who would dare even question how man-made global warming can also cause negative wind chills. Regardless of the answers, questions like that come from a common sense perspective, and after all, you really aren’t supposed to use any.

That’s what the mainstream media is for.

Still, as Al Gore stands to become the first carbon billionaire, sounding the alarm against global warming while spending $30,000 in utility bills for his mansion, the jokes are actually on us. 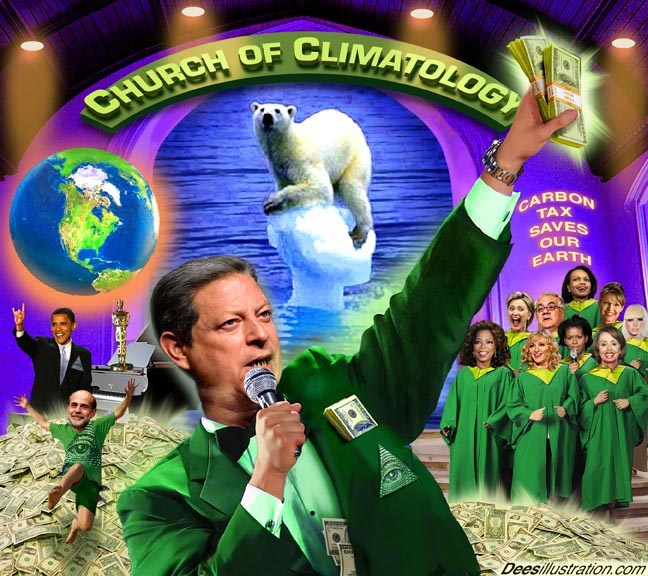 Sure, it’s beyond a joke when you look at it all through the lens of reality, but it’s important to understand the context in which this climate drive was put in motion. Aside from the failed Carbon Trading markets, it was a well-placed distraction at a specific place in time especially in the United States, Australia and Great Britain. Look at the timing of the climate movement which went mainstream in 2003-2005. By tying up millions of ‘green’ activists and controlled opposition organisations like Greenpeace, all three of those governments were able to aid industry in making substantial headway in the hydraulic fracturing shale gas, or ‘Fracking’ industry – in a quiet takeover of large areas of rural land and with little or no public resistance. By the time activists copped on, plans were already too far down the road and all the relevant civil servants, politicians and journalists were already bought and paid for. City fat cats and multinational energy consortium have been laughing ever since.

No Greenpeace ships circling Japan over the Fukushima disaster either. Funny that.