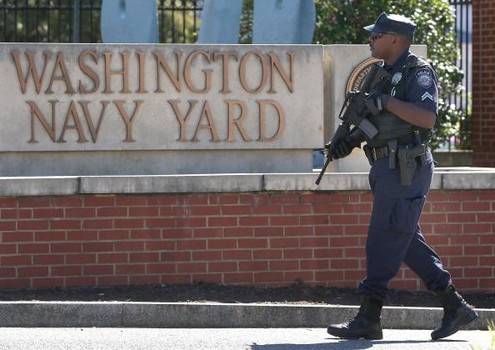 Scott MacFarlane, a reporter for NBC 4 in Washington DC, filed a Freedom of Information Act request with the Navy in order to have documents related to the Navy Yard shooting last September released into the public domain.

The Navy’s FOIA office confirmed that it had received MacFarlane’s request, but instead of sending him the relevant documents, they inadvertently sent an internal email containing instructions on how to avoid the reporter’s request. MacFarlane tweeted a screenshot of the message – which included the name of Robin Patterson, the Navy’s FOIA public liaison – accompanied by the phrase “EPIC FAILURE.”

“I think the appropriate response is ‘cameras are prohibited from the premises, with the exception of ‘official photos’ of specific events and assemblies, or ceremonies, such as retirements,” the email read, in part. “This request is too broad to tie to the specific event. If you discover that there is a ‘photo library,’ I would recommend negotiating with the requester…”

The Navy has managed to refuse all media requests that involve access to Navy Yard Building 197 since the shooting on September 16th last year. 34 year old Aaron Alexis killed a dozen people before being killed in a gun battle with police.