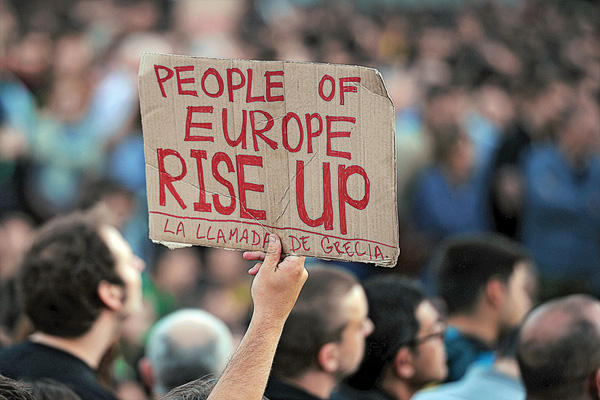 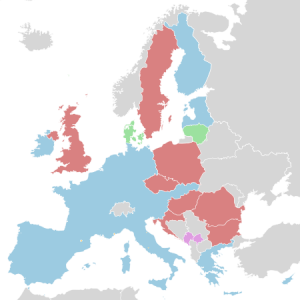 If you are anxiously awaiting the arrival of the “economic collapse”, just open up your eyes and look at what is happening in Europe.  The entire continent is a giant economic mess right now.  Unemployment and poverty levels are setting record highs, car sales are setting record lows, and there is an ocean of bad loans and red ink everywhere you look.  Over the past several years, most of the attention has been on the economic struggles of Greece, Spain and Portugal and without a doubt things continue to get even worse in those nations.  But in 2014 and 2015, Italy and France will start to take center stage.  France has the 5th largest economy on the planet, and Italy has the 9th largest economy on the planet, and at this point both of those economies are rapidly falling to pieces.  Expect both France and Italy to make major headlines throughout the rest of 2014.  I have always maintained that the next major wave of the economic collapse would begin in Europe, and that is exactly what is happening.  The following are just a few of the statistics that show that an “economic collapse” is happening in Europe right now…

-The unemployment rate in the eurozone as a whole is still sitting at an all-time record high of 12.1 percent.

-It Italy, the unemployment rate has soared to a brand new all-time record high of 12.7 percent.

-The youth unemployment rate in Italy has jumped up to 41.6 percent.

-The level of poverty in Italy is now the highest that has ever been recorded.

-Many analysts expect major economic trouble in Italy over the next couple of years.  The President of Italy is openly warning of “widespread social tension and unrest” in his nation in 2014.

-Citigroup is projecting that Italy’s debt to GDP ratio will surpass 140 percent by the year 2016.

-Citigroup is projecting that Greece’s debt to GDP ratio will surpass 200 percent by the year 2016.

-Citigroup is projecting that the unemployment rate in Greece will reach 32 percent in 2015.

-The unemployment rate in Spain is still sitting at an all-time record high of 26.7 percent.

-The youth unemployment rate in Spain is now up to 57.7 percent – even higher than in Greece.

-The percentage of bad loans in Spain has risen for eight straight months and recently hit a brand new all-time record high of 13 percent.

-The number of mortgage applications in Spain has fallen by 90 percent since the peak of the housing boom.

-The unemployment rate in France has risen for 9 quarters in a row and recently soared to a new 16 year high.

-For 2013, car sales in Europe were on pace to hit the lowest yearly level ever recorded.

-Deutsche Bank, probably the most important bank in Germany, is the most highly leveraged bank in Europe (60 to 1) and it has approximately 70 trillion dollars worth of exposure to derivatives.

Europe truly is experiencing an economic nightmare, and it is only going to get worse.

It would be hard to put into words the extreme desperation that unemployed workers throughout Europe are feeling right now.  When you can’t feed your family and you can’t find work no matter how hard you try, it can be absolutely soul crushing.

To get an idea of the level of desperation in Spain, check out the following anecdote from a recent NPR article…

Look no further than a single Ikea furniture store on Spain’s Mediterranean coast.

The plans to open a new megastore next summer near Valencia. On Monday, Ikea’s started taking applications for 400 jobs at the new store.

The company wasn’t prepared for what came next.

Within 48 hours, more than 20,000 people had applied online for those 400 jobs. The volume crashed Ikea’s computer servers in Spain.

Of course that should kind of remind you of what I wrote about yesterday.  We are starting to see this kind of intense competition for low paying jobs in the United States as well.

As global economic conditions continue to deteriorate, things are going to get even tougher for those on the low end of the economic food chain.  Poverty rates are going to soar, even in areas where you might not expect it to happen.  In fact, one new report discovered that poverty has already been rising steadily in Germany, which is supposed to be the strongest economy in the entire eurozone…

A few days before the Christmas holidays, the Joint Welfare Association published a report on the regional development of poverty in Germany in 2013 titled “Between prosperity and poverty—a test to breaking point”. The report refutes the official propaganda that Germany has remained largely unaffected by the crisis and is a haven of prosperity inEurope.

According to the report, poverty in Germany has “reached a sad record high”. Entire cities and regions have been plunged into ever deeper economic and social crisis. “The social and regional centrifugal forces, as measured by the spread of incomes, have increased dramatically in Germany since 2006,” it says. Germany faces “a test to breaking point.”

Of course poverty continues to explode on this side of the Atlantic Ocean as well.  In the United States, the poverty rate has been at 15 percent or above for three years in a row.  That is the first time that this has happened since the 1960s.

And this is just the beginning.  The extreme recklessness of European banks such as Deutsche Bank and U.S. banks such as JPMorgan Chase, Citibank and Goldman Sachs is eventually going to cause a financial catastrophe far worse than what we experienced back in 2008.

When that crisis arrives, the flow of credit is going to freeze up dramatically and economic activity will grind to a standstill.  Unemployment, poverty and all of our current economic problems will become much, much worse.

So as bad as things are right now, the truth is that this is nothing compared to what is coming.

I hope that you are getting prepared for the coming storm while you still can.