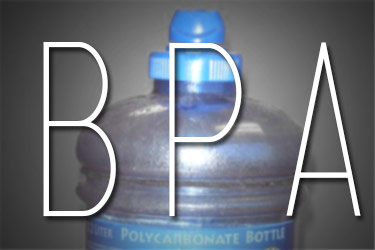 A University of Illinois at Chicago study just published in the journal Endocrinology has determined that even a low level of exposure to the plastic component bisphenol A, or BPA, during development contributes to an increased risk of developing prostate cancer later in life.

“Previous studies have shown that people who avoided all contact with plastics or other BPA-containing objects for up to a month or more still had BPA in their urine, which means they must have come into contact with BPA in the last 24 to 48 hours, since it clears the body rather quickly,” said Prins, who is director of the UIC andrology laboratory. “It’s very hard to avoid.”

Exposure of the fetus to BPA in utero is of particular concern, because the chemical, which mimics the hormone estrogen, has been linked to several kinds of cancer, including prostate cancer, in rodent models. The new findings show that human prostate tissue is also susceptible. (source)

That means that a plastic chemical found all over the place can set someone up to get prostate cancer before he is even born.

BPA, a nearly ubiquitous plasticizer found in everything from soup can liners to plastic water bottles, has perhaps been more widely publicized for its link in studies to breast cancer, but it’s also been linked to a myriad of other negative health symptoms including everything from altering metabolism, leading to obesity, glucose intolerance, insulin resistance and ultimately diabetes, to hormone-related issues like thyroid dysfunction, to painful reproductive system disorders like polycystic ovarian syndrome (PCOS) and infertility among many other health issues.

BPA is a xenoestrogen, meaning it mimics estrogen in the body and wreaks all kinds of havoc on hormone receptors and, ultimately, the rest of the body’s systems. As the quote above suggests, however, the stuff is nearly everywhere at this point and hard to avoid in modern society. Studies show even our paper money is contaminated with it. The main way people come in contact with BPA, however, is in plastic packaging and can liners which can leach it into food and beverages.

The detrimental effects of BPA are so widely known at this point, that countries like Canada have officially listed it as a toxic substance, and France has actually banned all BPA from food packaging in the country by 2015.

Considering the fact that some six billion pounds of BPA are produced annually and over a million pounds of it are released into the environment every year, on top of the multitude of studies showing BPA is more harmful to people and the environment than it is helpful, what is the FDA doing here in America to ‘protect the public health’ as the agency’s mission states?

Answer? Barely anything at all.

While the FDA did ban BPA in baby bottles and sippy cups in 2012 (finally, after a bunch of other countries did it first years earlier), the FDA rejected a petition that same year by the Natural Resources Defense Council (NRDC) to outright ban the dangerous chemical in our food packaging.

Worse, apparently because 90% of Americans have BPA present in their bloodstream, there’s a claim that reliable studies cannot be done because a BPA-free control group would be tough to find! (I bet if you asked most people, the fact that the vast majority of us here in the U.S. have blood tainted with a plastic chemical to the point a reliable study can’t even be done is proof enough we probably need tougher regulations, science or no science).

Then again, we are living in the same country where doctors and scientists throw common sense completely out the window with claims like, because there are no long-term studies to show that eating less pesticide is better for you, there’s no valid proof that it is. (I mean, I haven’t read a long-term study that says jumping naked in a vat of starving, rabid piranha fish is bad for my health either, but common sense says it’s just not that bright of an idea…)

The FDA’s official statement on BPA is filled with ridiculous, whiny-sounding excuses about the fact that, because BPA was approved 40 years ago (when the agency should have done its job in the first place and made sure the stuff was safe to begin with), it would be really tough to regulate it now:

For example, today there exist hundreds of different formulations for BPA-containing epoxy linings, which have varying characteristics.  As currently regulated, manufacturers are not required to disclose to FDA the existence or nature of these formulations.  Furthermore, if FDA were to decide to revoke one or more approved uses, FDA would need to undertake what could be a lengthy process of rulemaking to accomplish this goal. [emphasis added]

So the FDA would have to undertake a lengthy process of rulemaking to get a dangerous, potentially cancer-causing agent away from us and our children? BOO-FREAKIN’-HOO. How about people are dying of cancer and women are having fertility issues all over the place and developing fetuses are being damaged before they even have a chance to be born and this is one more antagonist that could be causing it and should be avoided?

Then again, with an ex-Monsanto Vice President for Public Policy currently (laughingly) sitting as our FDA Deputy Commissioner for Foods, I guess we really can’t expect all that much from the agency anyway.