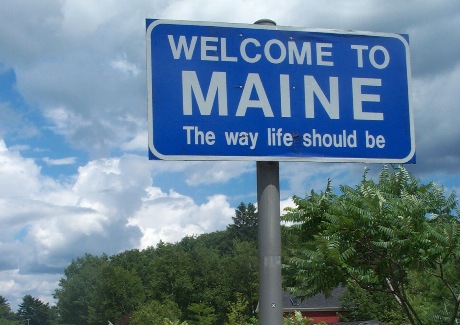 Maine joined Connecticut this week as the second state in the nation to sign a genetically modified food labeling law, but you may not have heard much about it because the mainstream media hasn’t really said anything about it.

Do a basic news engine search and you’ll see that no mainstream media outlets have reported anything on this story. In fact, at the time of writing this, the most I could find was Washington Post Blog and Grist (with a ridiculously biased title).

No other major news outlets are touching this story. Why?

Well, I guess that speaks volumes about who owns the mainstream news and what their agenda really is, doesn’t it (that was rhetorical).

Connecticut became the first state to sign a law requiring that foods be labeled if they contain genetically modified ingredients back in December, as reported by Russia Today:

The Connecticut bill requires at least four other Northeastern states with a combined population of no fewer than 20 million to approve similar acts before it can officially go on the books. And while so far proponents of a GMO labeling initiative have found allies in one adjacent state, it could very well be a long-time coming before the proper support is rallied.

That’s right. These laws come with some pretty big caveats.

Even though two states have signed on, they still need three more, and all states involved must be A) Northeastern states with B) a combined total of 20 million people living in them for the law to be official.

Connecticut and Maine have a combined population of about only five million.

This seems like a lot of unnecessary obstacles to pass a law the people who live in these states obviously want, doesn’t it?

As the Kennebec Journal points out:

Proponents of the bill said the provision would quell concerns about an almost-certain lawsuit by industry groups and Monsanto, which vowed to challenge the laws in Maine and Connecticut on the basis that they violate the free speech and interstate commerce provisions of the U.S. Constitution.

Yep. That’s right. States aren’t going at it alone because apparently they are scared of being sued by Monsanto.

Also, knowing what is in your food is apparently somehow unconstitutional.

To be fair, Monsanto did threaten to sue the state of Vermont back in spring 2012 over even thinking about passing a GMO labeling bill.

So, I guess that means Monsanto and mega food companies are now running the show and making all the rules, I’m sorry, laws, and those laws (or lack thereof) say you don’t get to know what’s in your food.

(In other news, a leaked memo from the Grocery Manufacturers Association’s chief lobbyist shows GMO labeling opponents don’t want any states to have labeling laws because GMO labeling “misinforms consumers,” but they are stumping for a totally worthless voluntary federal GMO labeling law that would preempt any states from passing a real labeling law…ever.)