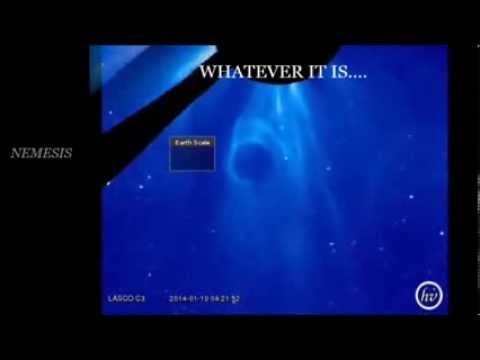 Researchers are baffled and speculation in internet forums abounds over images captured by NASA’s Solar and Heliospheric Observatory (SOHO) on January 10, 2014.

According to some the images depict a physical planet-sized object near the sun, while others have suggested the “object” is lens flare, a camera effect where light scatters across the camera’s lens.