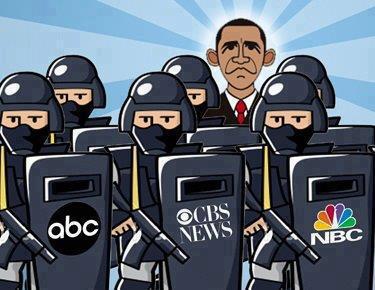 What a sad commentary on the media in today’s America when Chris Christie’s ubber traffic jam fiasco dubbed ‘BridgeGate’ got more media coverage in the first 24 hours after the story broke than the IRS scandal was given in the past six or so months.

Jumping fast and hard on the news about the Republican governor and presidential hopeful…and as they try to turn ‘BridgeGate’ into a career ending scandal…the in-the-pocket-of-Obama alphabet media gave a solid 34 minutes and 28 seconds of air-time to said traffic jam that first day in the hopes that it would divert, deflect, and distract us away from ObamaCare, Benghazi, the IRS and NSA scandals, the economic numbers being manipulated, and of critical importance…deflect our attention away from former Defense Secretary Robert Gates’ new tell all book…which in time could turn into the mother of all scandals because of Obama’s “absence of conviction” in regards to Afghanistan and Iraq.

And of course the alphabet media jumped on Christie NOT just to ruin his political career but also to take the pressure and focus off their next in-line-for-the-presidency ‘anointed one’…Hillary ‘What does it matter’ Clinton.

Divert, deflect, and distract…the fork in the road that the alphabet media travels that they rarely if ever exit to the right as they cover for Obama on a daily basis. And we know that so-called ‘fair and balanced’ reporting does NOT happen with today’s left-leaning reporters, talking heads, and political pundits who seem to report only their news of choice and who actually fabricate and make-up news when need be. And sadly, sometimes even FOX is guilty of this…the very conservative leaning station who loves to tout the words ‘fair and balanced’ every chance they get. 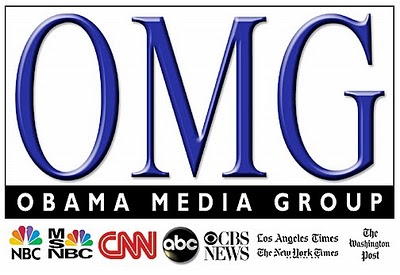 And while we know how critical it is for ‘We the People’ to maintain a proper perspective on what’s actually important vs. what’s being reported as important by those in the alphabet media who deliberately initiate bias, it becomes harder to maintain focus when media malice is the hallmark of the leftist media establishment who stacks the deck against conservatives every chance they get.

Just a few cases in point…Christie’s people having caused a traffic jam on the GW bridge gets major network coverage by the alphabet media, but Obama spitting in the face of our veterans by shutting down their access to the WWII Memorial instead had them either ignoring the story completely, or if they did cover it they twisted and distorted the facts to paint the ‘bad’ Republicans as the cause of the denied access, simply because they had to follow the Obama rhetoric that the Republicans forced the government shutdown.

And then there’s the IRS scandal…the scandal where TEA Party and conservative groups were denied or delayed in getting 501-C3 tax exempt status…which should be big news because Obama just appointed one of his own big money donors to head the investigation into the abuses. Talk about knowing the outcome of the investigation before the investigation even gets started…but only FOX is reporting on this…MSNBC, ABC, CBS, and even CNN are saying NOT a word.

And while our floundering economy trudges along, the alphabet media heralds the newest job’s numbers showing that the unemployment rate has declined from 7.0% to 6.7%. Yet they fail to report that only 74,000 new jobs were created in December as more people dropped out of the job’s market than entered it. In fact, they dare NOT tell you that since Obama took office more Americans have entered into poverty than have left it nor will you hear that to end poverty the focus should be on jobs creation NOT on increasing unemployment benefits as Obama wants to do…because if they did Obama would lose those loyal to him whose very existence depends on their living off his government freebies.

And then there’s ObamaCare…the gift that keeps on giving…giving ‘We the People’ heartburn that is. For example, the alphabet media bias for Obama was in-your-face-obvious last November when the NBC News hierarchy ordered that NO mention of the ObamaCare roll out disaster be mentioned on air for three days. NOT one word was said about the millions of Americans losing their health insurance nor was a word mentioned about the political damage that was done to Obama and the Democratic Party because of the Healthcare.gov website failures. An Obama policy disaster was ignored at the same time his LIES about being able to keep your current policy and doctors you liked was glossed over into becoming NOTHING but a slight misspeak, because ‘We the People’ should have known that Obama really meant we can keep both if they met ObamaCare’s mandated coverage.

Oh the joys of the doublespeak of the alphabet media (gag).

And Benghazi…what Barack HUSSEIN Obama referred to as a ‘bump in the road’ while he watched four Americans die in real time. How the liberal alphabet media tried and still tries to cover and deflect blame off of and away from both Obama and Hillary. Reporting over and over for weeks on end what Obama told them to report about a YouTube video critical of mohamed being the cause of the attack on our compound, they deliberately did NOT report the documented facts that Ambassador Stevens had sent numerous pleas for help to then Secretary of State Clinton because he feared the embassy could NOT sustain an attack and that he was concerned about the increase in islamic presence in Benghazi. And they also did NOT report that NO US forces were put in place or even made ready to respond to a possible attack (especially with the anniversary of 9/11 close at hand) or that there were those willing to go help even after the attack began but were ordered to ‘stand down’…NOT a word was said about this even though the media knew and still knows that only the president in his capacity as Commander-in-Chief can override the military command and issue an order to ‘stand down’.

And the last of my examples is how the alphabet media is reporting on Former Defense Secretary Robert Gate’s new book, ‘Duty: Memoirs of a Secretary at War.’ Painting a very unflattering picture of Barack HUSSEIN Obama as Commander-in-Chief, the media reports NOT on what Gates said or on his examples as proof given, but instead chooses to fuel negativity and controversy against the book in their effort to protect their anointed black ‘savior’ of us all. And Gates daring to tell the truth about the man who NOT only leads from behind but who actually does NOT lead at all, has the alphabet media scurrying to ‘make the story go away’ by giving it as little attention and airtime as possible.

So if those in the alphabet media who have now made the Christie ‘BridgeGate’ scandal their newest target to be focused on instead took a good, hard, unbiased look at the corrupt Obama administration and the true scandals of an anything but transparent administration run amok, and did the job they are supposed to do by reporting the truth instead of diverting, deflecting, and distracting all off Obama, this country would be a hell of a lot better off. But if all the alphabet media continues to do is cover for the Obama administration, they just might succeed in protecting and getting elected their 2016 candidate of choice…Hillary ‘What does it matter’ Clinton.

And that would be a nightmare courtesy of the alphabet media that America might NOT be able to wake up from.