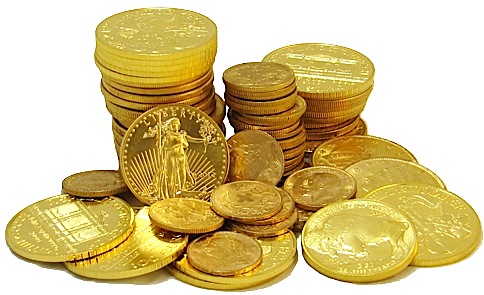 Within the first week of 2014 U.K.’s Royal Mint announced they had completely sold out of sovereign gold coins. On the other side of the pond, the U.S. Mint reports that the sale of silver coins hit an all-time high at the end of 2013, proving that demand for physical precious metals has not abated.

Yet, as investors the world over buy up as much physical gold as they can get their hands on, the companies that produce the gold have seen their stock prices decimated. Whether it’s the work of the shadow banking system or because Wall Street has convinced Main Street to dump their shares, precious metals have seen a significant drop from their historical highs just a couple years ago.

I have a document [from our leasing agent] that says because of the junior mining shut downs there’s over half a million square feet available in downtown Vancouver for office lease available at a big discount.

In the following interview with Future Money Trends Marin Katusa provides an insightful and in depth discussion on why this is exactly the kind of environment investors look for and how you can position yourself for success, whether you’re preparing for a scenario when precious metals become a bartering mechanism for trade or you want to diversify your retirement portfolio into investments that will survive under stressful financial conditions such as those we saw following the 2008 collapse.

When you’re in the valley of darkness, the right trade is the lonely trade, it’s not an easy trade to do.

It seems that the masses have been convinced the recession has ended and good times have returned. They’ve dumped their ownership in gold companies and jumped into broader stock markets full force. Everyone else is doing it, so it must be the right thing to do.

Whatever steps you’ve taken to insulate yourself against the impending destruction of our currency, national credit worthiness and financial markets, there have probably been times when you’ve felt like a loner.

But sometimes it’s good to be the loner. This is where the real opportunities are found.

And right now, as we sit on the cusp of a global economic crisis, it’s those of us in the valley of darkness that are preparing ourselves for a brighter future.