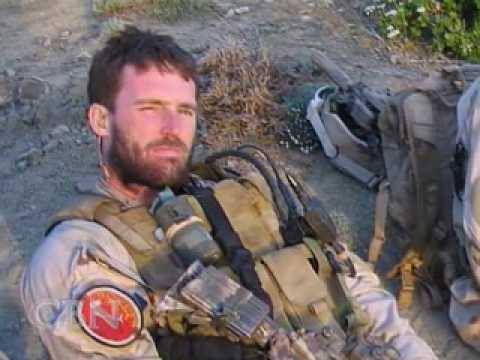 CNN host Jake Tapper gets an earful when he makes some personal observations about the engagement that played out with Luttrell and three of his comrades in the mountains of Afghanistan when they were attacked by a larger Taliban force.

One of the emotions I felt while watching was… first of all… the hopelessness of the situation… how horrific it was… And I was torn about the message of the film in the same way that I think I am about the war in Afghanistan itself. I don’t want any more senseless American death and at the same time I know that there are bad people there and good people that need help.

Luttrell, who is promoting the release of the Lone Survivor movie based on his book, responded as you might expect any Navy SEAL to do:

I don’t know what part of the film you were watching, but hopelessness never really came into it.

Where did you see that?

That never came across in the battle.

Tapper then attempted to back-peddle:

But the SEAL would have none of it:

Luttrell: We spend our whole lives training to defend this country and then we were sent over there by this country, so you’re telling me that because we were over there doing what we were told by our country that it was senseless… and my guys, what, they died for nothing?

Tapper: No. I’m not saying that at all.

Luttrell: That’s what you said.