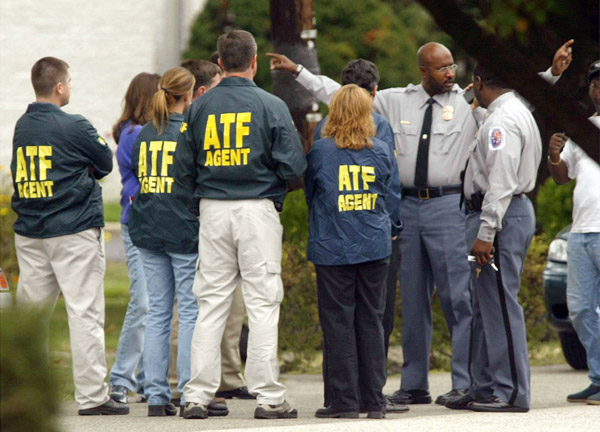 The Bureau of Alcohol, Tobacco and Firearms (ATF) should be a top contender for the award for the most dangerous and idiotic government agency.

Tactics used in stings conducted by the organization are under fire, and some members of Congress want answers. California Rep. Darrell Issa, the Republican chair of the House Oversight Committee, is leading the way.

He accused the Obama administration of waging “a war on guns” based on reports of the ATF’s “rogue” 2013 sting operations.

Last Thursday, Issa, Charles Grassley (R-Iowa), and Robert Goodlatte (R-Va.), signed a letter to ATF Director B. Todd Jones to demand answers about a series of agency failures (and just plain stupid actions) that were exposed by the Milwaukee Journal Sentinel.

The scathing letter demands answers to a series of questions about tactics used in storefront stings in six cities. About a year ago, Congress wrote to the ATF to inquire about an undercover storefront operation in Milwaukee that was dubbed “Operation Fearless.” According to last week’s letter, that sting was “rife with blunders, including theft of an assault rifle and two handguns from the primary undercover agent’s government vehicle, the burglary of the undercover storefront, and the recruitment of an allegedly brain-damaged man to coordinate gun deals.”

Apparently, the ATF gave Congress the impression that those questionable tactics and blunders were isolated to the Milwaukee sting. Now, based on watchdog reporting by the Journal Sentinel, Congress wants to know about stings in at least five other cities.

The Journal Sentinel found that the ATF used mentally disabled individuals to promote their operations in at least five cities — including paying one to get a tattoo on his neck advertising their storefront — and later had them charged with gun and drug crimes. The tattoo was of a giant squid smoking a joint.

In Milwaukee, three guns belonging to the case’s lead undercover agent, including a machine gun, were stolen. The machine gun remains missing.

Across the country, agents put stings near schools and churches, increasing arrest numbers and penalties — and attracting juveniles with free video games and alcohol. They paid so much for guns and other goods that in some cities it encouraged burglaries. In some cases, defendants bought guns at stores such as Gander Mountain and sold them to undercover agents hours later for more than double what they paid. (source)

The letter also questions the ATF about the waste of taxpayer money on purchases. For example, in Milwaukee, ATF agents spent $1250 on a gun that normally costs $400 – $700 and paid $2000 for a rifle that a suspect bought a few hours before at a retailer for $700.

Other alarming tactics and activities including agents instructing suspects on “field testing” automatic weapons and how to modify a weapon were questioned as well.

Concerns about poor management and the lack of accountability and supervision at the agency were raised, with comparisons to Operation Fast and Furious – and the fact that no one was fired over that incident was pointed out.

“Operations like this raise questions as to whether ATF was manufacturing crime that would not have otherwise occurred, effectively increasing the overall crime rates in the neighborhoods where the storefronts were located,” the letter said.

On Fox News, Issa shared some harsh words for the Obama administration:

“This is ‘Fast and Furious’ revisited. You finally have a confirmed director, Todd Jones, who was supposed to clean up these operations. And instead — what you see in many of these cases — they’re continuing. They’re continuing to have this be what’s called a ‘rogue organization.’ But I think for the members of the ATF, I want to make sure I make one thing clear. The ATF never acts alone. The FBI and the U.S. attorneys in each of these areas — political appointees — they work hand in hand… This is the president, President Obama’s Department of Justice that continues to support these sting operations, these ‘rogue operations’ as they’re called, that lead to harm in communities.”

Issa explained why the Obama administration is going to such extremes to get guns off the street:

“I think what we have here once again is a war on guns, if you will, that causes them to take these bold moves — bold and reckless moves — because they hate guns so much,” he said. “‘Fast and Furious’ had the opposite effect; it made Americans scared of their government… Whether it’s ‘Fast and Furious’ or being lied to by the NSA, the American people are getting tired of assuming that an agency does one thing and then finding out that they’re abusing citizens, and in this case the mentally retarded.”

Justice Department Inspector General Michael Horowitz is already investigating the ATF’s Milwaukee storefront sting, as part of a review of reforms promised by the agency in the wake of its disastrous Operation Fast and Furious.  He has not indicated if he will expand his investigation to include storefront stings in cities other than Milwaukee. His spokesman declined to comment Friday.