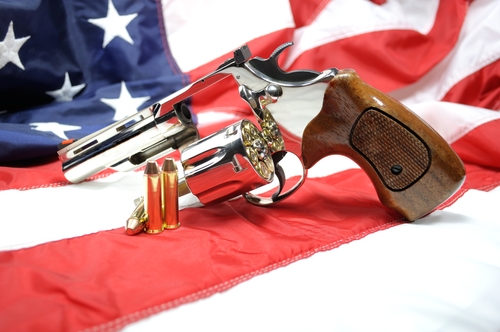 A Florida concealed carry permit holder had an unpleasant run-in with a Maryland police officer while traveling through the state.

John Filippidis and his family drove from Florida to New Jersey last December for Christmas and a wedding. He knew he’d be traveling through states that aren’t gun-friendly, so he left his gun at home.

“I know the laws and I know the rules,” Filippidis said. “There are, after all, ways gun owners can travel legally with firearms through hostile states.  But I just think it’s a better idea to leave it home.”

Filippidis was followed by a Maryland cop on I-95 after passing through the Fort McHenry tunnel. He said the cop flanked him, pulled ahead of him, and then got behind them. After about ten minutes of that, the officer pulled Filippidis over.

“Ten minutes he’s behind us,” John says. “We weren’t speeding. In fact, lots of other cars were whizzing past.”

The officer was from the Transportation Authority Police. He asked Filippidis for his license and registration. Around ten minutes later, he returned and asked John to exit his vehicle.

Filippidis told the officer his gun was at home in his safe.

Apparently the officer didn’t believe Filippidis, because he began questioning his wife, Kally, next:

“Your husband owns a gun. Where is it?”

First Kally said, “I don’t know.” Retelling it later to the Tampa Tribune, she said, “And that’s all I should have said.” Instead, attempting to be helpful, she added, “Maybe in the glove [box]. Maybe in the console. I’m scared of it. I don’t want to have anything to do with it. I might shoot right through my foot.”

“You’re a liar. You’re lying to me. Your family says you have it. Where is the gun? Tell me where it is and we can resolve this right now.”

Of course a gun could not be produced, since it was home in Filippidis’ safe.

This prompted the officer to call for backup, as the Tampa Tribune reports:

Kally’s failure to corroborate John’s account, the officer would tell them later, was the probable cause that allowed him to summon backup — three marked cars joined the lineup along the I-95 shoulder — and empty the Expedition of riders, luggage, Christmas gifts, laundry bags; to pat down Kally and Yianni; to explore the engine compartment and probe inside door panels; and to separate and isolate the Filippidises in the back seats of the patrol cars.

Almost two hours later, after no weapon was found, the Filippidis family was given a written warning (the offense was not noted) and the ordeal ended.

How the officer knew that Filippidis owns a gun has not been revealed. MTAP is conducting an investigation and could not comment.