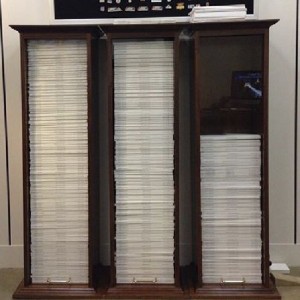 Americans have never had less economic freedom than they do right now.  The 2014 Index of Economic Freedom has just been released, and it turns out that the level of economic freedom in the United States has now fallen for seven consecutive years.  But of course none of us need a report or a survey to tell us that.  All we have to do is open our eyes and look around.  At this point our entire society is completely dominated by control freaks and bureaucrats.  Our economy is literally being suffocated to death by millions of laws, rules and regulations and each year brings a fresh tsunami of red tape.  As you will see below, the U.S. government issued more than 80,000 pages of brand new rules and regulations last year on top of what we already had.  Even if we didn’t have all of the other monumental economic problems that we are currently facing, all of this bureaucracy alone would be enough to kill our economy.

Yes, every society needs a few basic rules.  We would have total chaos if we did not have any laws at all.  But in general, when there is more economic freedom there tends to be more economic prosperity.  In fact, the greatest period of economic growth in U.S. history was during a time when the federal government was much smaller, there was no Federal Reserve and there was no income tax.  Most Americans do not know this.

Those that founded this nation intended for it to be a place where freedom was maximized and government intrusion into our lives was minimized.

If they were still alive today, they would be absolutely horrified.  We are literally drowning in red tape.

The photo posted below was shared by U.S. Senator Mike Lee on his Facebook page.  Study it carefully… 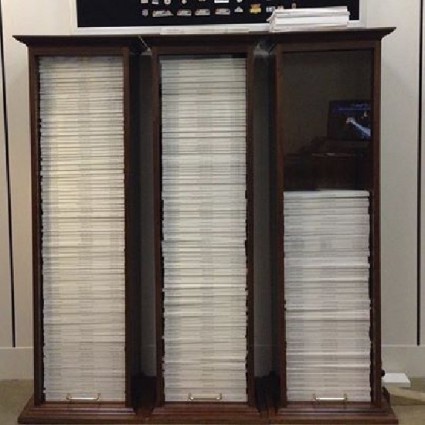 The following is what he had to say about this photo…

“Behold my display of the 2013 Federal Register. It contains over 80,000 pages of new rules, regulations, and notices all written and passed by unelected bureaucrats. The small stack of papers on top of the display are the laws passed by elected members of Congress and signed into law by the president.”

I didn’t even see the small stack of paper at the top of the cabinet until I read his explanation.  Most of the time everyone is so focused on what Congress is doing, but the truth is that the real oppression is happening behind the scenes as unelected federal bureaucrats pump out millions upon millions of useless regulations that are systematically killing our economic freedom.

On Tuesday, an article about the 2014 Index of Economic Freedom was published by the Wall Street Journal.  As I mentioned above, the United States has fallen for seven years in a row…

World economic freedom has reached record levels, according to the 2014 Index of Economic Freedom, released Tuesday by the Heritage Foundation and The Wall Street Journal. But after seven straight years of decline, the U.S. has dropped out of the top 10 most economically free countries.

It’s not hard to see why the U.S. is losing ground. Even marginal tax rates exceeding 43% cannot finance runaway government spending, which has caused the national debt to skyrocket. The Obama administration continues to shackle entire sectors of the economy with regulation, including health care, finance and energy. The intervention impedes both personal freedom and national prosperity.

And of course the results are predictable.  Our economy has been steadily declining for many years, and that decline appears to be ready to start picking up speed once again.  The following is an excerpt from a recent article by Dave in Denver…

In the latest retail sales report for December, auto sales were nailed – down 1.8%. The only reason overall retail sales from November to December showed a slight “gain” that November’s number was revised lower. Electronics fell off of a cliff. The housing market is about to get crushed. Feedback I’m getting from my Seeking Alpha articles and blog posts on housing from housing market professionals all around the country tells me that the housing market hit a wall at the end of 2013, as I have been forecasting.

What he said about the housing market is definitely true.  In recent months, mortgage originations have been falling like a rock.  Just check out this chart.

And as I wrote about the other day, there has been absolutely no employment recovery since the end of the last recession.  In fact,1,687,000 fewer Americans have jobs today compared to exactly six years ago even though the population has grown significantly since then.

Unfortunately, these are not just “cyclical problems”.  Long ago we abandoned the fundamental principles that once made our economy great, and now we are paying a tremendous price for that.

Posted below is a story that has been circulating all over the Internet for quite some time.  It is a fake story.  Once again, let me repeat that.  This is a fake story.  But I think that it does a great job of illustrating what is happening to America as we march toward full-fledged socialism…

An economics professor at a local college made a statement that he had never failed a single student before, but had recently failed an entire class. That class had insisted that Obama’s socialism worked and that no one would be poor and no one would be rich, a great equalizer.

The professor then said, “OK, we will have an experiment in this class on Obama’s plan”.. All grades will be averaged and everyone will receive the same grade so no one will fail and no one will receive an A…. (substituting grades for dollars – something closer to home and more readily understood by all).

The second test average was a D! No one was happy. When the 3rd test rolled around, the average was an F. As the tests proceeded, the scores never increased as bickering, blame and name-calling all resulted in hard feelings and no one would study for the benefit of anyone else.

To their great surprise, ALL FAILED and the professor told them that socialism would also ultimately fail because when the reward is great, the effort to succeed is great, but when government takes all the reward away, no one will try or want to succeed. Could not be any simpler than that.

A staggering 45 percent of all Americans now consider themselves to be Independents.  Deep down, most Americans know that something is seriously wrong with our nation and that they are being lied to be our politicians and the mainstream media.

Unfortunately, there is very little agreement about how to fix things because Americans do not have a set of shared values that we all agree on anymore.

So what do you think?  Do you believe that you know how to fix things?  If so, please feel free to share your plan by posting a comment below…